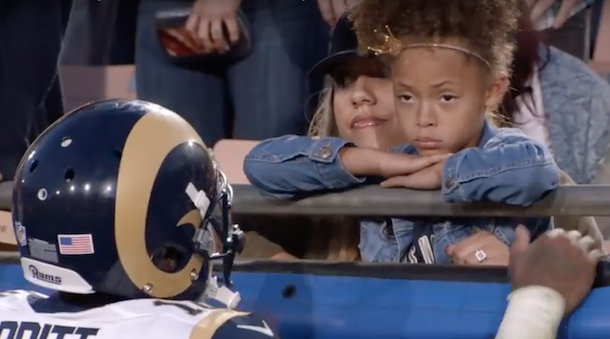 During the first season of Amazon’s original sports documentary series All or Nothing, viewers got to witness the 2015 NFL season through the eyes of the 13-3 Arizona Cardinals. That team ended its season just one game short of an appearance in Super Bowl 50.

For the second season of All or Nothing, available on June 30 through Amazon Prime, the focus of the show switched to a totally different circumstance. The NFL Films crew was forced to endure the excruciating, emotionally taxing task of documenting the 2016 season of the 4-12 Los Angeles Rams.

Despite the Rams’ year of football not being anywhere close to a success, All or Nothing still provides viewers with many memorable moments beginning with the team’s move to Los Angeles (which was also documented on HBO’s Hard Knocks). The series then covers the drafting of quarterback Jared Goff to the team, moves on to starting the season 3-1, and finally ends with Rams head coach Jeff Fisher informing his players that he has been fired.

As usual, NFL Films does a great job in highlighting specific details about a team’s players and coaching staff that are mostly unknown to the common football fan. These aspects of the show are really what holds it together since watching a team lose 12 out of 16 games is not what one would call “entertaining.”

If not for this season of All or Nothing, no one would know how Case Keenum’s consistent avoidance of blurting out curse words bears a keen resemblance to one Ned Flanders. Even at his most frustrating points in the regular season (and boy, were there a lot of them), the worst word or phrase that is muttered out of Keenum’s mouth is “shoot” or the occasional “son of a biscuit.”

Rams defensive end William Hayes made himself a little more notable to fans this year after his comments during the most recent season of Hard Knocks in which he proclaimed his belief in mermaids and his disbelief in dinosaurs. In All or Nothing, Hayes continued to share his mind-boggling thoughts with the world. For example, in one episode, he stated how it was a stupid rule that NFL teams had to be truthful about their injury reports each week. 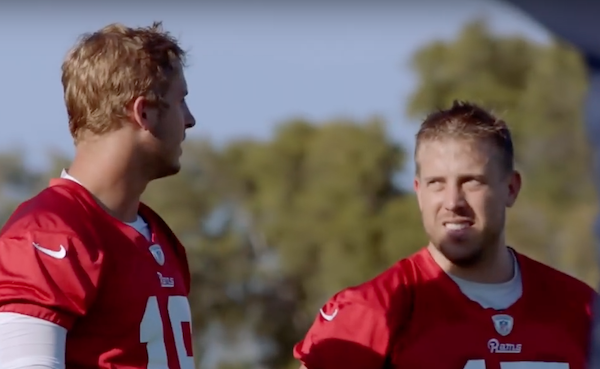 A majority of this year’s show was based around the battle for the starting quarterback job between Keenum and Goff. It ended up not being so much of a battle as it was Keenum just not getting the job done. After Fisher finally made the decision during the middle of the season to start Goff, viewers of All or Nothing are given exclusive access to Keenum’s reaction. The quarterback obviously expressed his disappointment, but also acted with great class when it came helping the young rookie adjust to his new role.

If there was a secondary storyline for this season of All or Nothing, it would have to be the downfall of Fisher as the Rams’ head coach.

During the beginning of the year, he had the Rams playing well and sitting at 3-1 after their first four games. But after the team lost eight of their next nine matchups, the Los Angeles front office decided a change needed to be made and fired Fisher with three weeks left in the regular season. (And this was after the team had given Fisher a three-year contract extension.) 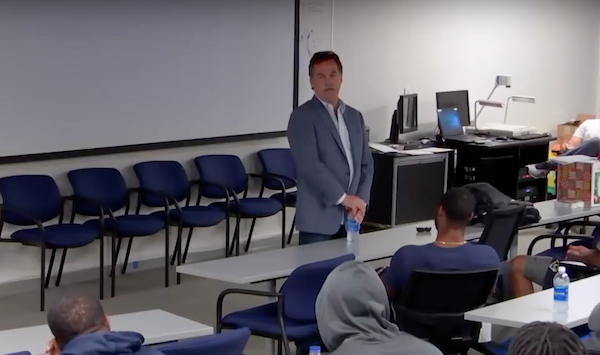 This was a situation that had never really ever been filmed or revealed to the media before this season of All or Nothing. Viewers get to see exactly how Fisher handles telling the news to his coaches and then to his players.

The reactions from the Rams’ players and coaches ranged from angry to sad to disappointing. Some shed tears while others just put their hands over their faces.

So the team’s first season in Los Angeles was obviously not a success, but there was still a story to be told, even if it was painful to follow. NFL Films, who can make any team’s season look good, still took that story and turned it into a masterpiece with this year’s season of All or Nothing.

All or Nothing is available exclusively on Amazon Prime Video on June 30.