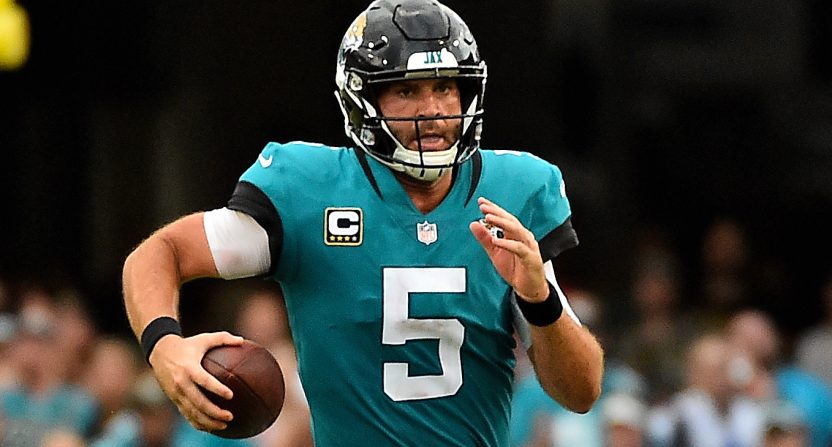 The NFL and their network partners experienced ratings increases in most broadcast windows in Week 1. For Week 2, ratings are up again for the Sunday windows on CBS, Fox, and NBC.

Overnight ratings were up over last year for both of the Sunday afternoon broadcasters.

Per CBS, their Week 2 doubleheader, highlighted by the Jaguars’ 31-20 win over the Patriots, averaged a 14.0 overnight, up 1% from last year.

CBS Sports’ Week 2 coverage of THE NFL ON CBS on Sunday, Sept. 16 scored its best opening NFL doubleheader game rating in three years and is the highest-rated game of the day on any network earning an average overnight household rating/share of 14.0/28, up +1% from last year (13.8/27) in the metered markets.

1% may not sound like a significant increase, but considering Hurricane Florence caused many in the southeast to seek safety (as well as local hurricane coverage potentially preempting the NFL), any increase is a positive for the network.

Fox reported similar increases for their singleheader coverage, with the window increasing 18% from 2017’s Week 2 singleheader on CBS and 6% from Fox’s first singleheader a year ago (Week 3).

The window drew a 10.9 overnight rating for a hodgepodge of games, highlighted by the Vikings-Packers 29-29 tie.

NBC also saw an increase for Sunday Night Football, which was expected, given that the matchup was Giants-Cowboys.

Giants-Cowboys on NBC’s Sunday Night Football was Sunday’s top primetime show with 13.8/24 overnight (not including digital, excluding Raleigh-Durham) – up 10% from last year’s Week 2 (12.5/21 for Packers-Falcons)

Now that the NFL season is a couple weeks old and we have seen rating increases (primarily in the Sunday windows), maybe 2017 was the nadir for NFL ratings and they will experience an upward trend. It’s impossible to pinpoint exactly why ratings are increasing on broadcast TV this year, but yesterday’s games did bring their share of excitement (especially compared to the sloppy, uncompetitive games that dotted last year’s schedule). The dialing down of protests during the national anthem and increased legalization of sports gambling also could be positively effecting the league’s viewership, but at this point, those are just theories.