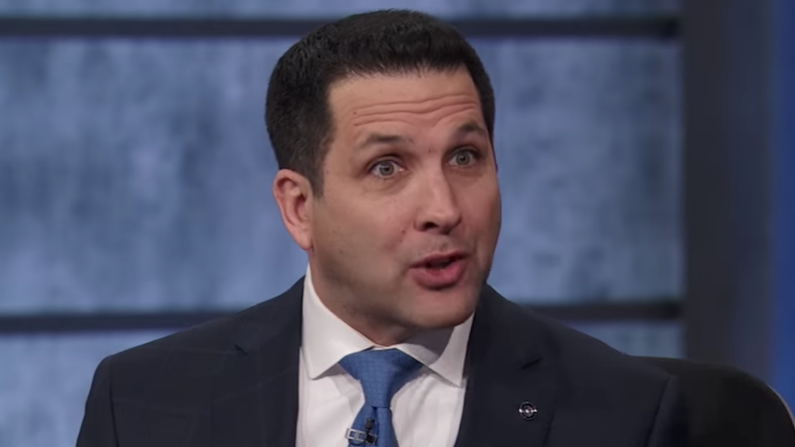 A few weeks ago we learned that ESPN finally got Peyton Manning to work as a Monday Night Football analyst, albeit on an entirely new broadcast, alongside his brother Eli, and only for ten games per season.

One thing left unclear: who would be hosting alongside the Manning brothers. The initial release just said this:

“Peyton and Eli will be joined each week by a to-be-determined host.”

ESPN obviously has plenty of talent to draw from to find that to-be-determined host, and according to a report today, one name on that potential host list: Adam Schefter.

That’s from Michael McCarthy at Front Office Sports, who notes that Schefter will certainly have competition:

Schefter’s name has surged to the top of the candidates list to work with the Manning brothers on the 10-game MegaCast, which will air on ESPN2 and stream on Disney platforms like ESPN+.

However, ESPN is still casting a wide net for a host to work with the brothers on the so-called “ManningCast.” The network is still exploring multiple candidates and different options and no decisions have been made, said sources.

Obviously Schefter isn’t a play-by-play broadcaster, but McCarthy also provided some details about what ESPN is looking for from the role, and it’s much more in the vein of a panel discussion than a traditional game broadcast:

The hosting job is envisioned “more like Ernie Johnson Jr. — and less like Al Michaels,” said one source.

“It will be like watching ‘Monday Night Football’ with the Mannings and their friends. The win will be how funny and interesting the whole conversation is,” he said. “If you want down and distance, that’s on the main broadcast. This should look and feel totally different.”

That makes sense, as ESPN isn’t looking to cannibalize their traditional MNF audience with this alternate feed. It’s a familiar concept to anyone who’s watched any of the prior college football Megacast channels, especially something like the coaches film room; more informal, discussing what’s happening and offering some back-and-forth, with the discussion steered by a host.

As for Schefter in the role, well, that’s a bit tougher to imagine. Obviously he knows both of the Manning brothers, and he has an incredible amount of time on camera. Clearly this would be an opportunity for him to do more than break news; a role like this would allow for more free-flowing conversation and more personality, among other things, in a highly visible spot.

Of course, given all of that, ESPN might want to consider putting someone in this spot who has a lot more experience doing that kind of thing on camera. There would be a lot of other candidates just within ESPN who could seemingly offer a more distinctive tone for what’s supposed to be a completely separate broadcast. (A personal thought, off the top of my head: Mina Kimes would be great.)

Schefter obviously has a long history with ESPN, and is a huge part of the network’s NFL coverage and reporting. If he’s interested, he’ll obviously be considered. But it looks like ESPN is going to be open to multiple candidates for this role, as they should be. We’ll know who it is soon, though: the first Manning Megacast is set for Week 1, which isn’t that far away.