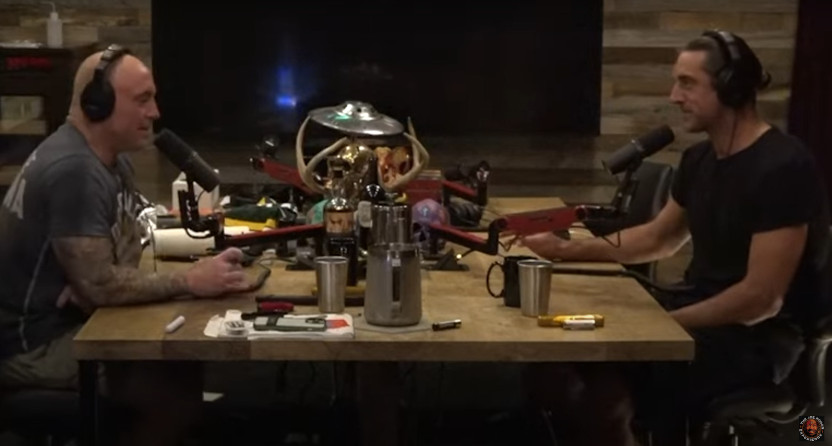 Last November saw a flurry of discussion around the revelation that Green Bay Packers’ quarterback Aaron Rodgers wasn’t vaccinated against COVID-19, which came in the wake of him previously telling reporters “Yeah, I’m immunized” in August 2021 and following the NFL/NFLPA protocols for vaccinated players (including appearing at press conferences without a mask) rather than unvaccinated players. An interesting aspect of that is how Rodgers’ own comments on his actions have varied significantly over time, with him initially saying he “didn’t lie” and blasting a supposed “witch hunt” against him, then going to “I misled some people about my status, which I take full responsibility for” the next week.

Now, Rodgers has gone back to blaming media for “an attempted takedown of me and my word,” and claiming any misunderstanding was because he wasn’t specifically asked about what he meant by “immunized.” Those latest comments come from a conversation Rodgers had with Joe Rogan (one of the people he previously spoke to for medical advice) on The Joe Rogan Experience. Here’s that clip, titled “Aaron Rodgers Clears the Air on ‘Immunized’ Controversy:

Mike Florio of Pro Football Talk has a transcription of the key comments here:

“I’d been ready the entire time for this question, and had thought about how I wanted to answer it. And I had come to the conclusion I’m gonna say, ‘I’ve been immunized.’ And if there’s a follow-up, then talk about my process. But, [I] thought there’s a possibility that I say ‘I’m immunized,’ maybe they understand what that means, maybe they don’t. Maybe they follow up. They didn’t follow up. So then I go the season them thinking, some of them, that I was vaccinated. The only follow up they asked was basically asking me to rip on my teammates.”

“. . . But I knew at some point if I contracted COVID or if word got out, because it’s the NFL and there’s leaks everywhere, it was possible I’d have to answer the questions. And then sure enough, I contract COVID in the beginning of November, end of October. And that’s when the shit storm hit, because now I’m a liar, I’m endangering the community, my teammates, all these people. And the, you know, attempted takedown of me and, you know, my word and my integrity, began.”

Rodgers (seen at right above with Rogan during this podcast) is entitled to regard his comments any way he wants, but that doesn’t mean the rest of the world has to agree. And he doesn’t address the other part of his “misleading” actions here, which was ignoring the protocols for unvaccinated players, furthering the pretense that he was vaccinated. This wasn’t solely about the lack of a particular follow-up to “I’m immunized.” Rodgers has previously addressed why he did that, including with “The great MLK said you have a moral obligation to object to unjust rules and rules that make no sense,” but it’s interesting to see him go after media for an “attempted takedown of me and my word and my integrity” when both his actions and words were at the very least “misleading,” as he previously said.

And that may be a notable pivot back, with implications for Rodgers’ interactions with media this NFL season. Of course, Rodgers has put out plenty of rants about the media since that initial November flurry, including bashing the “binary news media,” blasting a Wall Street Journal piece that took his comments on his toe seriously (while misidentifying who wrote it), and calling one reporter who said he wouldn’t vote for Rodgers for NFL MVP “an absolute bum.”

But, until now, Rodgers hadn’t really dove back into the initial “immunized” controversy. He seemed fine to let it stand with the “I misled some people about my status, which I take full responsibility for.” Now, he’s pivoted back to it being the media’s fault. And while Rodgers does have plenty of friendly venues to speak, including The Pat McAfee Show and now Rogan’s podcast, this suggests we may see him returning to flare-ups with other media.