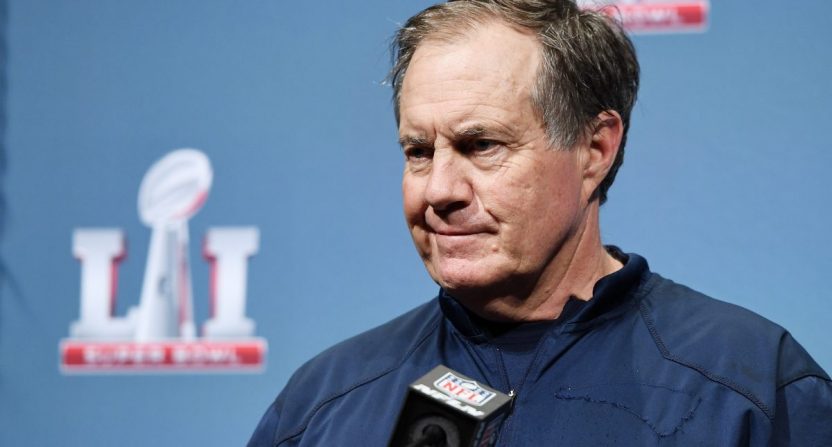 We learned last month that New England Patriots coach Bill Belichick would be narrating a documentary about D-Day.

Well, we now know what the Super Bowl-winning coach will actually sound like on the big screen. A trailer was released Wednesday for the documentary, which is called D-Day: Over Normandy.

The film is set to be shown on PBS this spring.

It looks like PBS wanted to really make sure you knew Belichick was the voice behind this film. We get nearly three minutes of an excited sounding Belichick, a far cry from his press conference persona.

Things like this really do show Belichick’s passions. These moments also help remind us that he is, in fact, a human being. Maybe Belichick could launch a second career in voice acting. He definitely knows his way around cameras.