Kobe Bryant, his daughter Gianna, and seven others were killed in a Southern California helicopter crash one year ago today.

Considering everything that’s happened in the world since that day, it might feel like it was a lot longer than a year, but here we are. Obviously the calendar anniversary has led to various retrospectives and looks back, but considering the nature of the accident, it’s been crucial that outlets don’t end up on the tasteless clickbait side of the occasion.

One that failed: USA Today Sports, which out of nowhere today began live-tweeting the exact sequence of events that happened one year ago. That alone is pretty much impossible to do appropriately, but the content itself didn’t come close to the mark, sparking immediate backlash and leading to the thread being deleted shortly after it was completed.

(A note/trigger warning: the tweets are included here as an example of how not to do something, and as evidence that this post critical of USA Today was warranted. Obviously you might prefer to skip this kind of reliving, and if so, feel free to do so.) 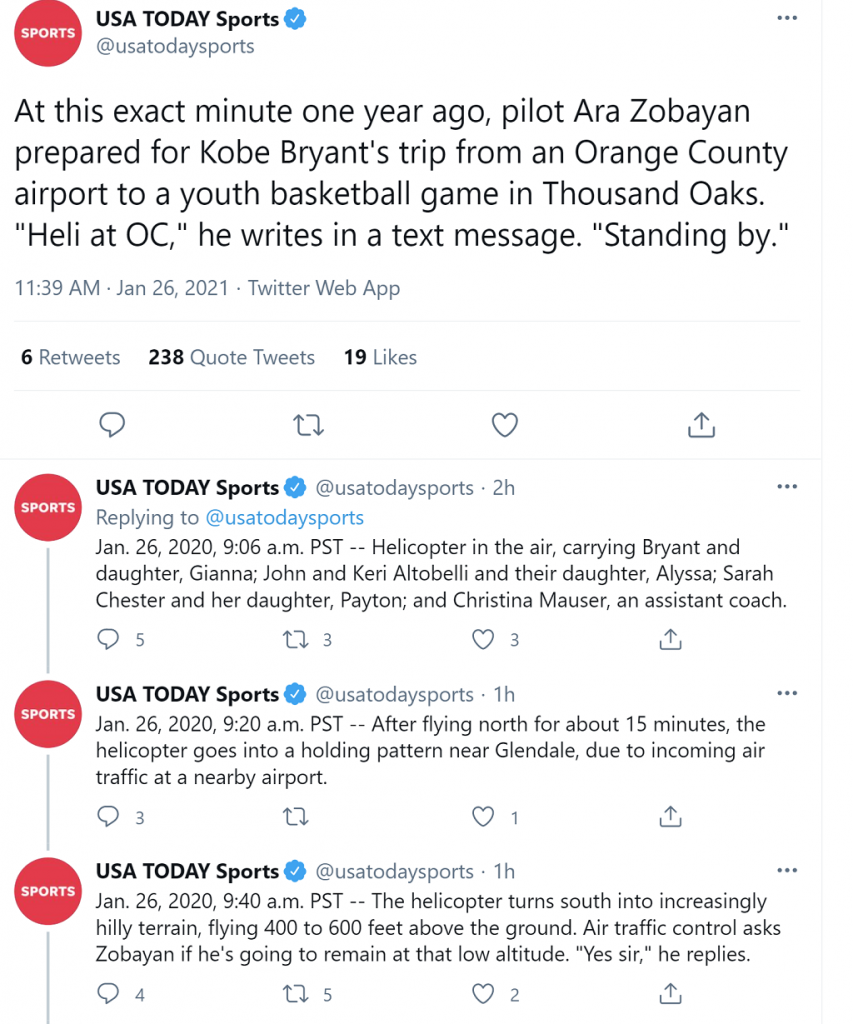 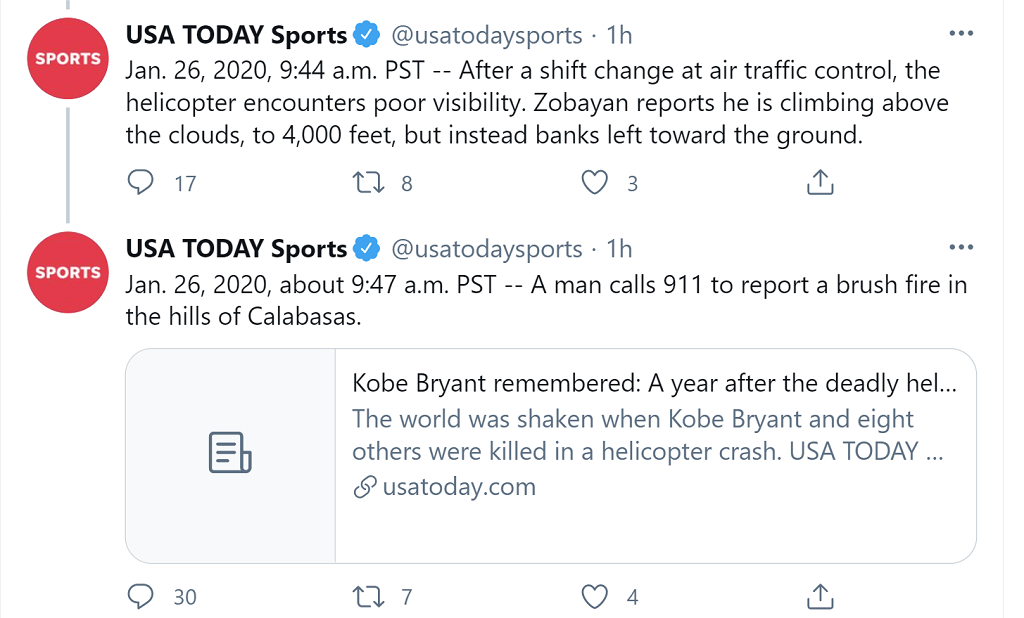 And that was it. There’s no real justification for this as newsworthy; maybe in the aftermath of the crash as a reconstruction of the narrative, that would have made sense (although the “historical live-tweet” form: not ideal.)

After pulling the tweets down, the USA Today Sports account tweeted this statement on the situation:

Earlier tweets shared reporting about the helicopter crash that killed Kobe Bryant and 8 others. It was our intent to share new reporting around the day's timeline. Our tweets came with no warning or context. We took down those tweets and regret the insensitivity of the content.

That’s not an outright apology for the decision, though it does note “regret” for the “insensitivity of the content”, which isn’t exactly the same thing! There are obviously a lot of smart people who work in the USA Today family, and the quick deletion was at least the right choice.

But their decision-making leading up to and through posting that thread reeks much more of tabloid exploitation than legitimate newsworthiness, and that sucks.

They absolutely should have posted a warning before starting the thread, because not only would that have helped people avoid it, it would have kicked the backlash off sooner, and maybe they would have realized how bad of an idea it was before we got to this point.