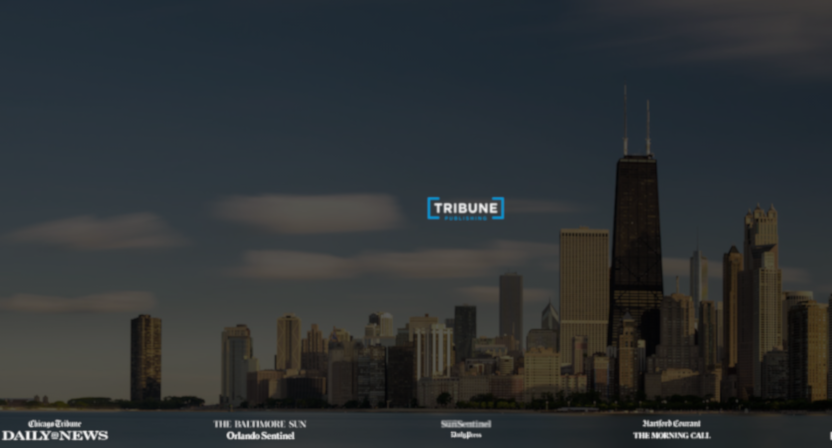 Tribune Publishing is one of the five largest U.S. newspaper chains, but the last few years have seen the company wind up with a lot of embarrassing moments. They did plenty that was worth criticism even before this year’s pandemic, from their ill-fated 2016-2018 rebrand as “tronc” to their installation of controversial executive Ross Levinsohn at The Los Angeles Times (a paper that was later bought from them by Dr. Patrick Soon-Shiong) to axing some Chicago Tribune beat writers in 2018 to wide 2018 and 2019 layoffs at The New York Daily News that included even retitling the position of sports editor to “Director of Digital Audience Development for Sports.” And now they’ve tripped over their own feet again, this time with a spectacularly poorly-designed phishing test.

This year has seen Tribune conducting further wide furloughs and layoffs. While that’s common to many other media companies thanks to the economic issues brought on by the COVID-19 pandemic, some of Tribune’s moves have seemed incredibly ill-conceived from a PR standpoint. Those include permanently closing the Capital Gazette newsroom in Annapolis, Maryland  (as well as four other newsrooms) and locking rallying Capital Gazette staff out of the building while attempting to justify that as a COVID-19 safety precaution. And now, they’ve managed to alienate some of their surviving employees even further, sending out an e-mail offering bonuses that was actually apparently a phishing test. Long-time Baltimore Sun crime and police accountability reporter Justin Fenton detailed that saga on Twitter Wednesday:

After slashing our staff, closing newsrooms, furloughing reporters and cutting pay during a pandemic, @tribpub thought a neat lil way to test our susceptibility to phishing was to send a spoof email announcing large bonuses. Fire everyone involved. pic.twitter.com/tFZsSNrf30

And, as I said earlier, it was a terrible premise for such a test because no one would ever believe we were getting big bonuses from this company anyway! https://t.co/xUwo1pQ0dD

Conducting fake phishing scams is problematic enough. Yes, some corporations do this to see if employees have paid attention to trainings or whatever, but even that is a reasonably silly idea in the first place. A lot of the negative impacts from phishing scams are personal rather than corporate, and falling for an obvious phishing scam in this day and age carries its own questions.

This is sillier still when you’re trying to do it in a media corporation, where your reporters’ regular jobs involve determining the trustworthiness of information and sources. And it gets absolutely ludicrous when you’re doing it with a phishing test promising bonuses, something that might make up for some of the ridiculousness you’re putting these reporters and their understaffed newsrooms through, only to yank that away with “Sorry, LOL, just doing a simulated phishing test!” And this is just one more black eye for Tribune Publishing.