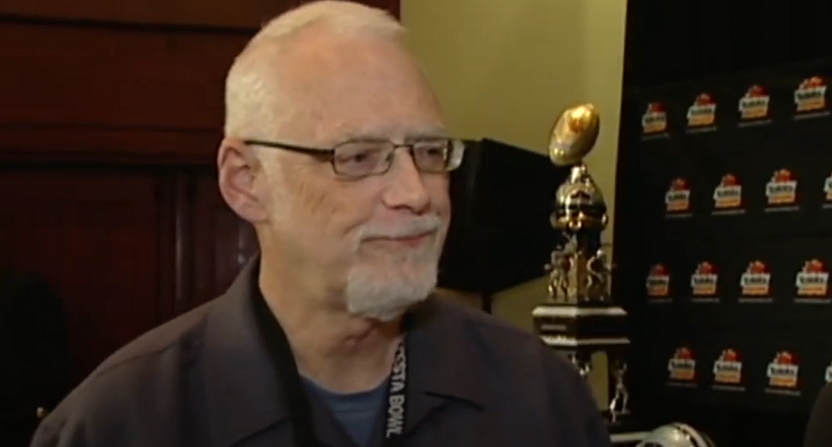 Les Bowen has been the Philadelphia Inquirer Eagles beat writer for two decades, but he’s saying goodbye before the 2021 season begins.

In a farewell column for the Inquirer, Bowen notes that while he’d been planning on retiring after this year, he will instead take a buyout package, ending nearly 40 years in the Philadelphia sportswriting scene, first at the Daily News and then the Inquirer after the papers merged.

This Eagles season would have been my 20th as a beat reporter. I had a loose, hazy plan to make it my last, before retiring next year at age 66.

Then, as new sports department management took the reins, I was given the chance to take home the same money I would have made by working through next spring, if I left this summer, instead.

So, yeah, they’re gonna pay me to not write. I’m sure readers, players, coaches, and general managers throughout the land wish someone had hit upon this solution long ago, but, better late than never, right?

Taking the same money to not work as you would have gotten to work is almost always the right call; that Bowen was considering hanging it up next spring as it is feels almost like a bonus. Bowen covered the Flyers prior to the Eagles, and has been a mainstay in Philadelphia sports journalism for an incredibly long time. As with most reporters reaching the ends of their careers in 2021, they’ve gone through quite a tumultuous, shifting time in their industry.

There couldn’t have been anything much better in daily journalism than being a Daily News sportswriter in the ’90s. We traveled anywhere we wanted, wrote whatever we wanted, most of the time using as many words as we thought we needed. Yes, we had great resources, but we also had leaders who understood what worked.

When The Inquirer absorbed the Daily News staff a few years back, I wondered if my style would fit, if the other side of the office’s central corridor would be stuffy and rigid. But everyone has been great. I was made to feel welcome.

Bowen’s entire piece is well-worth reading, and hopefully he enjoys a well-earned retirement.