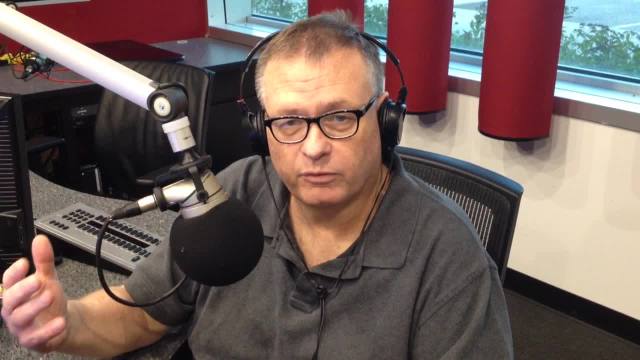 As we’ve seen throughout the past six weeks, the COVID-19 crisis has been brutal for the sports media industry.

With no live sporting events taking place and an ensuing reduction in ad revenues, print and online outlets (in addition to radio stations) have had to make major cuts in staff. Gannett newspapers, Sports Illustrated, SB Nation, and Entercom stations are among the many outlets that have been decimated by layoffs in recent weeks.

Many of these cuts have occurred at a local level with not even veteran sportswriters spared from tough decisions. In metro Detroit, longtime Oakland Press columnist Pat Caputo was one of the latest, most notable casualties of the harsh economic conditions currently facing media outlets. On Tuesday, he announced that he was laid off after 37 years with the paper.

After 37 years at The Oakland Press, I was laid off today. I am so grateful for the wonderful people I’ve worked with and for there – and the many wonderful experiences. What a privilege. And especially to the readers, I say thank you. I love you all very much. pic.twitter.com/jwtxcfBatZ

Caputo, 61, may not be as well-known across the country as other writers in the Detroit market, such as Mitch Albom and Bob Wojnowski. Or even columnists who once worked in Detroit like Michael Rosenberg, Rob Parker, or the late Drew Sharp.

Even in metro Detroit, Caputo — nicknamed “The Book” for his deep sports knowledge, likely isn’t as familiar with readers who typically read the Detroit Free Press and Detroit News. The Oakland Press is a newspaper serving Oakland County, located northwest of Detroit.

During his 37 years at the paper, Caputo covered a wide variety of professional and college sports played in the state of Michigan. The Detroit Lions, Tigers, Pistons, Red Wings, football and basketball at both Michigan and Michigan State all make up a rich sports scene in the area and Caputo deftly wrote about every one of those teams.

As is the case with many veteran sportswriters, Caputo’s career at the Oakland Press began on the high school sports beat. He then moved up to cover the Tigers for 12 seasons before working the Lions beat for five years. Since 2002, Caputo was the paper’s top sports columnist, winning several awards for his work during his tenure.

“There’s no bitterness at all, no anger,” Caputo told the Detroit News‘ Tony Paul after the news went public.

Caputo will continue working at Detroit sports talk station, 97.1 The Ticket, where he hosts nightly shows, as well as weekends and fill-in spots. He might be more known to local fans from his radio work, which began at WDFN (1130 AM) The Fan in 1996. He’s been with 97.1 since 2001.