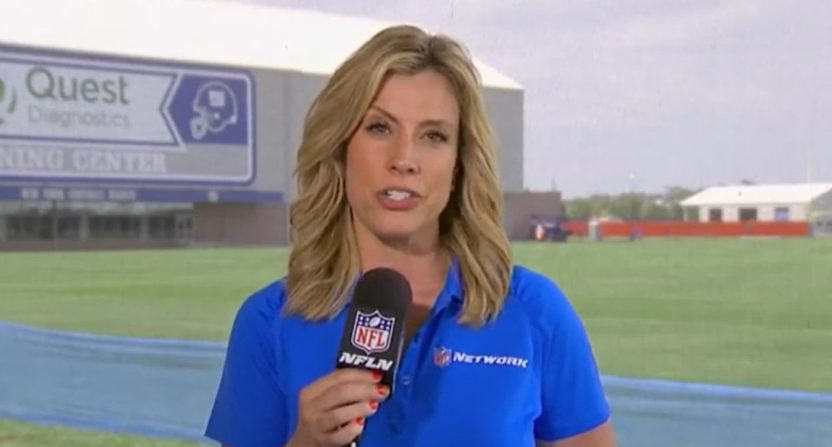 Jones spent a decade with NFL Network before announcing her departure earlier this year. Since leaving the network, Jones continued to work as a fill-in radio host for WFAN, also contributing to SNY’s studio shows. But she had yet to announce a full-time gig.

Now Jones is returning to the Giants beat. She held that role for the Newark Star-Ledger earlier in her career.

“I’m grateful and excited to join the great staff at Newsday,” Jones said in the announcement from Newsday. “I’ve always been a writer at heart. While the names have changed — Michael Strahan and Dan Campbell won’t be in the locker room this time around — I’m so happy to have another opportunity to cover the Giants, this time for Newsday.”

Jones takes over the Giants beat from Tom Rock, who held the title since 2008. Rock was promoted to Newsday’s NFL columnist this season, replacing Bob Glauber who retired in September after 33 years with Long Island’s newspaper.

“Kim brings a lot of expertise as a reporter and her institutional knowledge regarding the Giants is exceptionally deep,” said Rock, who joined Newsday in 1996. “She’ll fit seamlessly into Newsday‘s coverage while bringing a fresh perspective to the way we cover the Giants. I’m glad she is on our team. This is going to be fun.”

Jones has enjoyed a long career as a TV and print reporter, in addition to being a popular fill-in radio host for WFAN. Prior to her tenure with NFL Network, Jones spent seven years as the Yankees clubhouse reporter for YES. The Penn State graduate began her career as a reporter for the Centre Daily Times in State College, PA, before joining The Star-Ledger to cover the Giants.