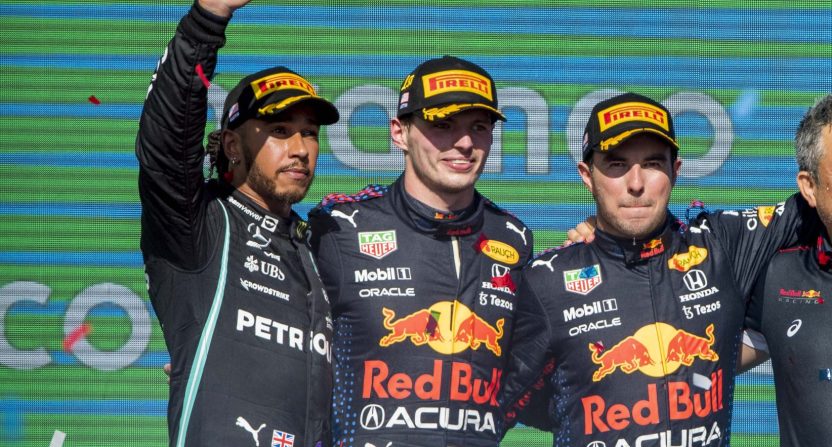 Sergio Perez is the second Red Bull Formula 1 driver to back out of participating in the next season of Netflix’s Drive to Survive docuseries.

The newest version (season 4) debuted this past weekend for the streaming service, ahead of this weekend’s season-opening Bahrain Grand Prix. World champion Max Verstappen had already said publicly he won’t be participating in filming for season 5, and now teammate Perez has echoed that stance, citing an outsized time commitment.

Here’s Perez on his decision, via ESPN.com:

Perez said he filmed extensively with Netflix in his native Mexico last year, but was disappointed to find that the time he devoted to the documentary was not represented in the final cut.

“Yeah, to be honest I did so much for them last year,” he added. “This year, I am definitely not going to do as much. It’s a lot of media [to commit to]! So if I can escape it and do less media then I will.”

Perez also cited the same concerns that Verstappen mentioned about the show’s tendency to embellish reality for the sake of entertainment:

“I watched two episodes, but I was not very impressed. It’s just not my thing, faking rivalries.”

Part of the new series, released last week, focuses on the struggles of McLaren’s Daniel Ricciardo as he watches British teammate Lando Norris thrive in a car he cannot get up to speed.

“Lando and Daniel are two great people I know – they have really great characters and immediately at the second episode it looks like they are not very friendly to each other, and for me that’s not correct and that’s why I’m also not a part of it.”

Do Perez and Verstappen have a point? Sure, to a degree. Of course a show designed for entertainment is going to take some license with verisimilitude for the sake of drawing in viewers. In the end, what really matters is if the show can accurately convey a similar sense of stakes and drama and massive personality that make the sport what it is. For the most part, that’s exactly what Drive to Survive does.

It’s also obviously easier to say that as someone who isn’t actually being filmed for the show. When it’s your actual life on screen being depicted in ways that you know aren’t the truest to what happened, that has to be more difficult to swallow. And for Perez, of course, giving up hours or even days in order to let a film crew follow you around for material that isn’t even used would probably leave a pretty bad taste.

There’s also the fact that both Red Bull drivers are the ones pulling away here. The newest season, by necessity, explored in detail the final race of the year, which saw Verstappen take the win and the season-long title in very controversial fashion. There’s no doubt that things unfolded in strange fashion, to the point that race director Michael Masi was removed from his position in the offseason.

Getting key audio between teams and race officials is just one example of what F1 presentation gets right, and it paid off in a major way for key moments during and after the wild finale today.pic.twitter.com/NJehnB6zF4

The show might see more exodus in terms of in-depth participation from top stars. Lewis Hamilton has his own Apple TV+ documentary coming, for example, and it’s not hard to imagine other drivers deciding it’s not worth their time. But the show itself could still find plenty of material, even if top drivers or maybe top teams back out altogether. The lower-level teams still have plenty of incentive to participate, and new or younger drivers are coming into the sport all the time.

Drive to Survive will almost certainly continue to thrive.