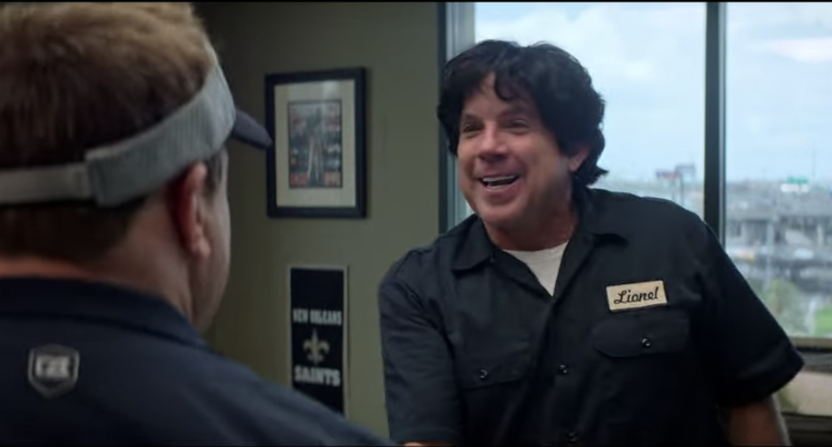 Netflix’s Home Team, a fictionalized version of the time New Orleans Saints head coach Sean Payton was suspended by the NFL for an entire year and worked as a coach for his son’s high school football team, premiered on the streaming service on Friday.

The early reviews of the Happy Madison production are, as you’d expect, pretty bad. But of course, everyone knew that as soon as they saw the trailer. 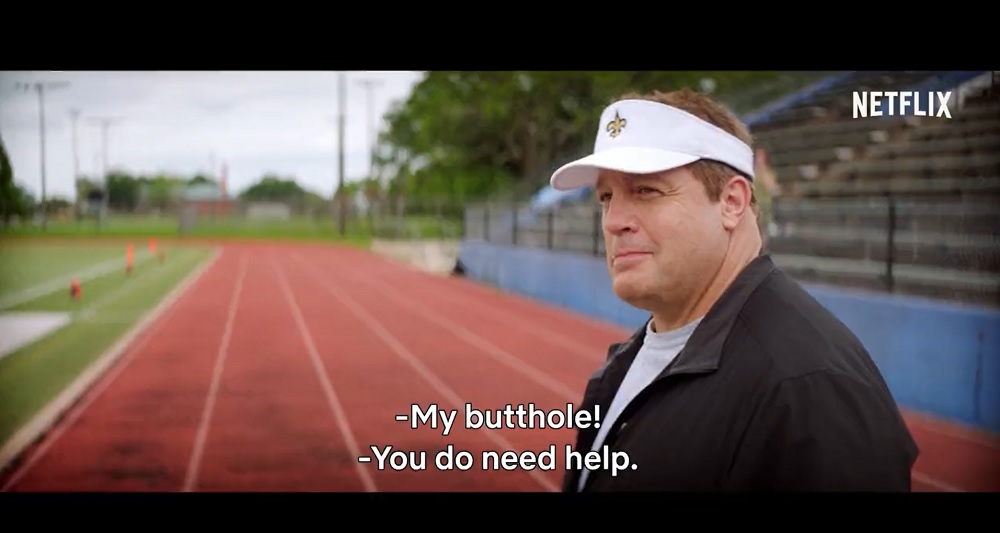 What’s more interesting than the banal plot and gross-out antics is the final scene of the movie (***SPOILER WARNING FOR HOME TEAM IF THAT IS A CONCERN OF YOURS FOR SOME WEIRD REASON***) wherein the actual Sean Payton cameos as a janitor in the film’s Sean Payton’s office. The two have a quick conversation that exists solely for the cameo but it ends with the janitor turning to the coach and saying “We really suck without you.”

So, just to clarify, the movie ends with the actual Sean Payton telling himself that the New Orleans Saints suck without him as head coach the very same week that Payton actually ended his run as head coach of the Saints.

That is a bold personal choice.

Naturally, the conspiracy theories have already started flowing, given the timing of Payton’s actual coaching announcement relative to the launch of a movie about the time he was aware that his team had a bounty program to injure people (but family-friendly!). Was Payton’s stepping down also a backdoor PR move to promote the film? Inquiring minds are on the case…

TWO DAYS AGO: Sean Payton steps down after 15+ seasons as the Saints had coach.
TODAY: Sean Payton movie drops on Netflix
Coincidence? No way. Clearly, this was all planned. So I combed the movie for hints about what's next for Payton: https://t.co/ElFrOf26JQ pic.twitter.com/1Vlt2EIrDt

That the film also includes a scene between Payton and his son in which they discuss whether or not he should coach the Dallas Cowboys, at a moment in which people are actually talking about whether or not Payton will coach the Cowboys in the near future, takes things to an even more absurdist place.

There are levels upon levels in this Kevin James movie.

Is the most likely scenario here that Payton just wanted to have a cameo in the movie about him and the idea of playing a janitor seemed like the perfect kind of silly thing for a Kevin James film? Almost certainly.

But is it more fun to read way too much into all of this and presume this is Payton’s way of lowkey shading the Saints before he eventually takes the Cowboys’ job? Absolutely.