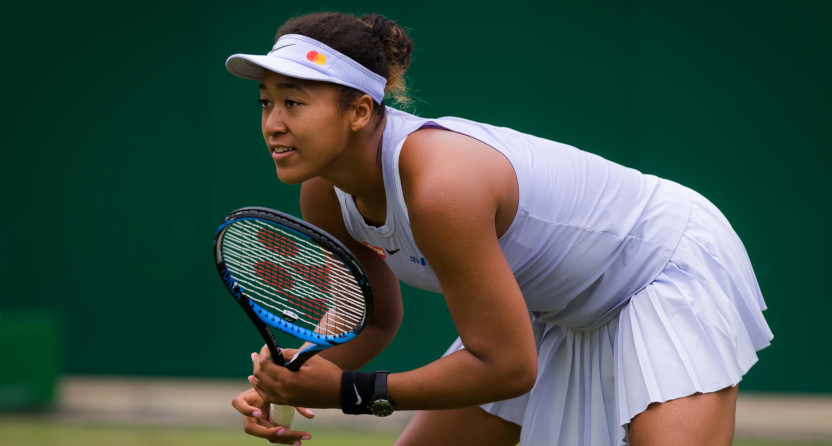 There’s another sports documentary coming to Netflix, this time on tennis star Naomi Osaka (seen above in 2019). This is a partnership with the LeBron James-founded media outlet Uninterrupted, and it’s produced by Film 45 and directed by Garrett Bradley. Here’s more from an Uninterrupted release:

This documentary series takes us on a journey with the multiple Grand Slam Champion, Naomi Osaka, who became the first Asian player to reach the number 1 singles ranking after winning her first Grand Slam at the US Open in 2018 and second at the Australian Open in 2019. With unprecedented access to Osaka, the documentary gives audiences a deep window into the life of a global tennis superstar.

The series will cover Naomi’s pivotal year, from the US Open in August 2019 and on tour with the tennis star as she plays in each of the Grand Slams and prepares for the 2020 Tokyo Olympics.

With a Japanese mother and a Haitian father, Osaka emigrated from Japan to the US as a child, where she rose to become the first Asian player to reach the heights of international tennis. Spending time with her during a hectic training and travel schedule, the crew explores the immense pressure she’s under, her journey of self-discovery, off-season time digging into her interests and her well-known, quirky and honest personality. They also travel with Naomi to Japan to understand her deep connection with the country she represents and the reflections of her multi-cultural identity.

“To be able to tell my story and let people in during this big year, working with a team that really understands me, has been a rewarding experience. It won’t look like a traditional sports documentary, and I’m so excited to share it with everyone.” – Naomi Osaka

Bradley has quite a few notable credits, especially with 2017’s Alone (which won the Short Film Jury Award in non-fiction at that year’s Sundance Film Festival and was shortlisted for the Academy Awards). And Osaka’s story is certainly interesting, particularly with her controversial 2018 US Open win over Serena Williams and with her subsequent performances. While Netflix may be not too interested in live sports rights, they’re definitely engaged with sports on the documentary side, and this is the latest move there. We’ll see how this one does.