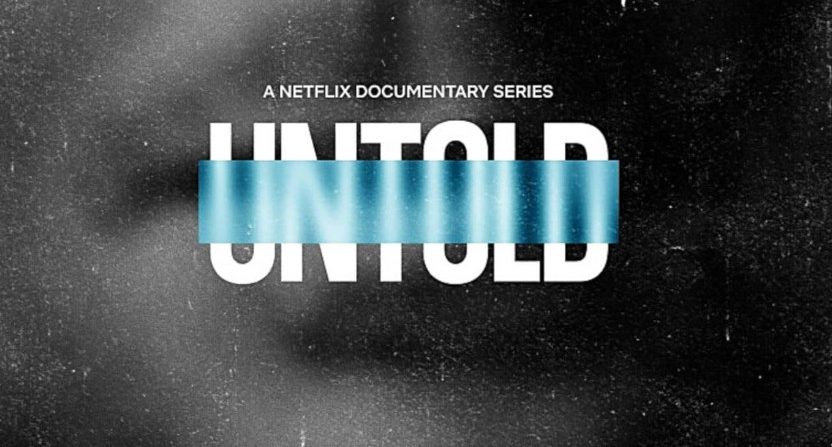 Sports documentaries and documentary series have been a growing focus for Netflix recently, including Untold, Blood Brothers, Formula 1: Drive To Survive, Last Chance U: Basketball, and more. There are plenty of previously-announced sports documentary projects still on the way at the service, including Schumacher, a Bubba Wallace series, and Heart of Invictus, but they’ve now announced three more; second seasons for Untold and Last Chance U: Basketball, and a new Bad Sport documentary series covering “the intersection of sports and crime.” Here’s more on Bad Sport (which will premiere Oct. 6) from a post from Netflix VP Brandon Riegg:

Those are certainly some promising stories. And it’s impressive that even with a growing interest in sports and crime crossovers (a few of the many other examples include USA Today’s The Sneak, ESPN’s Playing For The Mob, and Untold Vol. 1’s Crime and Penalties), there are still intriguing stories out there that haven’t received a lot of recent documentary or docuseries coverage. The sports and crime focus also seems like a great fit for Netflix, as they’ve done well with crime stories both real (including This Is A Robbery, on the ahhht heist at da Gahdnah) and fake (including American Vandal and Lupin).

Beyond that, Riegg’s post also has some details on what to expect in the second seasons of Untold and Last Chance U: Basketball. For Untold, Vol. 2 will feature “four new stories told over four weeks.” There’s only a subject listed for one of those stories, but it’s a doozy: the Manti Te’o fake girlfriend hoax. That will be directed by Ryan Duffy and Tony Vainuku, and it will feature interviews with both Te’o and “the catfisher behind the hoax” (Ronaiah Tuiasosopo).

Participation from Te’o and Tuiasosopo in an Netflix documentary was known back in January, as Te’o cited that for why he declined to appear in Don Van Natta’s Backstory project on this at ESPN. But it’s new to have this as part of the Untold series, and to have listed directors of Duffy (he was an executive producer on Untold‘s first season and on Netflix’s previous Home Game series exploring dangerous sports around the world, but also directed and executive produced Fox’s Truth Be Told: Rick Ankiel, and got a lot of attention with his previous work for Vice, including documenting Dennis Rodman’s 2013 North Korea trip) and Vainuku (he won an Emmy for 2015’s In Football We Trust, on Pacific Islanders in the NFL).

As AA’s Ben Koo noted in January, Te’o’s claims to Van Natta that in this project “I would be the star of the beginning, the middle and the finish” are certainly concerning for those of us who want to see a full exploration of the story rather than a lionization of Te’o. But Untold so far has managed to do a good job of telling these stories and incorporating athlete participation without making it only those athletes’ sides. We’ll see how they do with this one. For an example of what they’ve done so far, here’s a clip from Breaking Point (the documentary that series executive producers Chapman and Maclain Way told AA started this whole project), on tennis star Mardy Fish’s battles with mental health :

As for Last Chance U, the shift to basketball with the East Los Angeles College Huskies after five seasons covering three different football programs drew some skepticism at first from some corners, but it allowed for detailed coverage of more of the team (due to the smaller rosters) and their interactions with coach John Mosley. And Last Chance U: Basketball was relatively well-received overall, and for season two, it will be sticking with the same team, which should allow for some building of stories like we saw from season one to season two of the football show. Here’s a clip of what this series did in its first season covering basketball:

Overall, these are some notable announcements from Netflix, and it’s certainly interesting to see them continue their push into sports documentaries on such a wide level. And it’s also interesting that they’re willing to continue to put out notably different sports documentary series with different people involved, rather than try to combine everything into one overarching sports documentary brand the way ESPN has done with 30 for 30. We’ll see how these new and returning series work out for them.