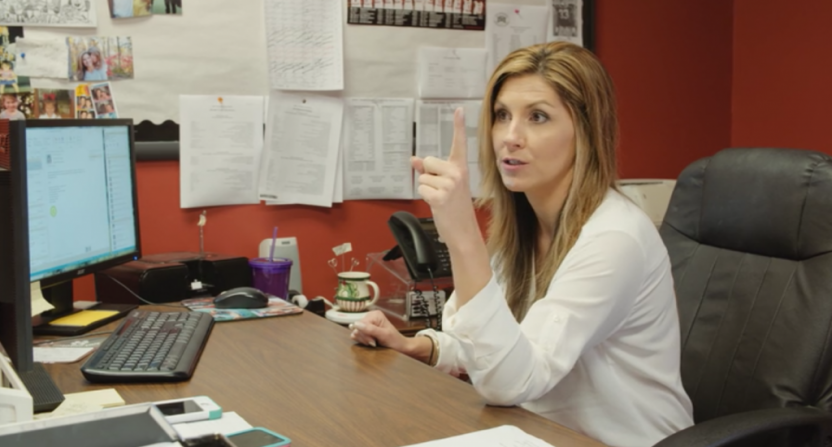 Deadline and Entertainment Weekly report that a scripted TV series based on Last Chance U star Brittany Wagner is in the works at Spectrum Originals, with Courteney Cox set to star and serve as an executive producer. Pro Football Hall of Famer Michael Strahan will also be an executive producer for the series.

Friends and Cougar Town alumna Courteney Cox is set to headline and executive produce a scripted series in development at Spectrum Originals from Michael Strahan and Constance Schwartz-Morini’s SMAC Productions. The untitled Last Chance U project is inspired by the real-life trials and tribulations of Brittany Wagner, played by Cox, the breakout character from the first two seasons of the popular Netflix docuseries Last Chance U.

The Friends alum is set to star in and executive produce a new series for Spectrum Originals that will be based on the life of Last Chance U breakout Brittany Wagner, EW has confirmed.

Wagner posted about the news on social media, and said that Cox will play her in the new series.

Have you heard the news about this fantastic duo? Super excited to announce that Courteney Cox will be playing me in a scripted series. Thank you to @smac_entertainment @michaelstrahan @courteneycoxofficial @spectrumorig for believing in my story! #doyouhaveapencil ?❤️✏️

During the first two seasons of Last Chance U, Wagner drew plenty of praise for her work as the academic advisor at junior college football powerhouse East Mississippi Community College (Awful Announcing interviewed Wagner in 2016). Wagner provided a very positive impact on talented football players — hoping to transfer to D-I schools and ideally have a future in the NFL — that entered with academic issues and off-the-field problems. Wagner left EMCC after Season 2 of Last Chance U, and currently focuses her time on her own company 10 Thousand Pencils, as well as motivational speaking.

The news of the scripted TV series is well-timed, with Season 4 of Last Chance U set to premiere July 19 on Netflix.