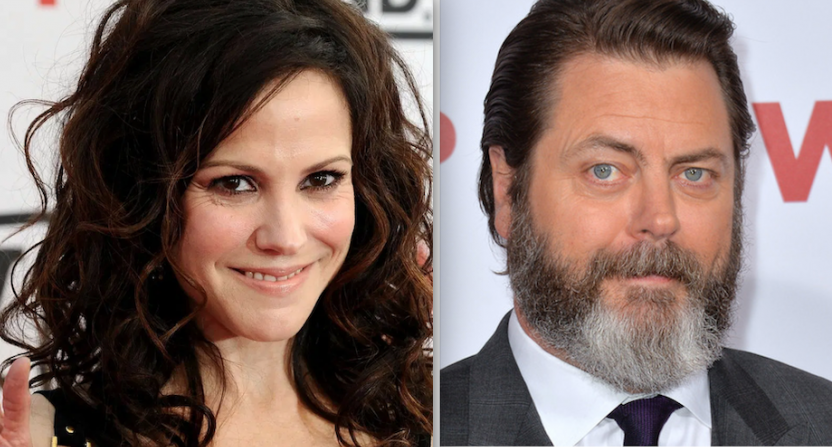 Mary-Louise Parker (Weeds) and Nick Offerman (Parks and Recreation) will play Teresa and Rick Kaepernick, respectively, who adopted and raised Colin in the largely white community of Turlock, California. Jaden Michael (Wonderstruck, The Get Down) had previously been cast as the young Kaepernick.

Produced by filmmaker Ava DuVernay (Selma, 13th) and Kaepernick, Colin in Black & White will follow growing up in a white family (with two older siblings), his high school years, the events in his early life that inspired his civil rights activism, and his ambition to develop into a quarterback who would eventually play in the NFL.

Kaepernick will provide narration for the series and DuVernay will direct the first episode. Michael Starrbury, who worked with DuVernay on When They See Us, her series about the 1990 Central Park Five case, will write each of the six episodes.

He would grow up to play in the Super Bowl and realize you never stop fighting for your dreams.

She would grow up to tell stories that matter to millions.

The project was originally announced by Netflix and DuVernay in June. Filming was expected to begin in the fall, and with actors now cast in key roles, that should get underway soon.

Offerman is best known for his role as Ron Swanson on the comedy Parks and Recreation and most recently starred in FX’s sci-fi series Devs. Parker has appeared in many movies and TV shows, starring for eight seasons on the Showtime series Weeds. Her most recent on-screen role was in the 2018 film Red Sparrow.

Though Kaepernick played six seasons for the San Francisco 49ers, quarterbacking them to Super Bowl XLVII, his media profile has grown since the kneeling protests during the national anthem that ostracized him from the NFL.

In addition to this Netflix series, Kaepernick is also writing a memoir while contributing and consulting on content focusing on race issues and prison reform for Medium. The partnership with his publishing company will also include an interview series with athletes, activists, and thought leaders.