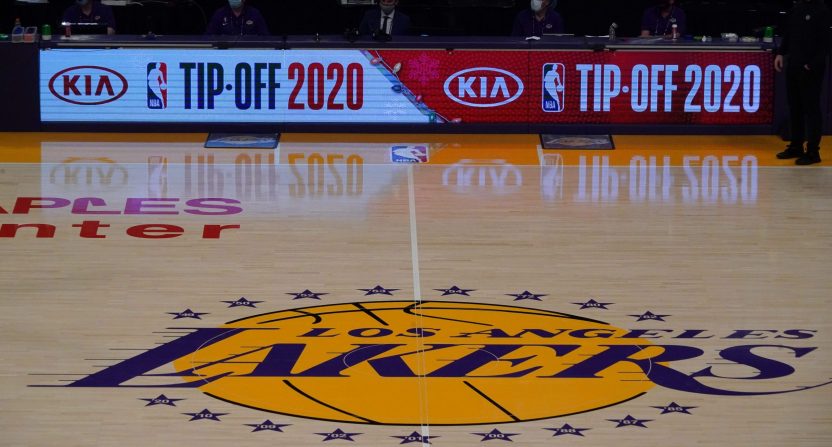 Here’s a brief summary, via THR.

Netflix describes the series — which comes as HBO is mounting a scripted drama following the team’s historic 1980s squad known as “Showtime” — as following Eliza Reed, the governor of a fictional team, as she navigates NBA ownership and family drama with her best friend by her side.

Modern Family grad Elaine Ko will pen the script, exec produce and serve as showrunner on the 10-episode comedy. Kaling, who already has comedy Never Have I Ever set up at Netflix, will exec produce the series via her overall deal with studio Warner Bros. Television. 3 Arts’ Howard Klein (The Mindy Project, The Office) will also exec produce.

Buss, who serves as the controlling owner of the Lakers after her father, Jerry Buss, passed away, will also exec produce alongside Linda Rambis, who serves as the team’s exec director. Rambis, one of Buss’ closest friends, has worked for the team since 1979 and is married to former Laker and four-time NBA champ Kurt Rambis. Jordan Rambis, the son of Kurt and Linda and the head of development at Imprezario Entertainment, will also exec produce the series.

HBO has had a series on the Showtime Lakers in development for years now, and while most of the casting has already been completed, no release date has been revealed. A nine-part Lakers docuseries, which also has involvement from the team (like the Netflix series), will premiere in 2022.

All three series seem quite different, and it seems like they’ll all appeal to different audiences. But if they all end up premiering within weeks or months of each other next year, will all three just end up fighting with themselves – and possibly live Lakers games – for viewers?