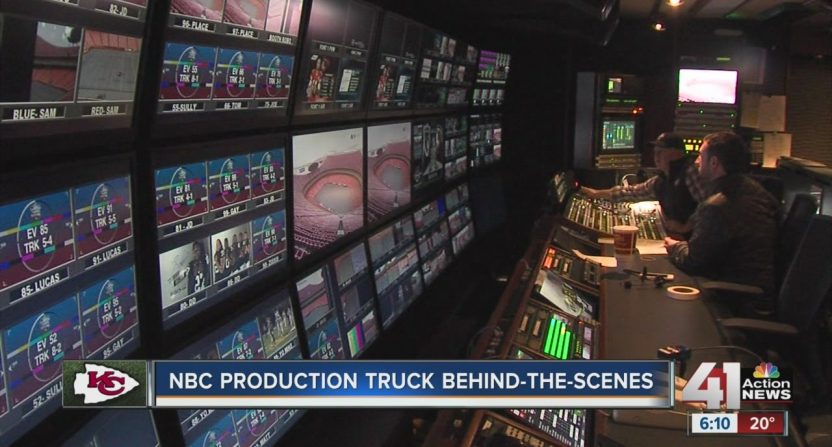 When sports shut down in March, it left the entire surrounding industry scrambling.

Obviously just about every sector has been impacted, not just sports, but only a few other things went away entirely. Sports broadcasters, in particular, lost a major stretch of the year for pure game inventory; conference and postseason NCAA tournaments, the final stretch of the NBA season, and more, all just vanished. Considering how many broadcasters (along with production crew) are paid on a game-to-game basis, that’s a huge hit.

Now, though, a possible return of sports is on the horizon. The NBA has finalized their plan to return, even as sixteen players test positive for Covid-19.

The plan for moving ahead to restart the #NBA season in Orlando is final ?? pic.twitter.com/4CtA41MlSc

The PGA Tour is on their third week back. NASCAR, IndyCar, and Formula 1 are all back or planning on being back shortly. The NWSL will return for their tournament in Utah, while the EPL and other European soccer is back as well. (Baseball theoretically will return too, but at this point who can say?)

But, obviously, sports aren’t going to come back exactly the same as they were before. The broadcast production side of the equation is also going to change; we’ve already seen how other sports have had to adjust for that as well. But with a lot of uncertainty about how things are set to unfold, broadcasters, producers, and crew members are all trying to figure out just how things will work when (hopefully when, not if) they can get back to work this year.

At Sports Illustrated, Ross Dellenger interviewed dozens of people from the world of broadcasting and asked how they thought things would change going forward.

“I think the sports broadcasting world is in danger of losing some very talented people,” says Tom Hart, one of ESPN’s play-by-play announcers for college football and college baseball. “I have a positive outlook that we’re going to have a college football season, but I think it’s going to look different than any other season we’ve ever seen. Get comfortable being uncomfortable.”

Announcers like Hart are imagining what a broadcasting booth might look like. Can you wear a mask and call a game properly? And who really expects to adhere to social distancing in a TV truck? TV producers are expecting a significant increase in remote broadcasts, a way to avoid travel, saving on costs and limiting health risks. But will we really be calling big-time college football games this fall from their living room couch? They’re wondering, too, if networks will use skeleton crews, potentially cutting broadcasting teams in half, from 40 members to 20.

It’s not just remote vs. on location, or masks or no masks, either. There are other less obvious logistical issues that will have to be addressed.

And how the heck will travel work? Game assignments are sometimes decided a week in advance. Major airlines are operating a significantly reduced flight schedule. Will planes already be booked? Can we even get there in a timely fashion? “All these questions are the same ones we’ve been asking ourselves. It’s so hard to forecast,” says Greg McElroy, a former Alabama quarterback and ESPN analyst who is based in Birmingham, Ala. “If I had a game at Washington State right now, I don’t think I could get there in less than 20 hours.”

It’s not just the logistics, either. Broadcasters and producers are going to have to change some fairly fundamental routines.

From scoring plays to third-down stops, TV crews highlight the rabid student sections, the marching bands and sign-holding fans. They do it so much that one ESPN producer, who wished to remain anonymous, is nearly worried sick about it. “Of all the things to worry about, that keeps me up the most at night,” he says,

Dave Pasch, an ESPN on-air broadcaster specializing in college football and basketball and the NBA, wonders how broadcasting without fans or with limited fans impacts the art of calling a game. “Especially when you have a big crowd, you lay off and don’t talk after a big play,” he says. “You might not have that. And if you’re in the stadium without fans, do you create a makeshift booth in the stands for more room?”

(There are arguments to be made that reducing reliance on fan shots would actually improve broadcasts going forward, but that’s a discussion for another time.) The entire SI piece is worth reading, as it captures everything from the aforementioned production change speculation to the very real economic anxiety induced by the models going forward.

Hopefully, for a variety of levels including many more important than just sports, things can get back to a semblance of normal in the near future, and most of the imagined changes will be temporary. Until then, though, sports are going to look and feel a lot different to viewers and broadcasters alike.