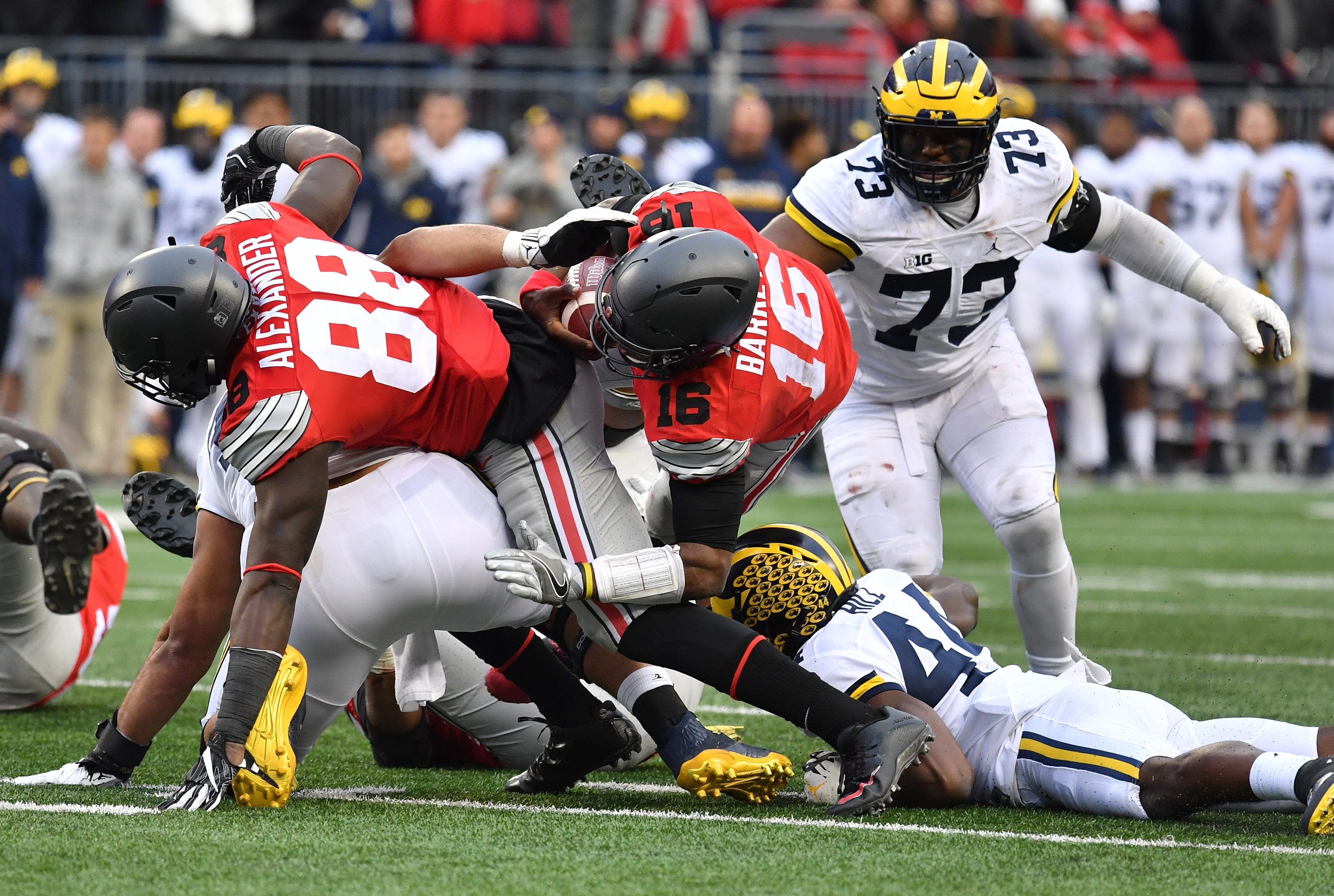 The question of whether or not J.T. Barrett got the first down will forever live in Ohio State-Michigan lore.

Until time ends, Buckeyes fans will insist that referees were correct to award Barrett the first down on his 4th-and-1 QB sneak in double overtime Saturday, while Wolverines fans will say he was short of the first-down marker.

Because as much as Ohio State fans want these sorts of memes to end the conversation, the tilt of shot, particularly on the right, make the call inconclusive.

Retweet if you know a #Michigan fan who needs help with straight lines. pic.twitter.com/Q35m3CMqKH

The worst call ever https://t.co/fQD8C3kRrb

Buckeyes fans are watching this video…

… and no one can possibly know which one better represents reality because neither shot comes from a dead-on angle.

SI.com’s Richard Deitsch asked ABC/ESPN producer Bill Bonnell about the lack of a definitive angle and got a pretty unsatisfactory answer.

“It’s a difficult situation because on a fourth down situation things can get packed up in the middle,” said Bonnell.

“The closest definitive replay was the one we showed. That’s was from our ‘blue machine’ or the game camera which is shooting where the yellow line is. That mixed with the other angles, that was as definitive as we could get.”

Bonnell said that remote productions in college football always opt to keep additional cameras deployed on the goal line given the importance of that line. There would not be similar coverage, say, on the 16-yard line. “Sometimes it’s just the way it happens; it’s a tough situation to cover,” Bonnell said.

Sure the goal line is important, but in that situation the 15-yard-line was equally important. Not having cameras in position because they were at the goal line is like a baseball manager waiting to use his closer in a save situation while lesser relievers blow the game. Given the importance of that 4-and-1 play and given the time ESPN/ABC had to prepare for it, you’d think they could have shuffled someone into position to get a dead-on shot from the sideline or overhead.

So now, because there’s no perfect shot, Michigan fans believe the results of the game are illegitimate, Jason Whitlock is calling for an investigation of paid-off refs and one AP Top 25 has put Michigan ahead of Ohio State because in his view the Wolverines won.

You’d think 50 cameras would be enough. Apparently not.