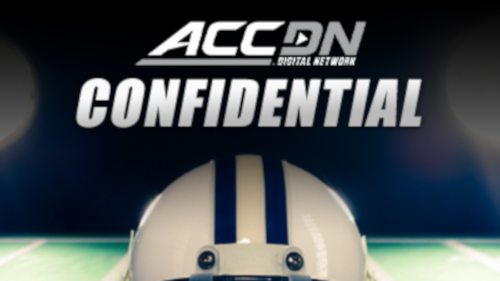 There are plenty of conference networks out there, but there’s an interesting new approach to that idea from Syncbak and VUit. Syncbak is mostly known for their OTT technology powering the backend of services like Paramount Plus, Hulu, fuboTV and more, but they recently launched VUit, a free ad-supported national streaming service available both on the web and on streaming-TV solutions like Roku, Amazon Fire TV and Apple TV. VUit has taken some dives into sports, including with this year’s Iditarod and with some local high school and college content, but they’re now doing so in a bigger way with a partnership with Raycom Sports and the ACC Digital Network for an ACC-specific digital channel, ACCDN Confidential. Here’s more on that from a release:

VUit, (pronounced “view it”), a free, ad-supported national streaming service aiming to be the “Netflix of Live, Local, and Free,” announced today a partnership with the ACC Digital Network and Raycom Sports to create ACCDN Confidential, a new 24/7 channel featuring highlights and athlete spotlights from the Atlantic Coast Conference. ACCDN Confidential will shine the spotlight on one of college sports most dominant conferences through an array of highlight driven-programming featuring unforgettable moments and legendary players. The channel will launch on April 15th with a special event series tied to the upcoming NFL Draft starring the ACC stars destined to make their mark in the League.

ACCDN Confidential is designed to bring sports fans across the nation a chance to experience the excitement of ACC sports around the clock through highlights and player spotlights. Timed to the NFL Draft, the channel will launch a wide-range of player-specific “best of 2020” highlight reels, offering viewers access to the explosive plays that made the ACC’s top talent among the most coveted players by NFL teams.  Among the players featured are: Clemson’s Trevor Lawrence, Amari Rodgers and Travis Etienne, North Carolina’s Javonte Williams, Dazz Newsome, Dyami Brown and Michael Carter, Miami’s Brevin Jordan, Virginia Tech’s Khalil Herbert, Louisville’s Javian Hawkins, Dez Fitzpatrick and Tutu Atwell, Notre Dame’s Ian Book, Wake Forest’s Sage Surratt, and Florida State’s Tamorrion Terry.  Following the NFL Draft programming event, ACCDN Confidential will offer basketball programming that wraps up the 2020-21 season, and a look ahead to the 2021 NBA Draft in late June and the ACC players to watch. Later in the year, the channel will turn its attention back to the gridiron with team previews featured in the 2021 football season.

Syncbak founder and CEO Jack Perry spoke to AA about this move Wednesday, and said the ACC presented an excellent opportunity to dive into this concept, especially ahead of this year’s NFL draft. And he said that other channels along these lines may follow.

“VUit launched about six months ago, so a lot of what we do are first-ever channels. We decided to focus on the ACC because we knew we could spin that up pretty quickly, and we also had the benefit of the fact that they have so many top-tier prospects coming for the [NFL] draft. It made total sense to launch it as the first-ever [college conference-focused channel on VUit], and then we fully expect to branch out to other leagues as well in the coming years.”

VUit’s partnership with Raycom here is particularly notable. In 2019, Raycom Sports signed off for the last time as an individual game broadcaster and syndicator, but they continued their long partnership with the ACC in producing games for ESPN and in serving as the ACC’s digital partner. And Perry said Raycom’s expertise and quality content has been an excellent fit for VUit.

“The partnership with Raycom has been extraordinary for our company, especially at a time when the transition is really from traditional broadcasting to over-the-top or OTT. They have so many digital assets already, they have this huge body of content that can be packaged into always-on channels, permanent channels, pop-up channels, thematic channels, much like how this will be taking content and putting it into a draft-focused channel.”

“So the partnership’s been great because it allows them to continue doing what they do best, and it allows us to do what we do best, which is streaming programming in a really great viewer experience. Our company, often we’re not the most well-known, but we actually are the backbone that did the Super Bowl. The VUit product line uses that same backbone. So we just have to go out and look for content partnerships, like we did with Raycom.”

Perry said while much of Syncbak’s work is on powering other companies’ subscription services, it’s useful for them to have their own service with VUit, and VUit stands out by being a free ad-supported service rather than a subscription one.

“We power the subscription-based services like Hulu and Paramount Plus and fuboTV, but there’s a demand out there for free ad-supported programming, different programming than you’d otherwise find over the air, cable, over satellite. And really, the internet and over-the-top gives you the opportunity to create new channels. Look, advertising has been the primary fuel on the internet since the 1990s. Who doesn’t like to point, click and watch for free? This really gives us a chance to put advertisers in front of viewers they otherwise couldn’t reach.”

He said their broadcast of the Iditarod in particular illustrated that far-flung viewers are interested in content that’s often been seen as extremely local.

“What we’ve found is that there’s demand across the country from other markets to watch the programming from the hyperlocal events. The Iditarod, that made its way to over 90 percent of the U.S. with active viewers tuning in to watch what’s historically been a very hyperlocal event, buried in Alaska on Alaska TV stations. This gave the Iditarod the opportunity to have a national and international audience.”

And Perry said he thinks the ACCDN Confidential channel will get viewers from both inside and outside ACC territory, especially in the lead-up to the NFL draft.

“We’ll see; the proof will be in the pudding when we put the channel live. But on the VUit platform, we have viewers from all 210 DMAs, designated market areas, already. So there are a couple things going on here; one, will viewers in other markets, Big Ten markets or the Pac-12, do they have an interest in seeing what’s going on with the ACC, or do they have an interest in the individual players? Trevor Lawrence, I’m sure the ACC folks claim him as ACC and the rest of the country is claiming him as a budding superstar.”

“I think the demand will come from markets across the U.S., especially when you think about the people who follow their favorite football team and want to see who they’re drafting. This has been a particularly interesting pre-draft period; there’s so much going on, especially in the quarterback position. We’re in the Midwest, and the big question in the Midwest right now is ‘What are the Bears going to do?’ relative to getting a quarterback. This channel will be valuable to Bears fans to go in there and look at the pool of upcoming quarterbacks. So I think you’re going to see viewers from across the country tuning in to the ACCDN Confidential channel.”

While a lot of TV and streaming launches are focused on live rights, ACCDN Confidential stands out for its focus on profiles and other studio programming. Perry said he thinks it’s important to have that as well as live rights, and VUit overall provides a mix of both.

“There’s always going to be an appetite for wanting to go in and learn more and see more content. And by the same token, we have 200 local station partners that in the next year are going to be covering hyperlocal content, one or two per week. So all of a sudden VUit becomes the destination for over 10,000 live events. So we’re very focused on live and we’re ready to handle live. On-demand is very simple compared to livestreaming, especially for large events. But I always think you need a little bit of both.”

Perry said VUit’s sports focus is to present itself as an easy solution for content owners, with solid technology and a wide-ranging audience.

“We’ve got some car racing coming up, we have a lot of high school sports, we have a boat race coming up in June. We’ve got some really great stuff. And what we’re really trying to show with VUit is ‘Here’s a platform for these kinds of events, the same platform that handled the Super Bowl. You may not be as big as the Super Bowl, but here’s the same platform you can use to distribute it.'”

“And I think in the future, you’re going to see the content owners, in this case leagues themselves, that are coming in and looking for ways to simplify the distribution of their programming. And that really is the core of our strategy; show that it can be done, and simplify it so that anybody who has sports that would interest anyone else can easily get that content to them.”