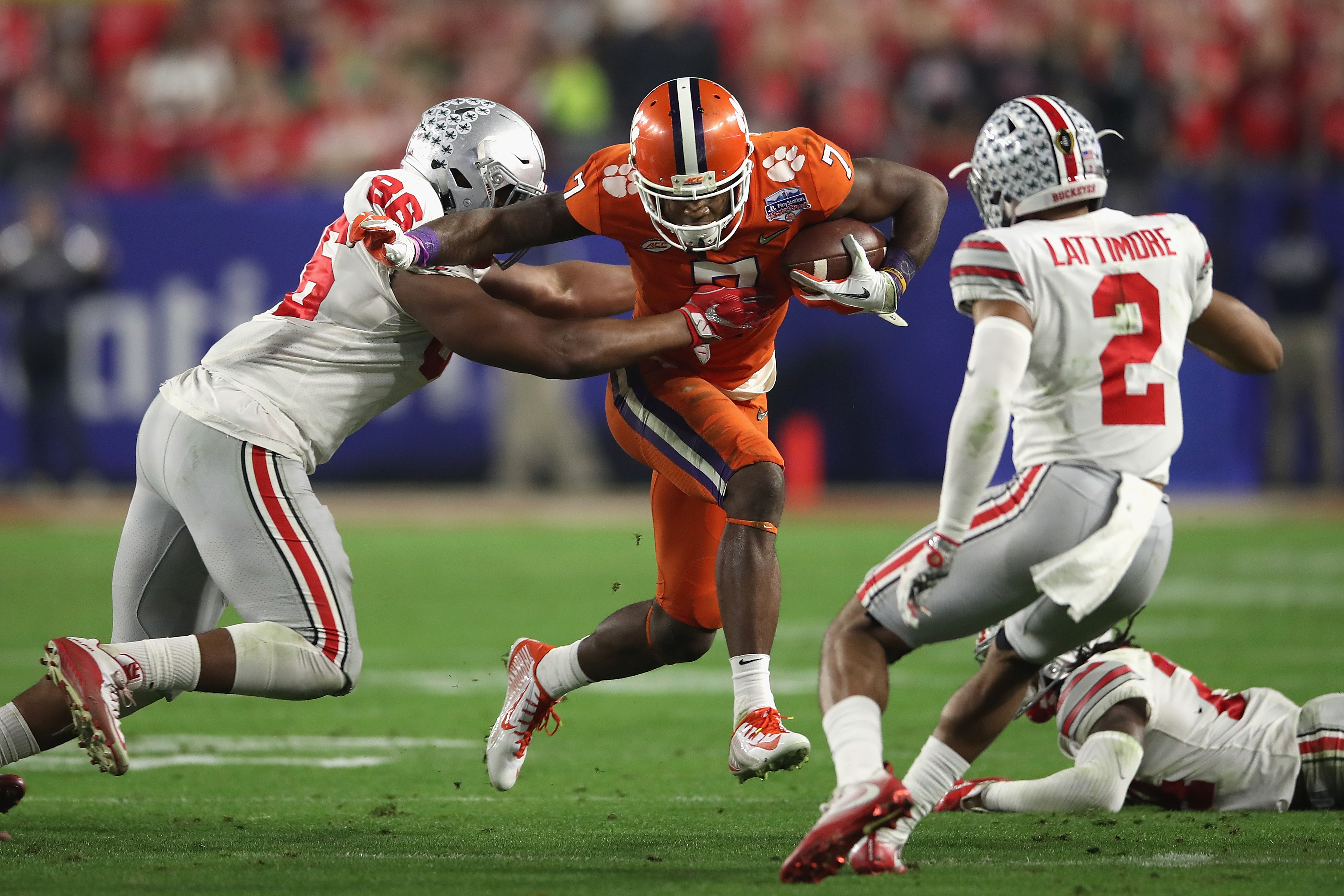 Ohio State’s decision to suspend football head coach Urban Meyer for three games (while also suspending athletic director Gene Smith) Wednesday night after all-day meetings provoked plenty of controversy in its own right, especially after his response to “What message do you have for Courtney Smith?” was “Well, I have a message for everyone involved in this; I’m sorry that we’re in this situation.” But the controversy was elevated further after the press conference when Ohio State released the full independent report (led by Mary Jo White, the former SEC chair and U.S. attorney for the southern district of New York, and available here as a PDF) into the actions of Meyer and Gene Smith around allegations of domestic violence against former wide receivers coach Zach Smith (no relation to the AD), which had a whole lot of remarkable elements. Here are a few of those.

1. The report’s finding that Meyer did not “deliberately lie”: Much of the discussion around this has been about Meyer’s comments at Big Ten Media Days in July, the day after he fired Zach Smith following reporting of a civil protection order granted to Smith’s by his ex-wife Courtney. Meyer said then he was aware of 2009 allegations against Smith, but not the 2015 ones, saying “I got a text late (Monday) night (about a report) something happened in 2015. And there was nothing. Once again, there’s nothing – once again, I don’t know who creates a story like that.” Well, the report outlines that Meyer was well aware of 2015 allegations against Smith, even if they didn’t lead to criminal charges, and that he had in fact been reminded of those in text messages with various Ohio State officials the previous night. But it concludes that he didn’t “deliberately lie”: 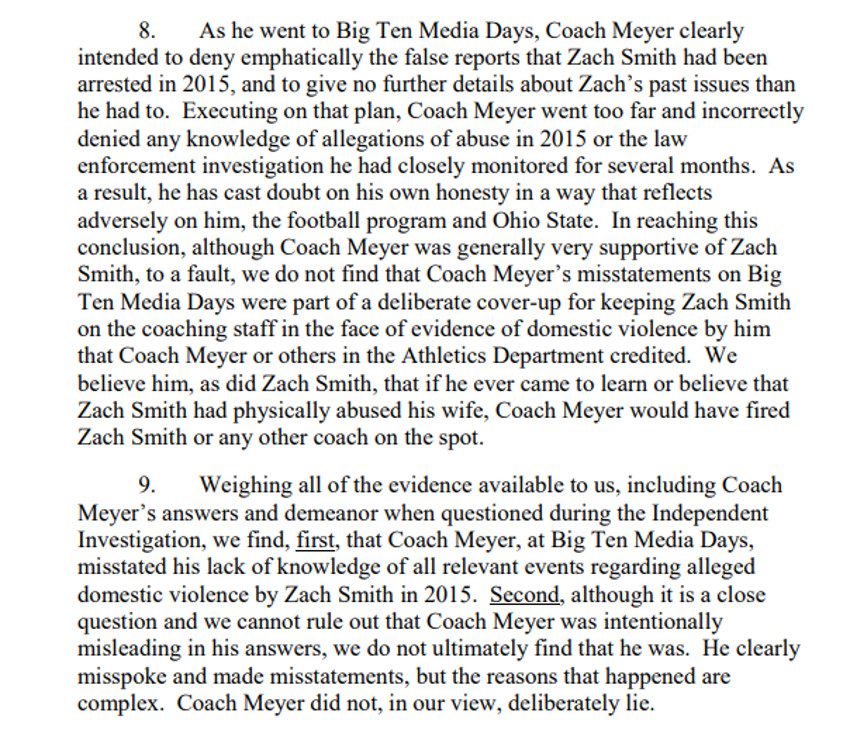 However, the report has some other interesting things to say about Meyer and the truth. Including a suggestion that he had “memory loss”:

And there’s this commentary on his discussion (with Brian Voltolini, OSU’s director of football operations) of deleting texts after one of the first media articles on allegations against Zach Smith was published: 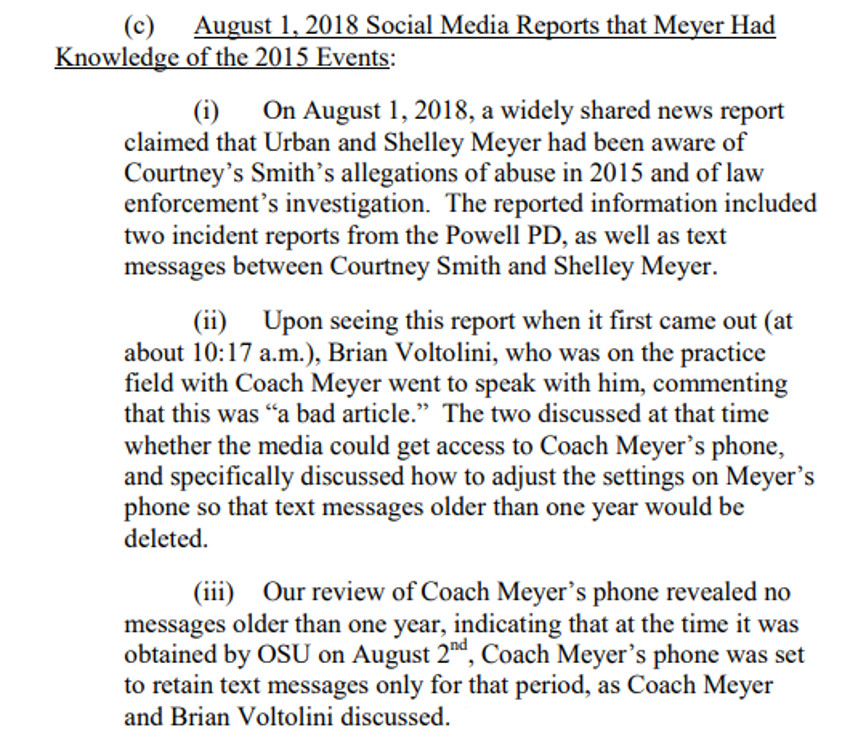 Also, there’s this discussion of Zach Smith’s trip to a Florida strip club with high school coaches while on a recruiting visit and Meyer’s awareness of that: 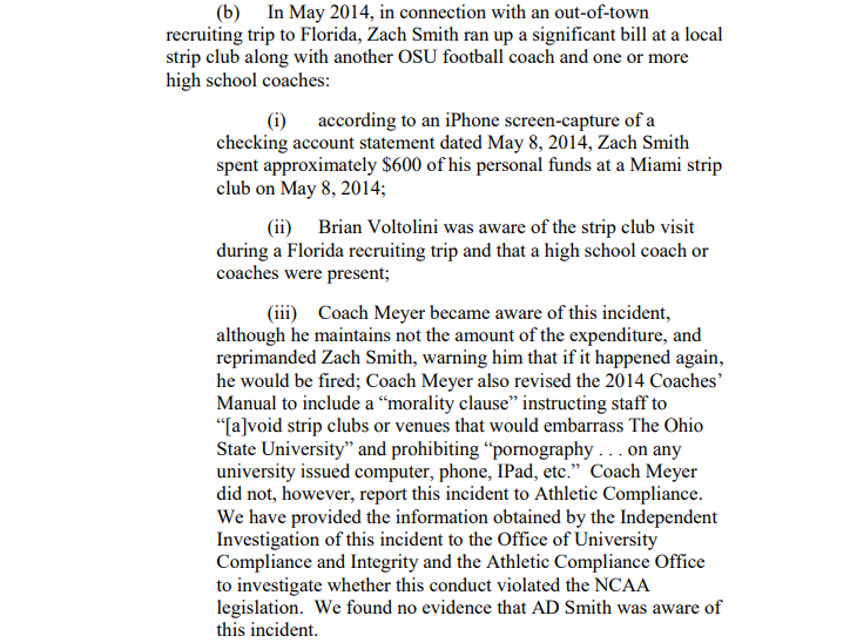 Yeah, none of that looks all that great for Meyer. And it’s interesting that this all only came out after his brief press conference. We’ll see where this story goes from here, but the three-game suspension certainly hasn’t alleviated all the criticism against him.