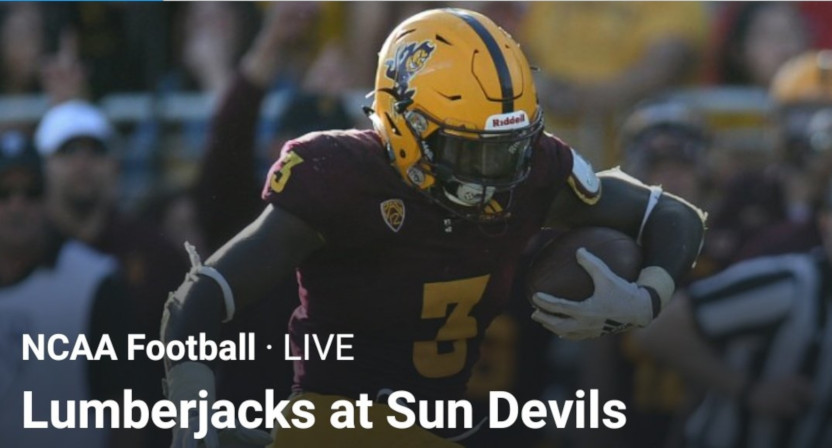 On Saturday, Twitter took a lot of flak for listing several not-being-played-at-all college football games as “live events.” On Thursday, the same thing happened, with them providing “live event” listings for both Northern Arizona at Arizona State and for Florida Atlantic at Minnesota, and promoting those to people who had expressed interest in NCAA football. Yes, all of those games were originally scheduled for Thursday evening, but Florida Atlantic is the only one of those schools currently planning to play this year (although that could change), and it’s been known for months that these particular games weren’t happening.

The Big Ten and Pac-12 both announced in July they were going conference-only before eventually saying in early August they wouldn’t play in 2020. And Northern Arizona’s conference, the Big Sky, announced in early August they were putting off football entirely until 2021. So it’s not particularly news that these games aren’t being played. And even when they were set to be played, they were going to be on a Thursday night rather than during the middle of the day. But Twitter’s events approach still managed to somehow include them, and to indicate they were “live” in the middle of the afternoon. And they took a bunch of criticism for that; here are some tweets from each of those “event” listings.

What kind of joke is @Twitter playing on us?! I really wish they were correct and the @GopherFootball team was playing right now! #SkiUMah #Gophers #RTB pic.twitter.com/bke1gm9dDL

According to Twitter, @ASUFootball plays against NAU today ?‍♂️ pic.twitter.com/3HrYhlSANE

We’ll see if Twitter can actually figure out what NCAA games are really being played by this weekend, or if this is going to be a recurring piece on how bad their event algorithm is.