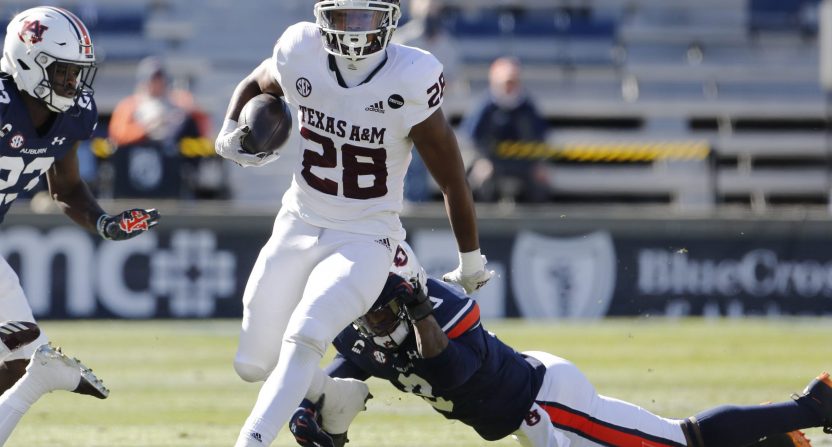 Critics have been saying that the new NIL rules surrounding college athletics are going to ruin things. So far, the only thing it seems to have done is given student-athletes the chance to make some decent cash relative to their value (which was, you know, the point). And the people most decrying the new rules are usually well-compensated people who have benefitted most from the stringent rules and free access to those athletes.

While sponsorships and advertising are two spaces where most people have focused their sights on the new NIL rules, media access is another avenue that needs to be considered. While access to press remains the same and student-athletes will still have to be made available in all the same ways, the opportunities to provide exclusive access for a fee are now a possibility. Case in point, Friday’s “NIL event” hosted by TexAgs.com, in which Texas A&M running back Isaiah Spiller and safety Demani Richardson were compensated $10,000 each for exclusive interviews.

The event was sponsored by GreenPrint Real Estate Group, which put up the payments to both players.

“This took a lot of work in order to make sure everything was on the up-and-up and by the book in terms of the new NIL rules and this uncharted territory, but it was worth it to see how excited the guys were for the opportunity,” TexAgs co-owner and executive editor Billy Liucci said on TexAgs. “I also think everyone wins here, from the content to the student-athletes and, of course, for you the subscribers.”

The exclusive interviews with Demani and Isaiah were posted in video format on the TexAgs site.

Is this the new normal for college football players? Not exactly. That’s a lot of money to put up for this kind of content of very limited long-term value. The real value was likely in the coverage of the event as a new thing. While we might see other exclusive interview opportunities like it come up, it’s hard to imagine players will be able to bank this kind of money on a regular basis.

Plus, as mentioned, they’ll still be required to meet media demands through their schools. Most major news outlets don’t pay for interviews as well. College sports certainly has a lot of fan sites, blogs, and independent outlets that might be interested in these kinds of deals, but the payoff for them beyond the initial media value remains to be seen.

Still, if players want to make special announcements about their college careers or break a big story, they might consider getting paid for it from an outlet like this rather than working with traditional media outlets. It’s certainly something that many pro athletes have done before them.