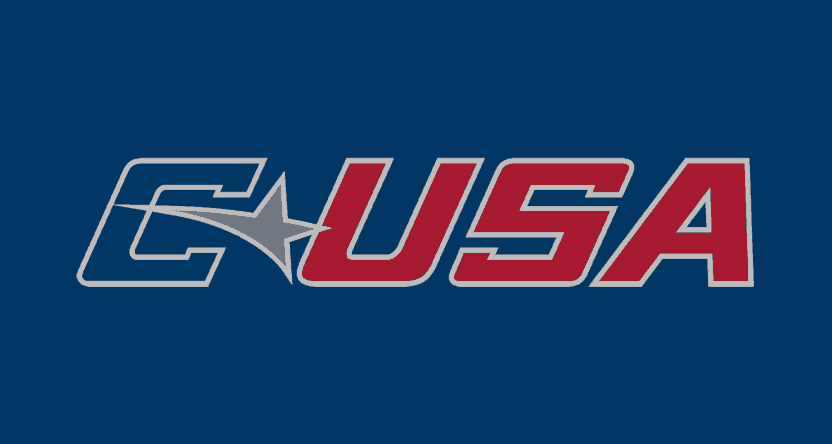 The latest wave of NCAA conference realignment may have started in the Power Five with Texas and Oklahoma heading to the SEC, but it’s had subsequent Group of Five reverberations as well. The Big 12, eager to keep its Power Five status, fought hard to prevent any further exits (even sending a cease-and-desist to ESPN on that front, for what good that may or may not have done) and added four schools: American Athletic Conference members Cincinnati, Houston, and UCF (which was funny considering an AAC source’s claim they were going to try and get remaining Big 12 schools; the reverse happened), plus independent BYU . The AAC then responded by raiding Conference USA for six schools, and as per Brett McMurphy of The Action Network, the Sun Belt has now followed suit. McMurphy writes that the Sun Belt officially added Southern Mississippi Friday, and that two other schools are expected to come along as well:

A charter member of Conference USA since 1995, Southern Miss applied and was accepted into the Sun Belt on Friday. The Golden Eagles will begin play in their new conference in 2023, sources said.

However, the additions of those three schools to the Sun Belt are viewed as just a formality, and an official announcement of some new members to the Sun Belt is expected Monday, sources said.

Chris Vannini of The Athletic (who wrote about the possibility of the Sun Belt grabbing C-USA members earlier in the week) added some confirmation on Twitter:

SOURCE: Southern Miss has just finalized its agreement to join the Sun Belt. Could be announced on Monday. Other schools are TBD.

A notable element to keep in mind as to why these moves are happening is the broadcasting setup. The Sun Belt signed a contract extension with ESPN through the 2027-28 season back in 2018, and while it’s far from the biggest-value or most prominent of ESPN’s college deals (most of the games air streaming-only on ESPN+), there’s at least some stability there. Conference USA has an ESPN/ESPN+ deal too (also signed in 2018), but it’s for far less games; they’ve had others airing in a wide variety of places, including CBSSN, NFL Network, Stadium, and Facebook. (For this year, their home games are split between CBSSN, Stadium, and ESPN.) So it’s not difficult to see the Sun Belt media deal as looking much more favorable, even before it comes to the money. And while ESPN has been trying very hard lately to claim they’re not involved in conference realignment, the moves here seem to be at least partly about the greater stability and better TV deal the Sun Belt currently has, whether ESPN played any role in encouraging the Sun Belt to expand further or not.

As for the impact of these moves, Southern Miss leaving itself is bad enough for C-USA, especially when you add that to the six schools that already left for the AAC. If Old Dominion and Marshall go as well, that would leave the conference with just five football-playing schools (Middle Tennessee State, Florida International, Western Kentucky, Louisiana Tech, and UTEP), below the eight needed for a DI conference. (Interestingly enough, the first three of those schools came to C-USA from the Sun Belt in 2013 and 2014.) And that could lead to it collapsing entirely. But the conference statement and some schools’ statements so far are about trying to keep the conference together:

“We have a strong core of members to build around and are continuing to work to strengthen our league as we move forward. There are several institutions interested in joining Conference USA, both across FBS and FCS.” pic.twitter.com/N5rGPXJ3yw

UTEP AD Jim Senter tells me that the Miners are committed to remaining in Conference USA, no matter who is in it.

Becoming an FBS Independent basically the last resort for the Miners. They want to be a part of whatever rendition of #CUSA emerges after realignment.

That may be tough, though, especially as these latest defections have once-possible targets thinking twice. That may include the Liberty Flames, who McMurphy writes “have some reservations about C-USA and likely will remain an independent.” So who could C-USA actually add? Pete Thamel of Yahoo Sports listed some targets:

Conference USA is actively pursuing multiple avenues to expand and stay afloat. Among the schools they have been engaged with are Sam Houston State, New Mexico State and Tarleton State. There’s an effort to fortify the Western flank of C-USA that got gutted by the AAC.

Sam Houston State is maybe the most prominent of those targets. The Bearkats are currently in the Western Athletic Conference at the FCS level, and they won a FCS national title for the 2020 season (that game, against South Dakota State, was actually played this May thanks to COVID-19 rescheduling of the FCS season to the spring). They’re 5-0 this season and contending again. Meanwhile, New Mexico State has been a FBS independent since 2018 (they were a football-only member of the Sun Belt from 2014-17), and the Aggies are 24-70 overall under head coach Doug Martin (who’s held that role since 2013), including a 1-6 mark this year. And Tarleton State used to be in Division II, but moved up in football ahead of last season; like Sam Houston State, they’re also currently in the WAC, and are 3-3 overall this year.

We’ll see if those schools actually wind up joining Conference USA, and if the remaining C-USA schools decide to stay there. There’s still a lot that could happen on both of those fronts. But these Sun Belt moves are definitely notable, and they definitely increased the pressure on C-USA.