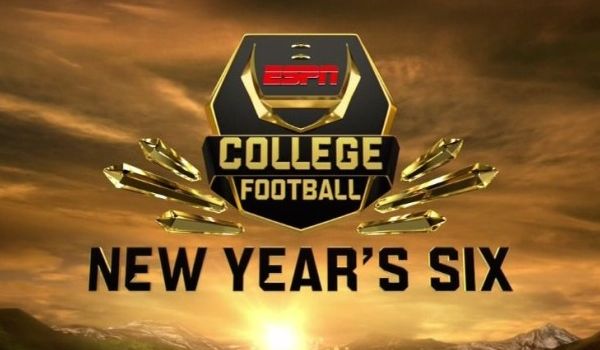 10. Las Vegas Bowl: San Diego State vs. Houston – Dec. 17, 3:30 p.m. ABC
Houston has a ton of talent, but not much direction without Tom Herman. San Diego State did not finish the season well but still won the Mountain West title. Will Donnell Pumphrey break the NCAA all-time rushing yardage record? This could be a historic game.

8. Outback Bowl: Florida vs. Iowa – Jan. 2, 1 p.m. ABC
This matchup is an exciting one, as slow as it might end up on the field. Both teams have strong defenses and struggling offenses. The Gators have a bit more talent, but Iowa has the better quarterback. This should be a battle for just about every single yard, and the game could hinge on field position and coaching strategy. If you like old-school football, this could be te one to watch.

When the opponent is a Boise State or a team like Houston last year, there is no shame in losing and there is great pride in winning. When the opponent is a MAC school with no real history and has a “signature” win this season over 6-6 Northwestern (by one point on a late goal-line fumble, to boot), though, Wisconsin is in a pickle. Losing this game will hurt. Winning won’t help that much. The Badgers have superior talent, but Penn State showed what tall, talented receivers can do against Wisconsin’s athletic, but undersized secondary. If Western Michigan wants to have any chance at all, Corey Davis needs to have the game of his life — and then some.

6. Sugar Bowl: Oklahoma vs. Auburn – Jan. 2, 8:30 p.m. ESPN
The Sugar Bowl is probably regretting being contracted to the SEC without the out clause that the BCS used to have regarding a cut-off for replacement teams. Then again, the CFP committee has Auburn at No. 14. Auburn does have a better defensive line than Oklahoma has faced since the Ohio State game, but it’s a little difficult to get overly excited about this game. The game will really hinge on how well Oklahoma can slow down Auburn’s at-times inefficient offense.

5. Orange Bowl: Michigan vs. Florida State – Dec. 30, 8 p.m. ESPN
Along with USC, these are two of the most talented teams in the country not to make the Playoff. Florida State has had a disappointing season (relatively speaking), but looks to have a great quarterback for the future in Deondre Francois. Michigan is loaded with talent across the board, but we’ll find out just how motivated Harbaugh and Co. will be after missing the Playoff for the second year in a row.

4. Alamo Bowl: Colorado vs. Oklahoma State – Dec. 29, 9 p.m. ESPN
This is one of the only five bowl games between two Top 12 teams. Both of these teams had great seasons and the matchup here is really enticing. Oklahoma State has a good defense — for the Big 12, at least — and Sefo Liufau will have to work to replicate his success from most of the season. Oklahoma State lost a head-scratcher to Baylor before Baylor fell apart and lost an awful game to Central Michigan. This is a talented team, though, and the winner of this game will rightfully deserve a place in the Top 10.

3. Rose Bowl Game: Penn State vs. USC – Jan. 2, 5 p.m. ESPN
These are two of the hottest teams in the country. If the Playoff was about who’s hottest at the end, and not about the entire season, these two teams would probably be the third and fourth favorites in the country (after Alabama and Ohio State, maybe also after Michigan). Trace McSorley looks like a future star and this Penn State offense is clicking. It will need to click to keep up with Sam Darnold and his crew of talented skill players.

2. Peach Bowl: Alabama vs. Washington – Dec. 31, 3 p.m. ESPN
This game seems exciting, but only if you believe that anyone can beat Alabama. Chris Petersen is one of the best coaches in football, though, and with a month to prepare, maybe he’ll be able to draw something up to beat Nick Saban. The talent is clearly in Alabama’s favor, but Washington isn’t too far behind. If the offensive line can give Jake Browning just a bit of time, maybe we could have something special in store.

1. Fiesta Bowl: Clemson vs. Ohio State – Dec. 31, 7 p.m. ESPN
The Buckeyes were clearly the second-best team in the country this year, but there are some major questions leading into the bowl. The offensive line has struggled at times, and the offense was thoroughly shut down by Michigan. J.T. Barrett has had struggles throwing the ball. But Clemson also has questions. The Tigers were a missed short field goal (by N.C. State) away from not even being in this Playoff. The offense has stagnated at times as well, and the defense occasionally looked porous against Florida State, Pitt, and Virginia Tech.

These are two highly-talented teams — clearly two of the very best in college football right now — but each have weaknesses. Whichever team shores up those weaknesses and learns how to best exploit those of its opponent will win this game. It should live up to its billing.