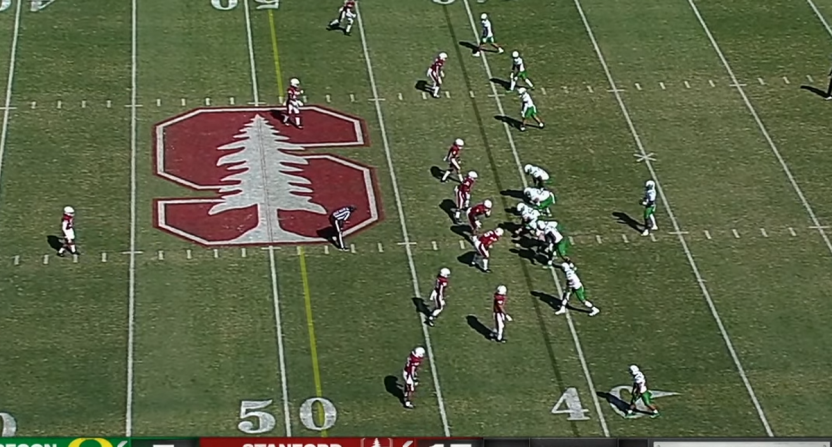 Stanford-Oregon is airing on ABC, and the picture quality (or lack thereof) has been a big topic of conversation.

Watching it on my laptop, it definitely gives an “off” feel; mostly observable on the main field camera, but definitely not great overall. Players just feel kind of blurry; that main angle is sort of like an old ESPN3 stream.

The field is fine (I'm here) but there's something wrong with the TV broadcast.

It’s probably even more noticeable on bigger screens, and some people have definitely noticed. Tim Burke weighed in with an educated guess and some comparison photos:

The entire broadcast is terrible. This is usually the telltale sign that they are broadcasting an anamorphic SD signal and upscaling it. i haven't seen a game look like this in years though https://t.co/WL4EWHSlMY

for comparison's sake, the ATSC3 Cincinnati-Notre Dame broadcast vs the same format for Oregon-Stanford pic.twitter.com/P8sr5BKnIn

if i had to guess there is for whatever reason *waves hand* there is a shortage of up-to-date broadcast equipment on the west coast. perhaps due to NFL + MLB + NHL + NBA (soon) all in action. https://t.co/mFfQYwR73I

That’s small comfort, though, to people watching, many of whom aren’t thrilled with a broadcast quality that makes the game hard to follow.

ESPN is using a camera from 1997 to broadcast this Oregon/Stanford game.

Cool throwback look in the Oregon-Stanford game with the wide camera apparently broadcasting the game in 360p. 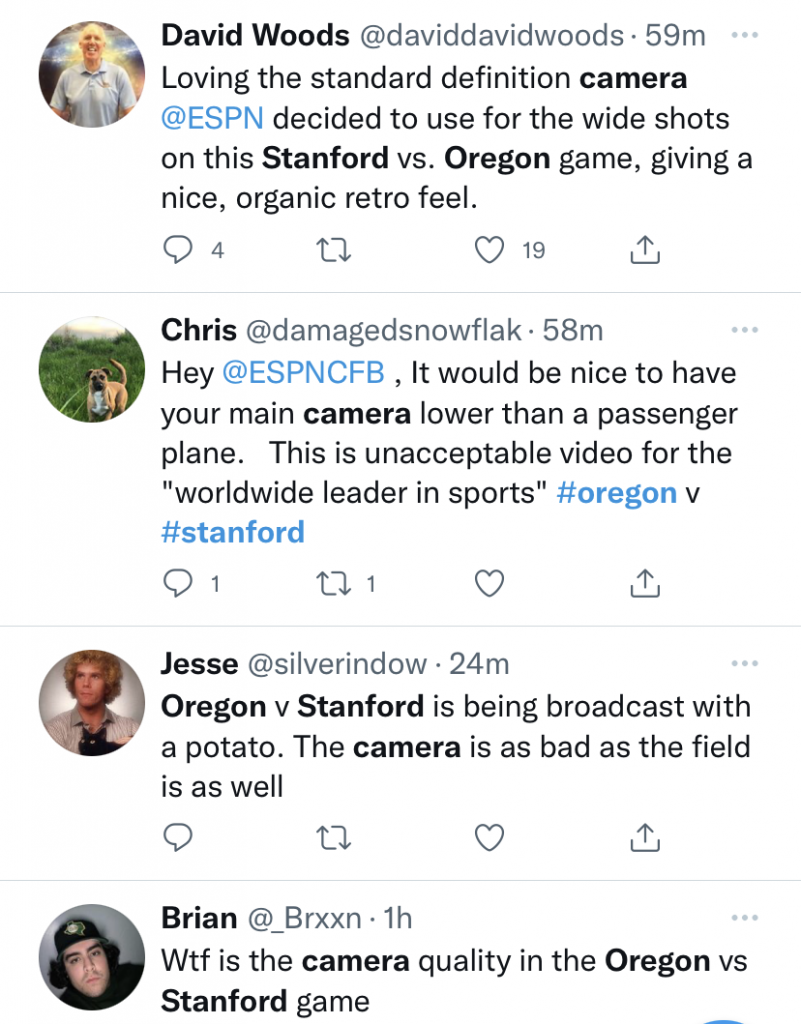 It’s unfortunate for a fairly high-profile contest, but sometimes this is just what happens, whether it’s caused by accidental malfunctions or a limit of resources.