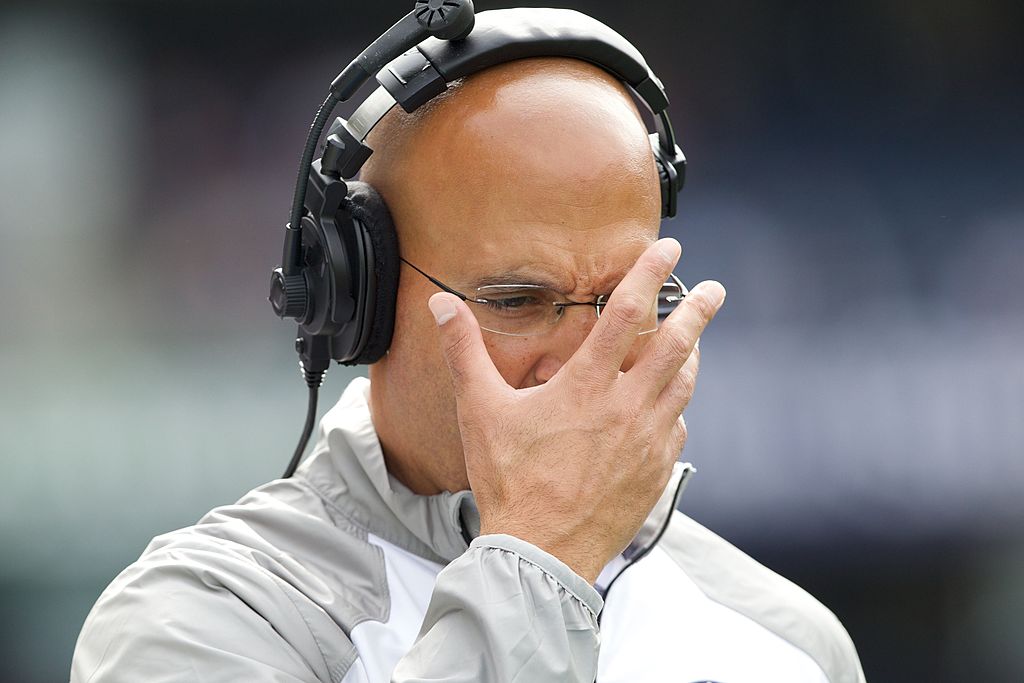 Penn State head coach James Franklin blocked an ESPN reporter on Twitter today, seemingly because that reporter pointed out the awkwardness and mixed message a graphic shared by the Twitter-savvy coach shared on his feed.

James Franklin, as a number of college football coaches tend to do, shared a promotional graphic on his Twitter feed. These types of promotional art tend to be of the motivational type and convey the message those who choose to be a part of the specific program will develop character and achieve greatness, if they work for it. That had to be the message Franklin was hoping to spread, because the message at the top of the graphic read “No talent required.”

Uhh, no way. That could not have possibly have happened, right? Oh, it most certainly did. Franklin deleted the tweet in question, but nothing ever escapes the vacuum that is Twitter, and ESPN.com reporter Josh Moyer made sure of that.

Well, JF deleted the tweet in question – and apparently blocked me for pointing it out.

Here's the pic he tweeted: pic.twitter.com/0fDTCy9ytr

Yep. There it is, as plain as day. “No talent required.” Sure, the general message was actually supposed to be encouraging, suggesting that even those who lack the ability to score a scholarship can achieve greatness (as Penn State defensive lineman Carl Nassib, a former walk-on turned All-American can prove), but how a graphic like this passes enough eyeballs without raising an eyebrow remains a bit of a mystery. Consider somebody had to come up with the premise for the design, someone else may have designed it, and someone else had to give the image a final approval, we would think, before passing it on to Franklin and the coaching staff, who were then free to use the art as they see fit. This one feels like a big swing and a miss.

But the more interesting tidbit of all of this is the blocking of a reporter for pointing out the mixed message the art conveyed. Was Moyer blocked for making Franklin feel like a fool? Is Franklin so sensitive he sees this as a distraction he wishes not to have come his way again? If nothing else, Franklin has been one of the more forward-thinking coaches when it comes to social media, but this just comes off as petty and silly. Franklin is free to block anyone he chooses, just as you and I are, but Moyer has been a consistent reporter following the Penn State football program for a few years now during his Big Ten duties in the east, and something like this hardly feels block-worthy.

I should make note, Franklin also follows me. For now. I’ll keep you posted if this post leads to yours truly being blocked as well.