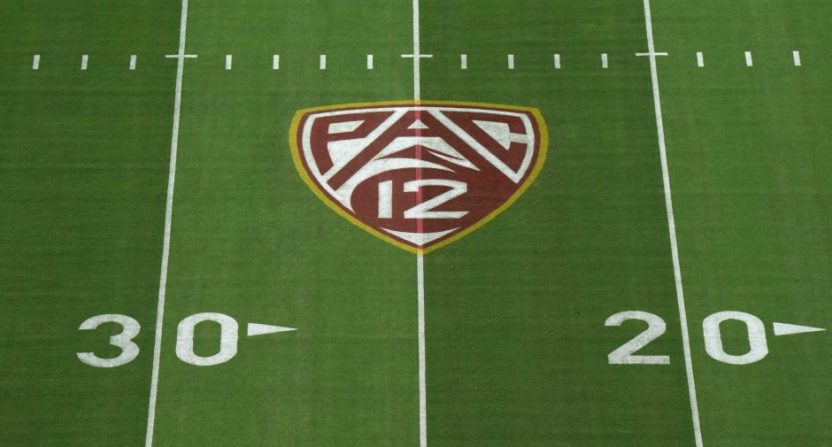 The Pac-12’s rights are heading to the open market.

On Friday, the Sports Business Journal reported that the conference’s exclusive negotiation window with ESPN and Fox had ended without a new deal. This doesn’t mean that either conference is out of the picture for the conference’s rights, just that other parties that aren’t existing rightsholders (Amazon, Apple, etc) can get involved.

Per SBJ’s reporting, the negotiations are expected to carry on into 2023.

There isn’t a clear picture of when the Pac-12 will be able to finalize a deal. Its current arrangement has the conference in 12-year deals with ESPN and Fox that run through 2023-24. Sources have said that ESPN and Fox continue to have strong interest, but other digital companies like Amazon and Apple are thought to have an appetite for Pac-12 rights as well.

The negotiations are expected to continue into early 2023 if they’re not solidified sooner. Talks at this stage also bring more details to the table, such as night games and late start times, issues that have agitated Pac-12 followers in the past. The previous deal that paid the conference $250 million annually was negotiated a dozen years ago and was considered a lucrative, groundbreaking deal for the league at the time. The Pac-12 is negotiating its new deal on the heels of losing USC and UCLA to the Big Ten.

This is when the negotiations will start to get interesting. Since the Pac-12 signaled this summer that it was ready to open media rights negotiations, Amazon has been linked as a possible home for the conference. During the exclusive negotiating window, the Pac-12 couldn’t truly open up talks with the streamer (or any other companies), which they now can.

There’s been a lot of chatter about the conference and the value of its rights, and we’ll now be able to see just how other companies value the Pac-12 going forward.