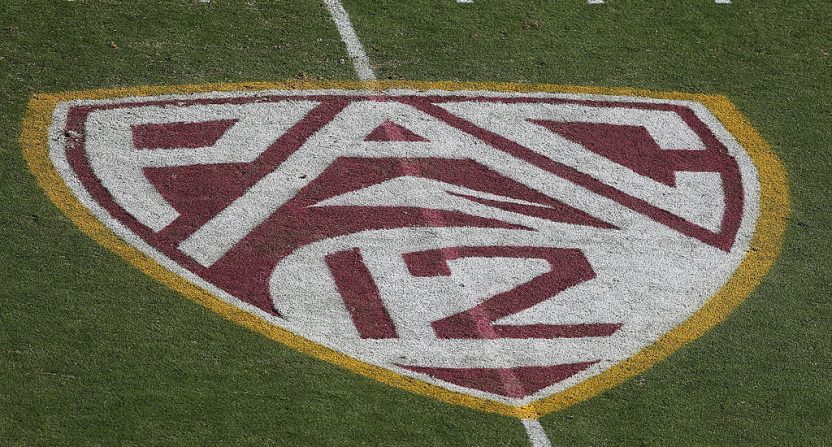 Last winter, there were reports that Pac-12 commissioner Larry Scott was exploring selling a stake in the holding company that owns the conference’s media rights to private investors in an effort to generate a short-term capital influx to help satiate member schools.

This summer, news came that the league was fielding offers in the $750 million range, that would place the valuation of the league’s rights around $5 billion. Now, though, a report suggests that Scott and the Pac-12 have moved on from this idea, at least in one iteration. From Jon Wilner in the Mercury News, who will have a lengthy interview with Scott out next week in podcast form:

The Pac-12 has decided against selling ownership in its media rights to a private equity firm, commissioner Larry Scott told the Hotline, but it still could take on a strategic partner.

Scott said the presidents and chancellors have ruled out an arrangement with a “pure financial institution” that would receive minority ownership in a media rights holding company and, in return, provide each campus with tens of millions in up-front cash.

However, the Pac-12 continues to examine partnerships with media or tech companies that could involve selling ownership for cash but would better position the conference for media rights negotiations in 2023-24.

“We’ve narrowed the field,’’ Scott said. “(The CEOs) were not interested in doing something with a pure financial institution, even though we had a lot of interesting offers at the kind of valuations we were hoping for and really great terms.

“They don’t want to do something with a private equity or financial firm.”

So, to recap: the Pac-12 no longer has interest in a private equity deal. This shouldn’t be a surprise; a deal like that never seemed to make sense for an athletic conference. The short-term infusion would have been nice, and perhaps could have helped level the playing field against other leagues, which could theoretically have boosted the Pac-12’s leverage in getting distribution for the Pac-12 Network.

(After all, no Pac-12 team has made an appearance in the College Football Playoff since Washington in 2016, and Oregon’s surprise Final Four run in 2017 is the league’s only men’s Final Four appearance since 2008.)

Instead, the league may apparently consider partnering with a media or tech company:

Several of those same analysts saw logic in partnering with a media or tech company — as long as the terms were favorable for the universities.

The short-term cash infusion would serve as a bridge loan until the new media rights deal begins in 2025.

But the short-term benefits, analysts said, would have to be significant enough to mitigate the long-term loss of income resulting from the strategic partnership.

Media and tech companies might not demand the same return on investment as a private equity firm because of the benefits that would come from owning Pac-12 football content.

The irony, of course, is that the Pac-12 refusing to partner with an existing media company in order to enhance launch distribution for the Pac-12 Network is one of the main reasons they’re in this position now. Larry Scott’s money quote, really is this one, when he lays out as new information something that anyone who has spent time criticizing the Pac-12’s media strategy has known for a long time now:

Scott said the response [to the initial private equity offer] “has convinced me and our members that we’re sitting on a lot of unrealized value, and we have reason to be confident when our rights become available.

“Some of the smartest minds out there, some of the people that make the biggest bets on sports, are really interested in working with us.”

When your job is to make sure all that potential value gets realized, maybe this isn’t the best thing to say publicly. In any case, the Pac-12 is stuck in a holding pattern for a few years anyway, so we’ll have to wait and see what the landscape looks like then.