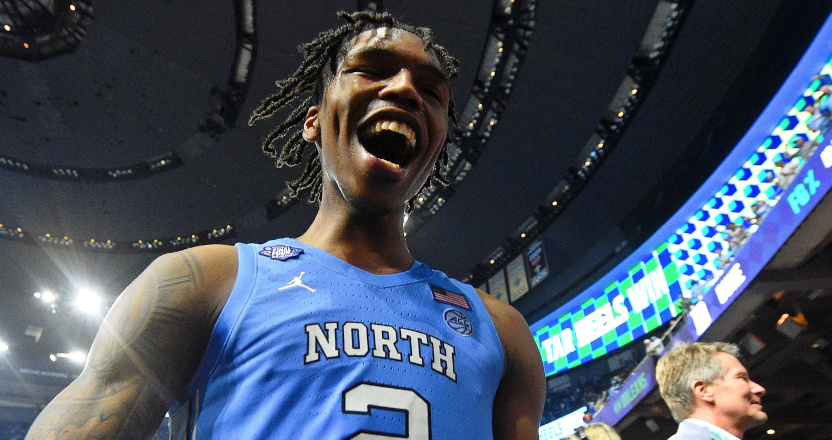 The North Carolina Tar Heels’ men’s basketball team’s 81-72 Final Four victory Saturday over the Duke Blue Devils, the teams’ first-ever meeting in the NCAA Tournament, unsurprisingly drew a massive TV rating for Turner Sports (and their NCAA Tournament broadcasting partner CBS Sports, but this game was on Turner channels). But it’s notable how big that rating was; the game (aired across cable channels TBS, TNT, and truTV) was the most-watched men’s national semifinal game on any network since 2017 (North Carolina-Oregon), impressive considering that the 2017, 2019, and 2021 games were on broadcast television on CBS. And it also set several streaming records. Here’s more from a Turner release:

Turner Sports and CBS Sports’ exclusive coverage of last night’s NCAA Division I Men’s Basketball National Semifinal classic – North Carolina defeating Duke, 81-77 – airing across TBS, TNT and truTV produced the most-viewed NCAA Men’s Final Four telecast on any network since 2017 (North Carolina vs. Oregon on April 1, 2017). The UNC/Duke game delivered an average of 16.3 million viewers, based on total audience delivery, which projects to be the second most-viewed college basketball telecast in the history of cable television once out-of-home viewership is included. Based on tournament to date trends, out-of-home viewership is projected to be a lift of more than 10% to the final viewership totals.

…NCAA March Madness Live produced multiple all-time marks for last night’s UNC/Duke game, with the largest audience and most minutes consumed for any single game in MML history. The NCAA Men’s Final Four produced records across streaming platforms, including a record-shattering 1.4 million concurrent streams during UNC/Duke. This year’s NCAA Men’s Tournament – through the Final Four round – has already generated the most live uniques for any full tournament in MML history.

Those total audience numbers for the Tar Heels’ win (guard Caleb Love is seen celebrating it above) are based off Nielsen fast nationals on the TV side and off live minute-level data streaming for March Madness Live and TNT.tv and TBS.com data from Conviva. There are a few things to keep in mind with that when it comes to comparisons to previous years. First, it’s notable these fast national TV ratings do not include out-of-home viewing; that is included (since the fall of 2020) in the final numbers, but not the fast nationals.

Out-of-home viewing is a huge deal for sports events of all sorts, but especially for the biggest sports events, which benefit greatly from counting of viewers at bars and watch parties. And Turner projects in their release that “Based on tournament to date trends, out-of-home viewership is projected to be a lift of more than 10% to the final viewership totals.” That would make this the second most-watched men’s college basketball broadcast ever on cable television, behind only Wisconsin’s 2015 Final Four win over undefeated Kentucky, which averaged 22.6 million viewers.

On the streaming side, it’s worth noting that there are some debates about how many viewers should be counted for each stream and how that compares to past data; NBC, for example, used a “connected device co-viewing” model for the Super Bowl this year suggesting 11.2 million streaming viewers across 6.0 million streams, while the 6.0 million is the number that would have been used in the past. Different companies handle streaming numbers in different ways, and a lot of the streaming measurements have changed in the past few years. (It’s not just them, though, as that out-of-home change to Nielsen’s TV ratings has also been huge.) So all in all, there are some limitations to year-over-year comparisons.

With all that context, it’s still absolutely huge to see the biggest number here since 2017. And it will be interesting to see how the audience shapes up for Monday’s national championship game, featuring the Tar Heels against the Kansas Jayhawks (who averaged a TAD of 10.3 million viewers, again without out-of-home viewing, for their early Final Four semifinal win over the Villanova Wildcats Saturday). It seems likely that game will probably come in below this one, especially without the Duke-North Carolina rivalry and without the added draw of Coach K’s final game, but the Tar Heels and Jayhawks both have big fanbases. We’ll see how that one does.