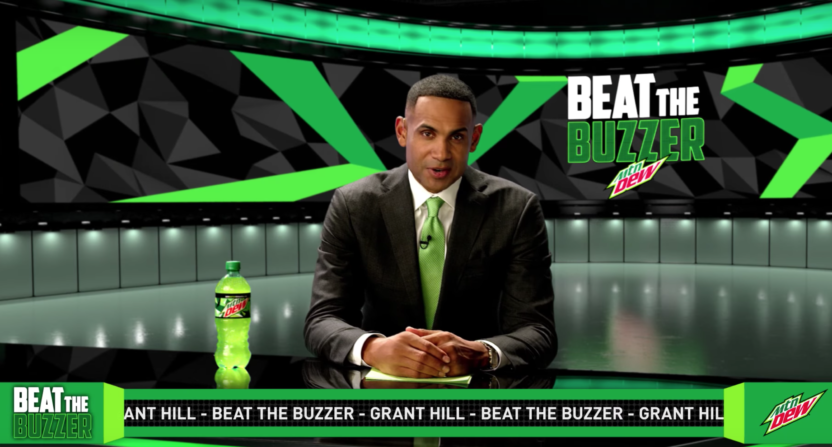 Now, the YouTube link where the spot formerly lived leads to a dead video, and SBJ’s Michael Smith reports that Mountain Dew has pulled the commercial from the air.

The ad in question featured Hill at a news-anchor desk talking about the NCAA Tournament while a buzzer sound bleeped out trademarked phrases such as “March Madness” and “Sweet 16.” If Coca-Cola, which reportedly spent $30 million on March Madness rights, was already upset that a prominent figure at an NCAA Tournament rightsholder would endorse a rival, it must have been extra peeved to see Hill mocking the copyrights that benefit NCAA partners.

Still, it’s a bit surprising to see Mountain Dew pull a commercial that it has blasted across airwaves over the past week, apparently due to pressure from a rival. In light of that news, it’s easy to imagine a long string of phone calls, with Coca-Cola pressuring the NCAA and/or its broadcast partners, the networks leaning on Hill and Hill’s people asking Mountain Dew to pull the ad. Clearly someone nudged Mountain Dew in one way or another.

Regardless of how this went down, Hill (who will call the Final Four alongside Jim Nantz and Bill Raftery) is probably wishing he had never filmed that spot — or that Coca-Cola owned Mountain Dew.

Anyway, March Madness will now proceed without Hill getting beeped by a Mountain Dew buzzer. And it’s too bad, really, because the ad was pretty funny.