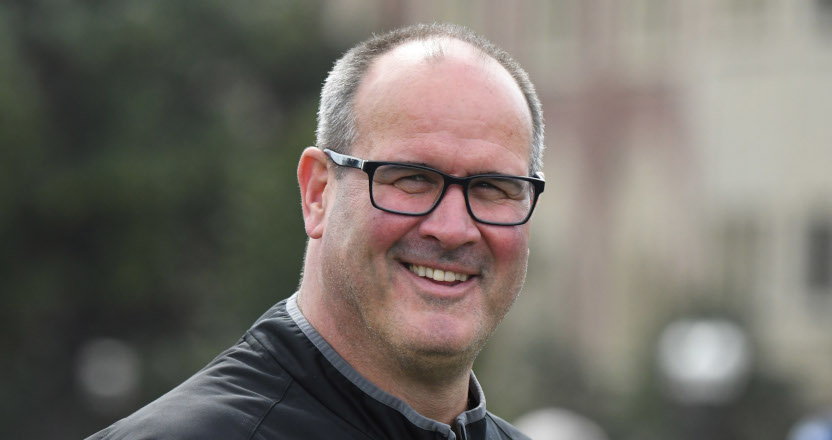 A fascinating part of Monday evening’s firing of Washington State Cougars head football coach Nick Rolovich over his refusal to get vaccinated against COVID-19 is that while many projected that as the outcome heading into Monday, it took a long time for an actual report that the university was in fact axing Rolovich. It looks like the first full report there from a regular media member was from John Canzano of The Oregonian/750 The Game in Portland, which came at 4:32 p.m. Pacific Monday:

Nick Rolovich has been terminated by Washington State, per a university source.

Terminated for cause, along with the other unvaccinated WSU assistants.

Not long after, that was confirmed by other media members, including ESPN’s Kyle Bonagura:

I can confirm @johncanzanobft report that Nick Rolovich is out as the WSU coach, per source.

Jake Dickert is expected to be named the interim coach.

However, three and a half hours before Canzano’s report, there was one tweet that said Rolovich was “out” without any hedging. And that came from former Minnesota Vikings head coach and long-time NFL assistant Mike Tice, on the Twitter account for his current podcast:

WSU head football coach Rolovich is out today for his refusal to get the Covid-19 vaccination. Situation could get pretty ugly.

And to show how notable those comments were at that precise moment, here’s the retweet of them from Colton Clark, a WSU beat writer for the (Spokane) Spokesman-Review:

No word from #WSU yet, but Mike Tice is reporting that Nick Rolovich is out after 11 games as the Cougars' coach. https://t.co/Wo10fcybbj

Of course, it’s possible that Tice didn’t have inside information, and that he just was willing to be a little more bold with his language than the many media people reporting “likely to” and so on. (For example, Jon Wilner of The (San Jose) Mercury News tweeted at 11:03 a.m. Pacific that there was a 99 percent chance the Rolovich situation was resolved Monday, and that his hunch was that it would end in a firing.) But it’s also quite possible that Tice did know something firmly before the regular media people. Tice’s Twitter bio has him living in Victor, Washington (near Seattle, about a five-hour drive to WSU’s home in Pullman), and beyond that, he presumably has a million contacts still in the football world from his decades as a NFL player (1981-95) and coach (1996-2017, including a 2001-05 stint as the head coach of the Vikings, first in an interim role and then in the full role).

The larger interesting point here is about people who know something before it’s publicly reported, whether that explicitly applies to Tice or not. Some think that it’s always reporters who know about moves before people outside of a locker room or organization, and there are some cases where reporters have even broken news of a coaching hire to the coach himself (in particular, the Green Bay Packers’ Matt LaFleur said he learned he was hired there from ESPN’s Adam Schefter). But there are also plenty of cases where someone outside the organization learns before the media, whether that’s Redditors katyperrysbootyhole and wetbutt23 from people they know at a gym or a Kansas City liquor store employee. And it sure seems like Tice may have fallen into that category here.

[Odds and Ends with Mike Tice on Twitter; photo from the NFLPA Collegiate Bowl in 2018]