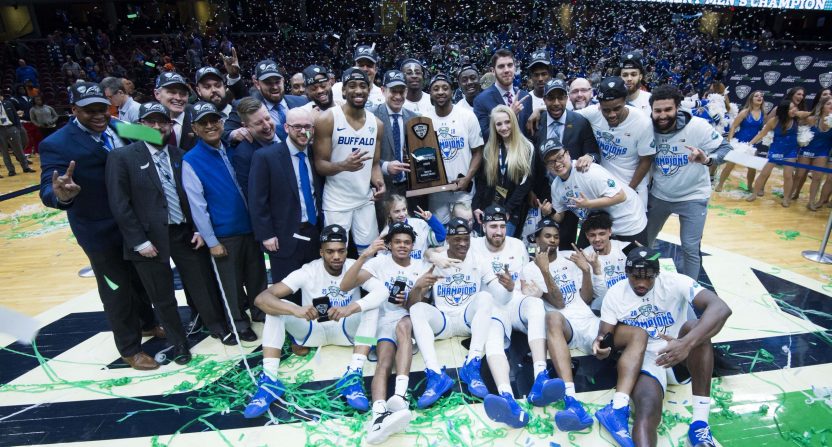 Becoming one of the first American leagues to take this radical a step in response to the spread of the Covid-19 coronavirus, the MAC announced Tuesday night that while they will still hold their men’s and women’s basketball tournaments in Cleveland as scheduled, they will take place in nearly empty arenas.

BREAKING: The MAC bball tournaments in will be closed to the public.

This follows a directive earlier in the day from Ohio governor Mike DeWine, whose office asked that athletic events taking place indoors not go on as scheduled, or take place with only essential personnel.

ATHLETICS: For indoor events, we are asking for no events with spectators other than the athletes, parents, and others essential to the game.

The MAC’s announcement follows that guideline pretty closely. We’re also a week away from the NCAA Tournament First Four games, set to be held in Dayton, and it’s possible the NCAA reaches a similar conclusion for those contests.

Not all Ohio sports teams are abiding DeWine’s request, though; the Columbus Blue Jackets announced their games will continue as usual.

All #CBJ scheduled games will go on as scheduled and be open to ticketed fans.

The ACC, meanwhile, announced that as of now their tournaments are set to be played normally also.

The ACC tournament is continuing as planned, with fans in the stands pic.twitter.com/SMPDByVBGm

That media and broadcast personnel will be there means that the games will certainly still be watched and covered, but it’s going to be a very different feeling than usual for a conference tournament, even for a smaller league like the MAC. It’s also possible more leagues or sports follow this approach in the coming days or weeks.

?The Big West Conference has announced that the league's basketball tournaments will be played without spectators as a precaution for preventing the spread of the COVID-19 virus.