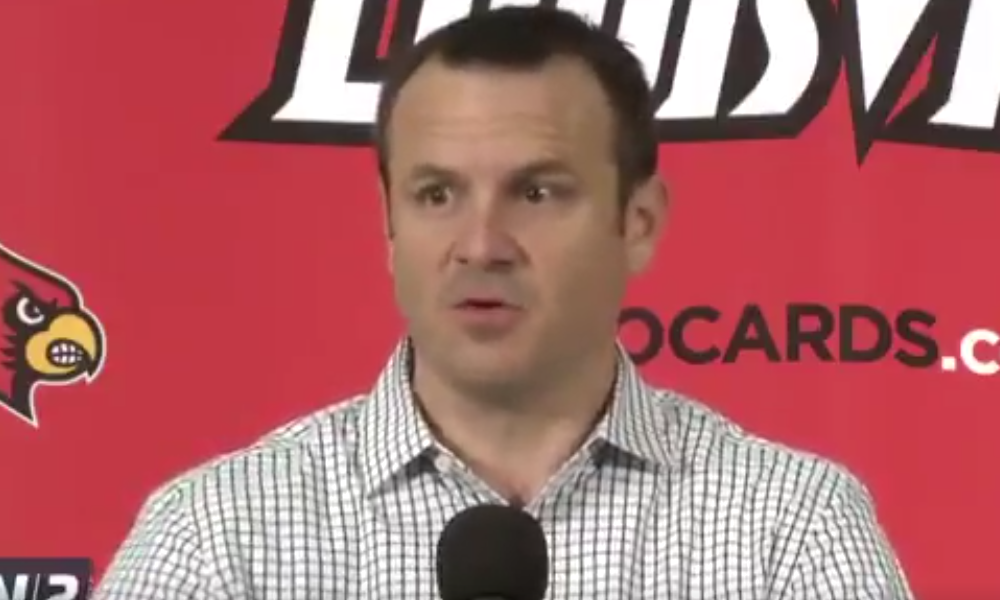 We’ve seen a lot of people be critical of “participation trophies,” and the latest is Louisville women’s basketball coach Jeff Walz.

After his seventh-ranked Cardinals lost 78-72 to fifth-ranked Maryland in the Big Ten/ACC Challenge Thursday, Walz went off on an incredible press conference rant about participation trophies, “the will to win,” and much more:

The highlight starts at 0:19: “We just live right now, the generation of kids that are coming through, everybody gets a damn trophy, kay! You finish last, you come home with a trophy. You kidding me? I mean, what’s that teaching kids? It’s okay to lose! And unfortunately, it’s our society, it’s what we’re building to, and it’s not just in basketball, it’s in life! Everybody thinks they should get a job, everybody thinks they should get a good job, but that’s not the way it works! But unfortunately that’s what we are preparing for. You finish fifth, you walk home with this nice trophy, your parents are all excited. No! I mean, not to be too blunt, but you’re a loser! We’re losers! We got beat, we lost. There is no trophy for us. But unfortunately, the way these kids are brought up today, there is a trophy. Because nobody wants these kids to get hurt feelings, nobody wants to get their feelings hurt. But in the real world, I’m not sure how it is with your all’s jobs, but with mine, you lose enough, you get fired. And that’s just the way it is.”

“And I’m trying to explain to our kids, ‘I’m trying to prepare you for the real world. Because when you go to get a job, there’s competition. And what are you going to do to stand out?’ But unfortunately, we’re not preparing these kids, before they get to us at least, to be ready for that. You know, when you play three, four AAU games in a day, you lose three and then you win the last one, everyone goes home happy. You’re one and three! I mean, I know it was a long time ago, but jackdarnit, when we played, you lost, you went home! There was no friendship bracket! You know, ‘Let’s go on the left side to the friendship game, so everybody can play two more games!’ No, you went home! You went home a loser! And then you worked at it if you wanted to be good.”

This is quite the press conference, and maybe the biggest rant from a college coach about his players since Dan Hawkins’ infamous “go play intramurals, brother!” We can add it to the list of older people whining about millennials and participation trophies, too. Perhaps Walz is auditioning for a part on The Great Indoors, or maybe he wants to hang out with Jim Vance and James Harrison. Either way, it made for some funny video. You can view the whole press conference here.