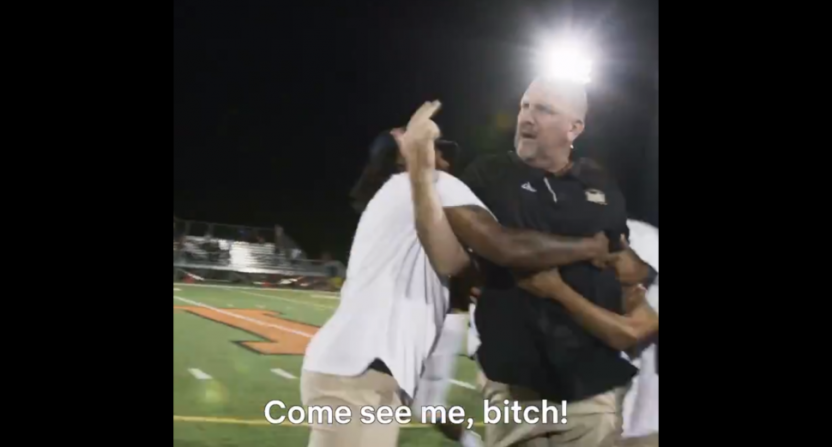 The fourth season of Netflix community college football documentary series Last Chance U (and the second focusing on Kansas’ Independence Community College) is almost upon us, and there’s maybe even more anticipation than usual for what it will show given recent headlines around that school and the Pirates’ football program. In February, former Independence player Alexandros Alexiou (who is German) went to a local radio station with a text from head coach Jason Brown saying “I’m your new Hitler,” which led to what Brown called “a constructive discharge of my employment” within a week. The next month, Brown released a letter he wrote to the school’s board of trustees claiming Alexiou started the Hitler nickname, and two weeks ago, Brown was charged with felony blackmail and identity theft for trying to silence a local newspaper by posing as a lawyer from Johnnie Cochrane’s law firm (!) and sending them cease-and-desist notices.

So, that’s quite the backstory ahead of this season, and the show announced a premiere date and released a trailer Tuesday:

New players, new season. Last Chance U returns to Kansas in INDY: Part 2 on July 19- only on Netflix. pic.twitter.com/aO06Tzvp3K

While this season was presumably mostly filmed during Independence’s football season last fall, before the Hitler text scandal, Brown’s departure from the program, and his subsequent eight felony charges, it looks like there’s going to be plenty on Brown here. From his “I’m kind of a fucking big deal” to someone else saying “ICC made a deal with the devil” around footage of Brown yelling “Come see me, bitch!” at someone (perhaps an official), Brown seems likely to again be a focus of the season. (He was in season 3 as well, where our Ben Koo’s review included “There are times he takes things way too far and you question if his behavior is detrimental to the team.”)

Regardless of if there’s much material on Brown’s eventual departure or not, there should at least be plenty to help illuminate how things got to that point. We’ll see how the new season plays out when it drops on July 19, but the off-field headlines since then around Brown and Independence will certainly have this on the radar for many sports fans.