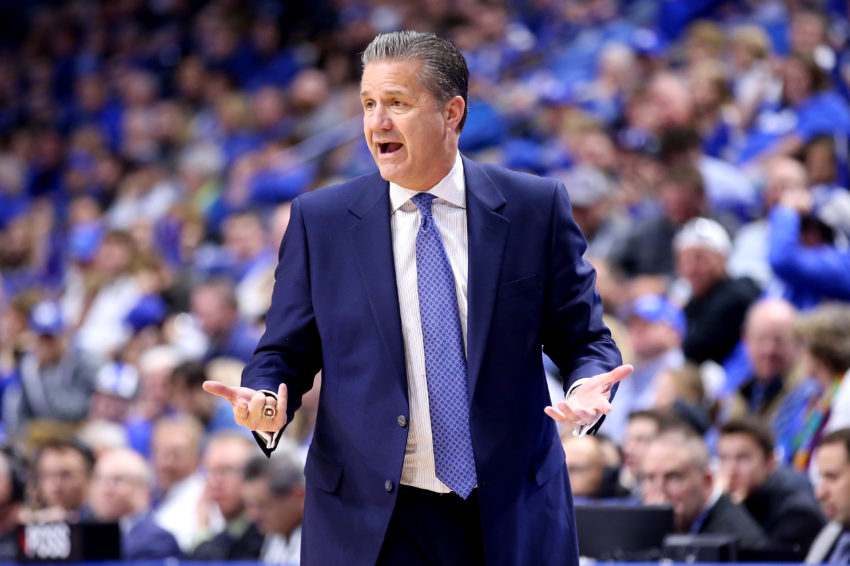 College conferences keep extending their in-league schedules, and Kentucky coach John Calipari is not happy about it.

According to USA Today, Calipari strongly opposes the SEC stretching to a 20-game conference slate, as more league games mean fewer fun matchups against out-of-conference opponents. The fact that this conversation even exists, Calipari alleges, is the fault of the TV networks.

“They need more inventory for their own network so you just play more league games and then you have more inventory for your network to put on,” Calipari said via teleconference Tuesday. “Hopefully in our case in this league (the Southeastern Conference) we stay where we are and if we don’t, we’ll make it work.”

“What you do is, you take away some of those kind of games that have been good to us,” Calipari said. “North Carolina, for example: If they go to 20 games we won’t have any more series with North Carolina, so I’m not for it.”

It’s easy to see why Calipari would favor more scheduling flexibility. Kentucky competes every year against not just its SEC counterparts but also against the whole country, and the Wildcats benefit from facing a more diverse slate of opponents. For a school like Kentucky that strives to be one of the nation’s best teams, a game against North Carolina is more important than another matchup against Arkansas or Alabama.

On the other hand, the schools and conferences are most interested in making money, and if TV networks want to pay for more conference games, there will probably be more conference games. The ACC has already made the jump to 20 games, in service of its cable network, and the SEC could easily be next.

Even if the SEC schedule grows to 20 games, Kentucky could presumably keep his high-profile matchups with major-conference schools and ditch games against UT Martin and Cleveland State. But Calipari is clearly fighting for the principle of not always caving to television’s demands.