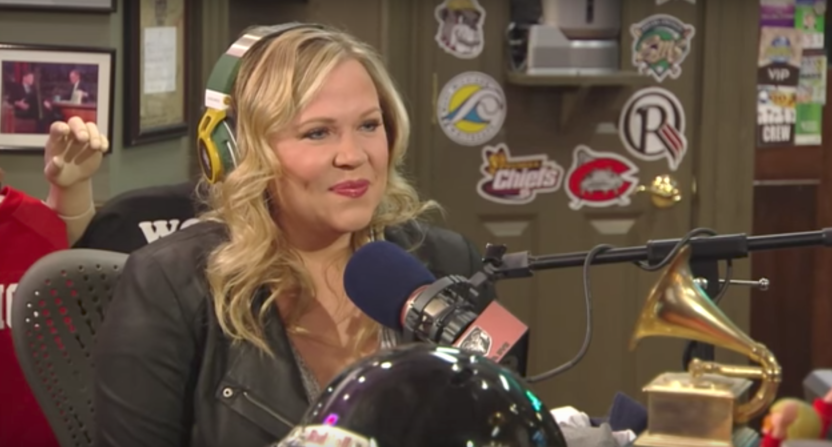 Two years after doctors first removed a tumor from her chest and barely a year after she began treatment for a new tumor, ESPN sideline reporter Holly Rowe is confronting cancer once again.

According to the AP, Rowe’s melanoma has returned and has spread. Having already undergone treatment for much of the past 16 months, she will reportedly head for a CAT scan Monday and proceed from there.

Rowe’s diagnosis comes right as the ink dries on a new contract extension that will keep her at ESPN for the near future. On Thursday, she wrote a letter on ESPN Front announcing her extension and providing an update on her treatment.

I am still working on getting rid of this pesky cancer. My treatments continue, but I am living a beautiful and blessed existence. I am so touched by the coaches, players, fans and viewers who have reached out with love, support, and prayers.

According to the AP, Rowe feared losing her job as part of ESPN’s layoffs last month, which could have been disastrous for her health.

“I was really grateful because my contract was up in April,” she said. “It would have been so easy for me to be one of those people. For me to have health insurance right now will save my life financially. This is helping me in my recovery. If this had been taken away, it would have been really hard for me.”

Rowe has worked at ESPN since 1998, meaning this is her 20th year at the network. She covers college football, basketball and softball as well as gymnastics, the NBA and the WNBA.

Rowe revealed last February that she had been diagnosed with a rare disease called desmoplastic melanoma. She has continued working throughout her treatment and in March said that sports had “saved my life.”