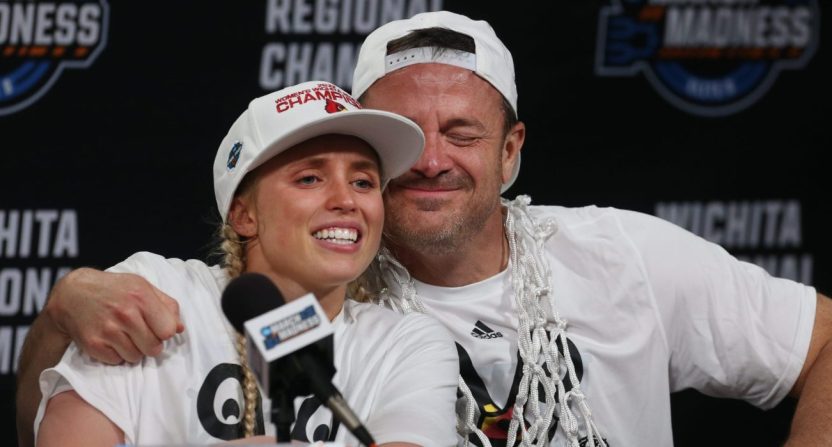 “I just want to win, man,” Van Lith said. “I’ll do anything to win. At first they were denying me touches in the first half. But I wasn’t gonna stop because I knew my time was gonna come.”

Winters-Scott noted Van Lith’s relationship with the late Kobe and Gianna Bryant, asking the sophomore guard, “what do you think he would say to you in this moment?” which prompted an epic interview response.

Van Lith kind of censored her f-bomb for the Disney-owned ESPN, but she let “sh*t” fly without much hesitation. The interview with Winters-Scott also came after Van Lith passionately told her parents “I’m gonna win this sh*t!” while celebrating the win.

Hailey Van Lith and her parents are in tears. pic.twitter.com/A7TzAZbp6w

When she was in high school in 2019, Van Lith began training with Kobe and Gigi Bryant in 2019. Van Lith, a native of Cashmere, Washington, trained at Bryant’s Mamba Sports Academy in Thousand Oaks, California, where she developed a friendship with Gigi and mentorship with Kobe. The NBA icon told Van Lith her work ethic and mentality on the court reminded him of himself.

After the win over Michigan, Van Lith and Louisville are scheduled to play South Carolina in the Final Four on Friday, April 1.