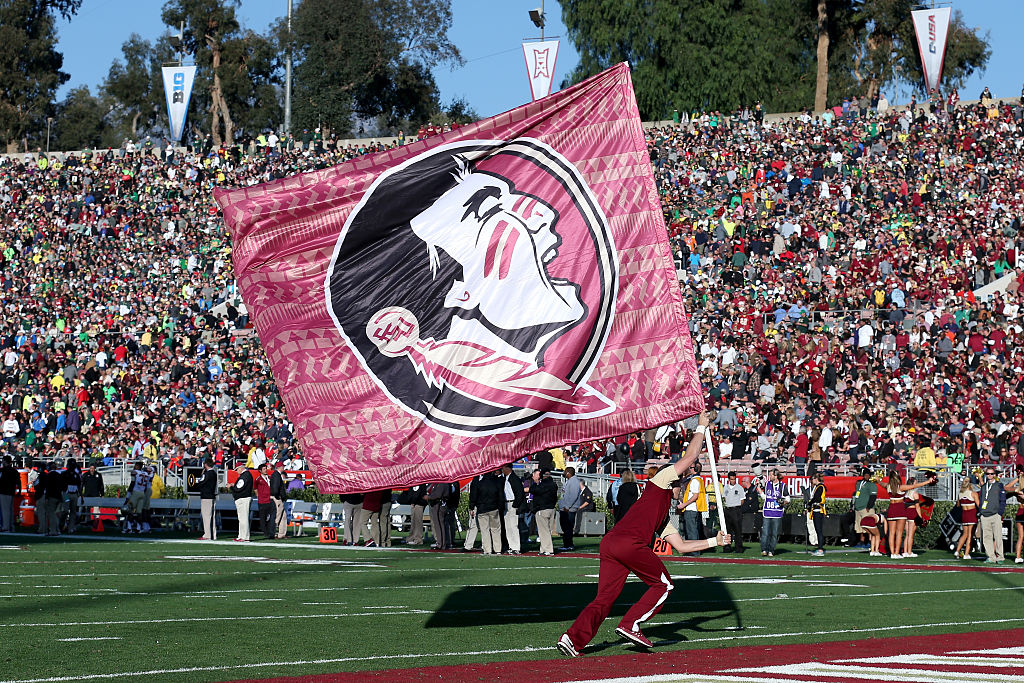 People do some really dumb stuff, and what got Florida State Seminoles strength and conditioning coach Vic Viloria suspended without pay this week is right up there with the dumbest of ideas ever.

Not only was Viloria caught by Tallahassee police for a DUI, he was also apparently driving home after a night of drinking with the crew on campus to film Showtime’s ‘A Season With’ series about the Seminole football program.

According to a report in the Tallahassee Democrat, Viloria admitted to drinking with the crew when arrested on suspicion of DUI and damage of property for hitting a traffic sign. The school released a statement, and it included Viloria’s version of events from this past weekend.

The coach said he was given a bottle of whisky by the “Showtime” crew and that he opened the bottle in his office and began to drink with two or three “Showtime” employees.

Viloria said he decided it was “inappropriate” to drink in his office where “other university employees or students could possibly see us,” so Viloria and the employees moved to the “Showtime” trailer.

Am I the only one that finds all of this suspicious to begin with? How does drinking a bottle of whisky with TV producers and staffers sound like a good idea? Loose lips sink ships and all…

FSU took a pretty strong stance here, as Viloria will miss two of the biggest games on the FSU schedule this season — Ole Miss and Louisville — while serving the four-game suspension.

Viloria is probably kicking himself right now because his role is a vital one to the health and well-being of the 105 guys in the Florida State football program. Without him, the strength and conditioning staff will have to work on the fly for one-third of the season.

As for the future of the Showtime series…you can bet that is going forward as planned, even if a message is being sent to the coach involved here. That much was made clear in a statement released by FSU president John Thrasher.

“I have suspended Coach Viloria for more than a third of the football season to send a strong message about the very serious nature of his offense.

“We have an outstanding athletics program, and fans must know it operates with class and reflects the university’s values. We are continuing to work with Showtime on their fall series showcasing our talented team, and they have been responsive to our concerns.”

It will be interesting to see how Showtime handles this situation, because sitting around drinking with the subjects of its series is also an unwise and unethical move. Yet, as the saying goes…apparently the show must go on.