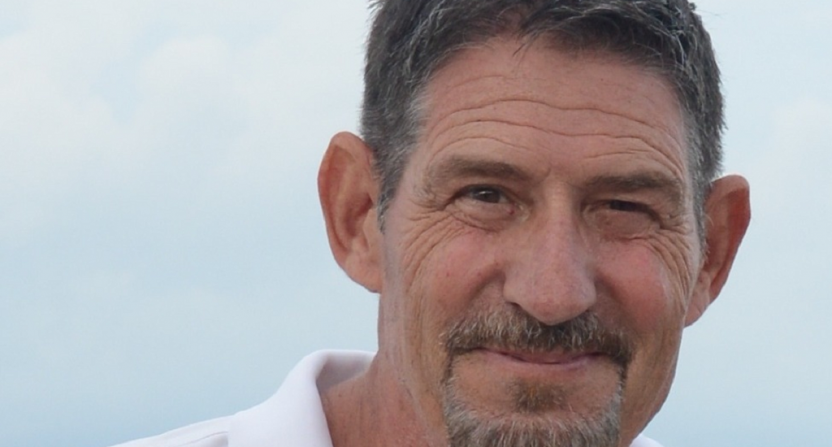 They don’t get quite as much publicity as national broadcasters or professional announcers, but a college broadcaster has an incredibly strong connection with their team’s fans. That’s especially true if you’ve called games for as long as Purdue’s Larry Clisby has; he’s been the voice of Purdue basketball since 1984, and has been calling Purdue games on the radio since 1977.

Every fall, Purdue fans have been able to count on Clisby’s presence, so from that perspective the fact that he’ll once again be back on the air this year isn’t that surprising. When you learn that just four months ago Clisby was diagnosed with Stage 4 cancer that had spread from his lungs to his brain, his return is incredible.

Nathan Baird of the Lafayette Journal & Courier profiled Clisby on the eve of preseason #24 Purdue’s 2018-19 season, which starts Thursday night with an exhibition contest against Marian University. It’s an astounding story, including the detail that Clisby’s cancer was caught only because he, a professional talker, suddenly struggled with his speech.

Whether on Purdue radio broadcasts or anchoring sports reports on WLFI, Clisby made his voice his life’s work. Yet he did not notice one evening in mid-June, at his part-time home in Florida, when he began slurring his words.

His fiancee, Michelle Mason, did — even though she thought he might be joking around, at first. She placed a call to Clisby’s friend Christopher DeMarco in West Lafayette to ask for advice.

Clisby underwent MRIs and other tests that night. Eventually his oncologist, through tears, delivered the diagnosis: Stage 4 metastatic brain cancer. The same cancer took his mother’s life years before.

“Me and (Mason), we looked at each other and gave each other a kiss and a hug and cried for about a minute, and I said, ‘Well, we don’t have much choice here,’ ” Clisby said. “Either we’re going to sit on this and let this (cancer) take us or we’re going to fight it.”

It’s an even crazier story when you consider Clisby has actually beaten cancer twice before this. On top of that, there was the crowdsourcing of funds for treatment options:

Shawna Serig Kelsch, a friend of Mason’s, set up a GoFundMe.com page with a goal of raising $10,000 towards medical expenses. [Purdue head coach Matt] Painter donated the full $10,000. By 5 p.m. on the day the word of Clisby’s plight began to spread, the effort had raised $17,000.

As of Sunday night, almost $71,000 has been raised in three months

Apparently it was money well donated, considering the news Clisby received not long ago, after ten rounds of radiation and four of chemotherapy:

About three weeks ago, Clisby underwent a PET scan, which allows his oncologist to look for the existence of cancer throughout his entire body. For the second time in four months, a doctor walked in with life-changing test results.

Clisby said the PET scan showed very little remaining cancerous activity anywhere in his body — save for one “hot” spot that continues to shrink.

That means Clisby is, as with every fall since 1977, set for a new season of Purdue basketball. He’s not sure how Thursday’s game will go:

Otherwise, normal life resumes this week. Clisby expects to travel with the Boilermakers as usual throughout the season. He and Mason plan to marry on June 15 — the one-year anniversary of his diagnosis.

He isn’t sure he can last a full two hours Thursday. But he’s said he’s felt a new “bounce in my step” in the past week.

The whole thing is such a wonderful story, and well worth a read. Congratulations to Clisby, and hopefully it’s nothing but good news from here.