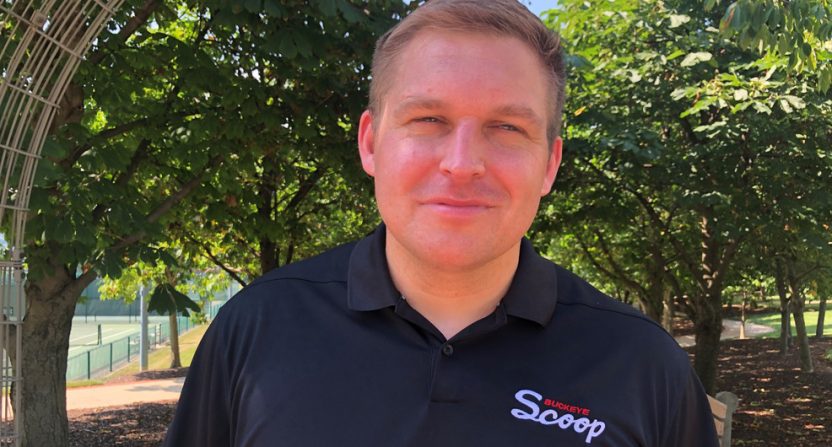 The majority of news, analysis, and recruiting coverage consumed by college football fans has long taken place on team specific subscription message board sites usually owned by national networks. You have 24/7 (owned by CBS), Rivals (owned by Yahoo), and On3, a new competitor started by the person who founded the former two networks.

It’s a big business and nowhere is it more lucrative and more competitive than on the Ohio State beat, where there are a half-dozen robust Ohio State-specific sites to go along with the coverage provided by newspapers and television affiliate coverage from across the state of Ohio.

But at the end of the day, how much subscription money from these sites finds its way to the content providers, as opposed to the larger corporate owners? In this age of more directly funding creators with solutions like Substack, Patreon, and even OnlyFans, would it economically make sense to just bypass a network altogether and keep more of that sweet subscription money?

That seems to have been one of the motivations for launching Buckeye Scoop, a relatively new Ohio State web venture that was founded a little over a year ago. From the start, the sites made waves by recruiting an impressive staff of Ohio State media members from competing sites. It got to the point where a lot of fans openly wondered where the money was coming from, and even if the site would be viable long term as the staff size from the start was perhaps larger than any other Ohio State outlet.

A little over a year later, things seem to have gone spectacularly off the rails as two of the more prominent personalities have been fired from the site and subsequently named in a lawsuit alleging a myriad of troubling allegations.

The plaintiff in the complaint (beyond Buckeye Scoop’s parent company) is long-time Ohio State writer Marc Givler, with former Ohio State player Kirk Barton and Ken Stickney named as defendants. Stickney has long posted under the message board name “NevadaBuck,” a well-known and highly divisive Ohio State personality that has bounced around a few Ohio State sites over the years. He is a successful businessman who is probably most well known for owning/having owned some minor league baseball teams along with his well-known father, Hank.

It is believed that because of his stature in the business world, Stickney has preferred to keep his real identity separate from his message board persona. As seen below, NevadaBuck’s appearances never included his face and there are very few photos of Stickney available online.

So what went wrong here? Some highlights from the legal filing:

14. In June 2020, Barton, acting without authorization, took $7,500.00 from Scoop’s bank account for the purpose of purchasing a vehicle.

16. Four Star Freightliners (“Four Star”) is based out of Alabama and run by Jerry Kocan, a friend of Barton. Barton caused Four-Star advertisements to be placed on the front page of Scoop’s website despite Scoop never receiving any payment from Four Star. Jerry Kocan stated he gave Barton $5,000, but Scoop has never received anything from Four Star. Jerry Kocan is one of Barton’s proxies on the Scoop website, as discussed below.

17. Barton engaged in unlawful and unethical conduct that put Scoops’ media credentials with The Ohio State University athletic department in jeopardy. The loss of media credentials would threaten the continued viability of Scoop and would apply to all of Scoop’s staff.

18. Barton started a fantasy football league under Scoop’s umbrella for members of the site. Barton used his administrator privileges to change lineups at halftime of games to form the best possible lineup for his team and his wife’s teams. This was an attempt to cheat other league members, which were Scoop subscribers, out of money and jeopardized Scoop’s reputation. Electronically Filed 09/19/2021 23:56 / / CV 21 953241 / Confirmation Nbr. 2354869 / CLDLJ 3

19. Upon being admitted as a member of Scoop, Stickney demanded he be paid $7,500.00 to match Barton’s unauthorized withdrawal. 20. Despite being informed he was not entitled to the payment/distribution because he was not a member of Scoop when Barton made his unauthorized withdrawal, Stickney unilaterally withdrew $7,500.00 from Scoop’s bank account.

22. Barton was responsible for distributing Scoops’ merchandise. Scoop sold merchandise to subscribers through a third-party website. While thousands of dollars of Scoop’s merchandise was sold, Scoop never received any money from the sale of merchandise. Upon information and belief, Barton kept the revenue for himself.

The filing goes on to explain that Stickney and Barton tried to change the billing cycle to 28 days instead of monthly, among other various claims. While the entirety of the allegations above is rather troubling, the one that sticks out the most, and probably by design most vague is “Barton engaged in unlawful and unethical conduct that put Scoops’ media credentials with The Ohio State University athletic department in jeopardy. The loss of media credentials would threaten the continued viability of Scoop and would apply to all of Scoop’s staff.”

What exactly do we have here?

The following blurb appears on a few Ohio State websites, with many Ohio State media members not exactly being coy on what they know about the rumor. Some went as far as to imply Ohio State’s legal got involved.

To put in simple terms: the allegations, as I understand them, are that Kirk and Nevada directly paid a player to act as an insider for them. The player was injured at the time and Ohio State became suspicious as to why the injured player was watching practice film for every position group on the team, including phases of the ball he was not involved in. They dug in, found the relationship with Kirk and Nevada, that the film watching was being used to supply those two with info, and subsequently booted the player from the team.

Obviously, if Marc realized that two members of his staff were obtaining information from unethical means that damaged his and the site’s reputation and ended a player’s career at Ohio State, it would make sense to end the business relationship. If all of this is true, and I have reason to believe it is, Kirk Barton and Ken Stickney should never be allowed around Ohio State again.

If you’re reading this and are familiar with the personalities in question, I’m sure the most common reaction would be something like “this was inevitable,” while the unfamiliar are probably still wrapping their head around this huge mess.

For the latter group, let’s start with Kirk Barton. Barton had a highly publicized arrest a few years ago.

Barton has done local media for the Columbus Sinclair station. (There are rumors he’s been let go which would make him the second former OSU player rumored to have been let go by the station this month.) He hasn’t written much on the site and seems to have more been the social media and community strategist. He’s also a bit much on social media, though your tolerance or support of his tactics may hinge on your political leanings. 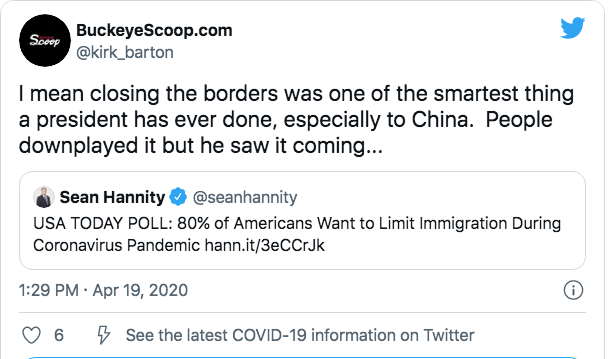 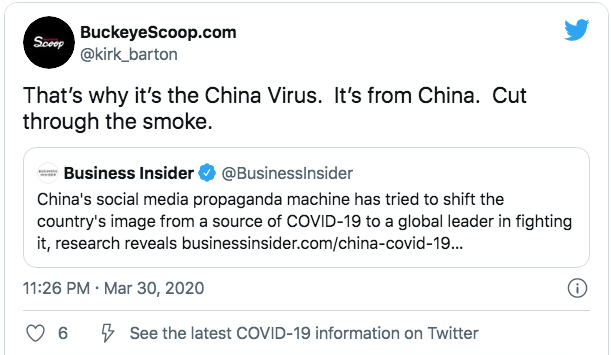 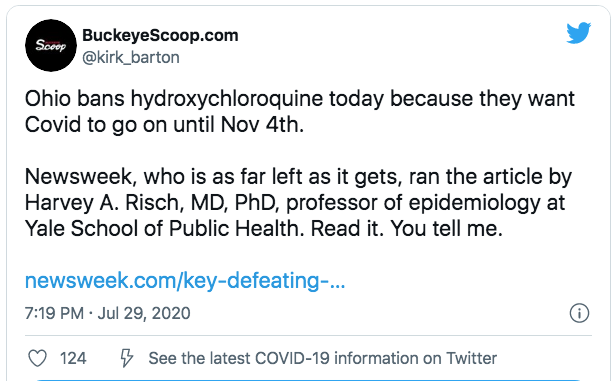 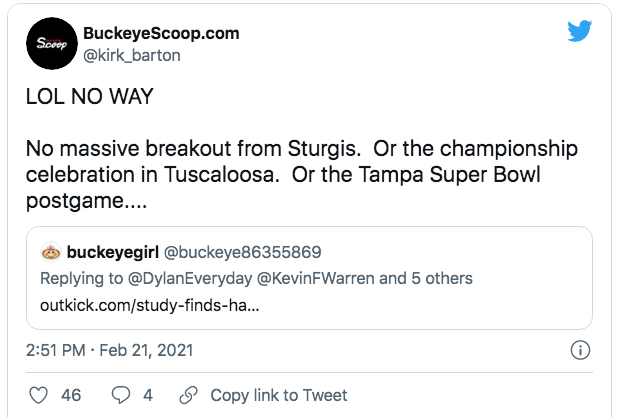 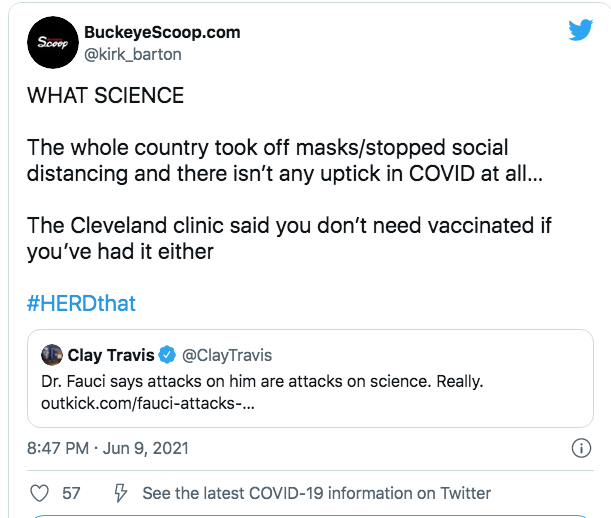 Stickney, his collaborator, has an equally checkered reputation. He came on to the Ohio State scene around the 2006 season and immediately played up his inside sources connected to the team. His insider information was always branded as “nuggets” with the source often being one of the three, and then later four, wisemen. These are supposedly powerful anonymous Ohio State insiders. Some believed that the insiders included Ohio State royalty such as Archie Griffin and Cris Carter as well as prominent media members such as Colin Cowherd. Others believed it was a ruse to just present various rumors or events likely to happen as being certain. 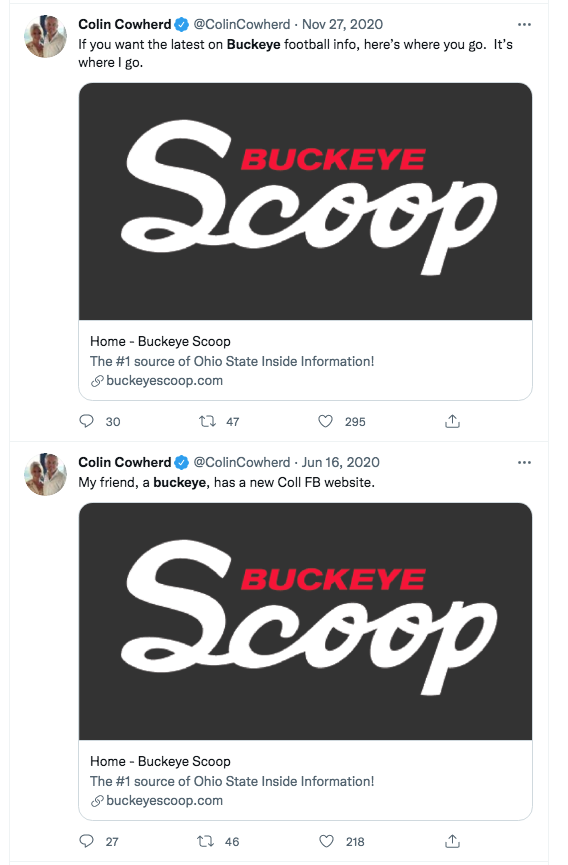 For years, Stickney lingered within the Ohio State media ecosystem as this anonymous poster who would occasionally correctly predict small to larger developments with various levels of accuracy. Along the way, Stickney napalmed bridges with other Ohio State media members as well as customers who dared to call out inconsistencies in his predictions.

A full takedown of similar COVID-denying sentiments, racially insensitive posts, and other examples of questionable behavior can be found here, but a short summary from that article:

NevadaBuck has cobbled together a not-insignificant following among gullible Ohio State fans by posturing as an insider exclusively on message boards and friendly podcasts. The environment is notable in that it allows NevadaBuck to escape the scrutiny that befalls an actual journalist, especially when he’s wrong (and boy, he’s wrong a lot).

Former coworkers, who spoke to The Rooster on a condition of anonymity out of not wanting to deal with the bullshit that comes with his legendary paranoia and vindictiveness, paint NevadaBuck as a fabulist egomaniac who has no problem siccing his message board followers on to anyone who pushes back against the narratives he peddles online.

Despite the wealth and power of his day job, Stickney (and later Barton) seemed to be obsessed with building an army of loyalists who trusted them as THE only inside information source on Ohio State football. Those who called out inconsistencies in the accuracy of the information would often be silenced, banned, attacked, or mocked. The whole shtick turned off most Ohio State fans, who openly mocked the pair and couldn’t believe they were part of such an ambitious venture.

At the end of the day, though, we live in an era where a loyal army of subscribers is often enough to justify ignoring increasing criticism while still paying the bills and feeding snowballing egos.

This culture of blind tribal addiction and loyalty to the source of alleged insider information is really what this story is about. The allegations and rumors remain for the moment unproven, as with so many things today. But did we learn from all of this and will anything change?

If you look below, despite Buckeye Scoop still having one of the larger and more talented staffs in the OSU media ecosystem, it appears people just want their fix and could care less what corners were cut and bad deeds were done to ensure they got it. This legal matter will eventually get settled and if Zach Smith still exists in the Ohio State media ecosystem given what’s known about him, you can rest assured Barton and Stickney will land on their feet. (Perhaps they’ll partner with Smith?) 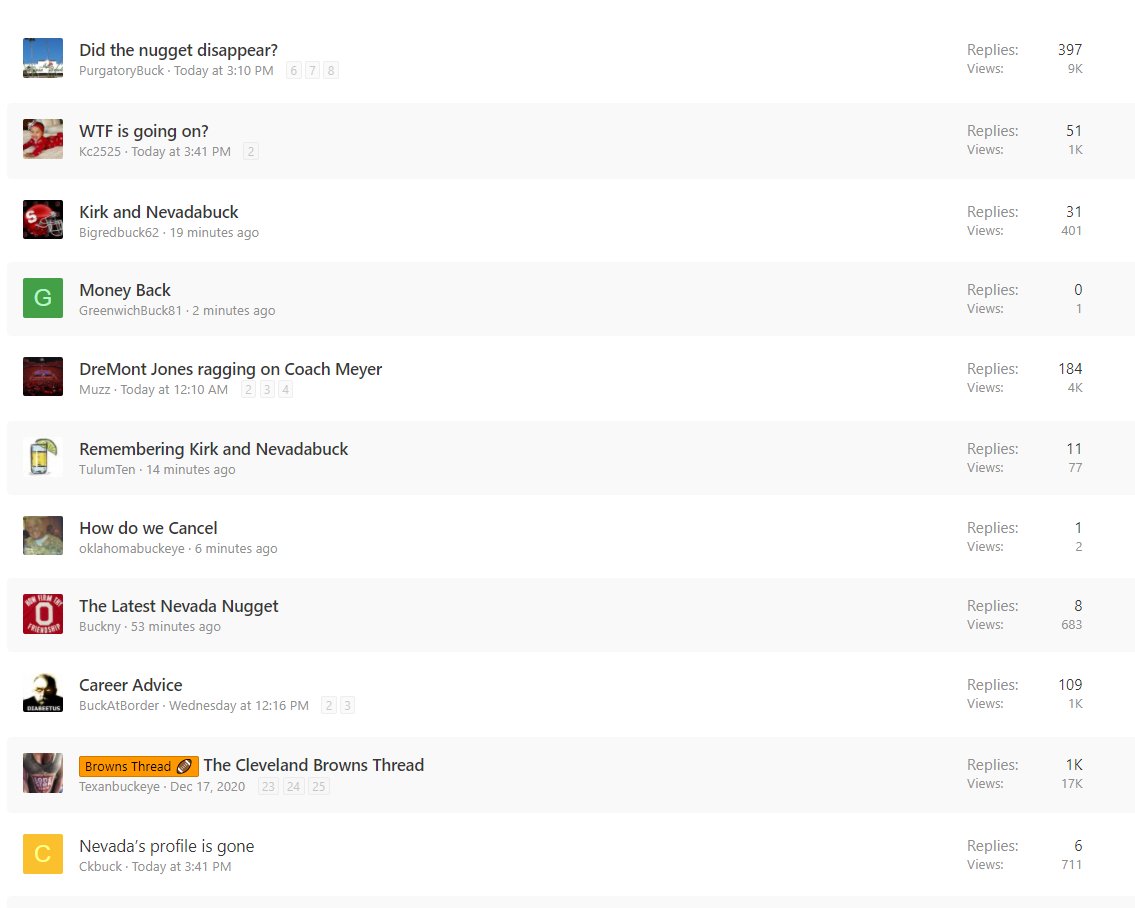 The addicts will always want their fix, and there’s money to be made and ego to be stroked, regardless of how moronic the whole grift is. It’s the world we live in.