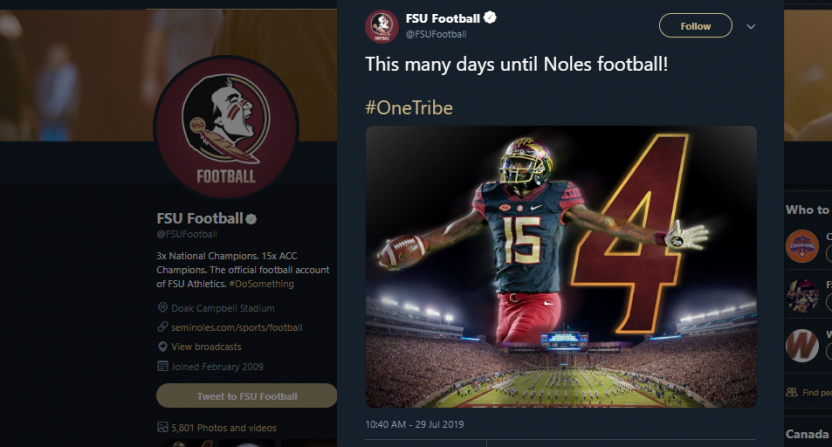 The Florida State Seminoles’ various official football Twitter accounts keep making headlines, and not for the right reasons. Around Martin Luther King Day back in January, the Seminoles’ official recruiting account tweeted an image of King with a Seminoles’ glove and took huge blowback. And now, their main official football account appears to have no idea how many days there are until their season opener (it’s 33, for the record; they play Boise State at Jacksonville’s TIAA Bank Field on August 31). Here’s a screengrab of the tweet they sent Monday, apparently trying to indicate it was 154 days to the season: 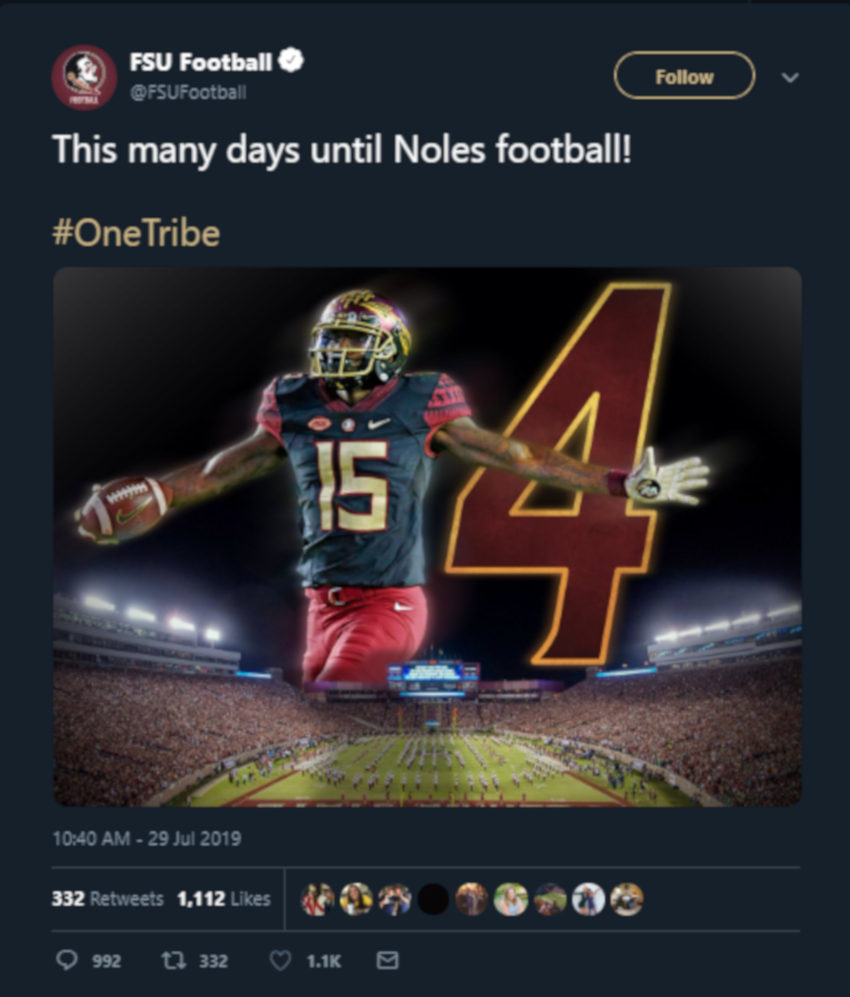 Amazingly, this was still live three hours later despite over a thousand replies. And really, if they were going for 154 days before the season opener, they should have sent this on March 30. But this wasn’t a graphic from then reused by mistake; the account only sent one tweet March 30, and they don’t appear to have been doing a countdown around then. They did do a March 19 countdown to their April 6 spring game, but the math there was a little better:

So it’s unclear what led to this blunder. Although, SB Nation’s Bud Elliott noted that they still have a social media manager posting open:

As you might have guessed, it actually is still open, per source.

At any rate, this led to some funny replies:

This literally makes no sense at all. Please delete this. It’s physically hurting my brain.

Even if this is a very elaborate ploy to say Florida State is targeting the Music City Bowl, Redbox Bowl, First Responder Bowl or Orange Bowl, that would still be worth mocking, as the Orange Bowl will not be hosting a playoff semifinal this year. But it seems more likely that this was just an error. It’s worth wondering how and why they made a “154 days” graphic that was then used nowhere near 154 days from the season, though.