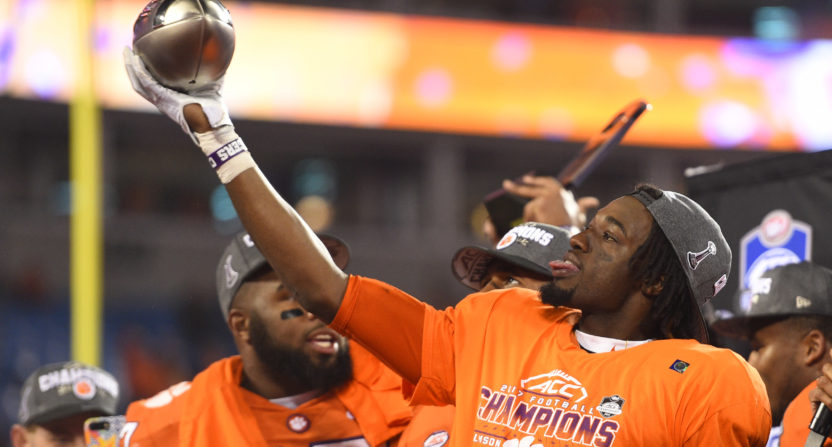 College football ratings declined a bit this year. That should not surprise anyone.

A modest to moderate sports ratings decline is inevitable. The audience may still be substantial. But cable customers are cutting the cord by the hundreds of thousands. People under 20 don’t watch “linear” TV. College football is not well placed to handle that shift. It depends on the cable model for national promotion. While video games such as Madden and FIFA are a way to reach young fans, college football opted not to have one.

Season-specific factors played a role this year. Conference races were boring, top-heavy, and predictable. The one competitive race was the Pac-12, which competed itself right out of the playoff discussion. Of the six teams ESPN purported were in the playoff mix during the selection show, five – Alabama, Ohio State, USC, Clemson, Oklahoma – were ranked in the initial top seven by the AP. The shocker was Florida State falling off. That detracted from the season rather than adding to it.

The Big Ten contract was a boost for Fox, the only network that saw a ratings increase. It was a corresponding blow to ABC/ESPN. The latter was left trying to make college football’s equivalent of “fetch,” the ACC, happen. Schools such as Florida, Tennessee, and Arkansas going into the toilet did not help CBS.

Perhaps the most critical reason college football ratings fell and will fall is that is the sport is not optimized for the present, much less the future. I would use a tired metaphor and say that college football moves like an ocean liner. But it’s an ocean liner operated by a consortium of squabbling captains who lock themselves out of the bridge. The lack of coordination is suboptimal.

Non-conference scheduling is brutal. It took work to get teams to schedule one live football game (though that paradigm may change given how the committee behaved this year). Even playing one tough opponent, teams still throw away 16-25 percent of potential regular-season television inventory to pad wins. That’s part of the reason why schools have trouble getting fans to show up on time or at all to games. More inter-conference scheduling agreements and adding a ninth conference game in the SEC/ACC could improve matters.

The four-team playoff helps the end of the regular season. Two of the top five viewership games in 2017 were the SEC and Big Ten title games, with playoff implications. But that’s also showing what college football is missing by not moving to six or eight teams. All five conference games would have playoff implications. In an eight-team format with home fields, college football would also add the best sports weekend of the year, in place of people pretending they look forward to Army-Navy every year.

Conferences also undercut each other with competing TV deals. The example to look toward is the NFL. The NFL negotiates its TV deals as a single entity and coordinates. Games are organized rationally on Sunday. Event games on Thursday, Sunday, and Monday nights bring in billions in additional revenue. College football is what would happen if each NFL division negotiated its own TV contract.

Two of the other top five viewership games were the major rivalries, Alabama-Auburn and Michigan-Ohio State. The fifth game was Alabama-Florida State, which drew more than 12 million viewers. It was a game between two top five teams, and it was also two top five teams playing with virtually no competition. The only other top 25 game that opening Saturday, Michigan-Florida, kicked off at 3:30 p.m. ET.

That scarcity was key. College football had bigger and better games during the 2017 season. The Michigan-Florida game rated as well as it did because it wasn’t dealing with 3-4 other games as Fox, NBC, ABC, and ESPN aired competing marquee night games. One shouldn’t have four screens airing separate games and still not be able to follow the Top 25 action.

College football could recreate that Alabama-Florida State game-level audience every week, with flex scheduling for later in the season. They could do a similar event game on Friday night, with teams more intriguing than Boston College playing.

There are many things college football could do to juice ratings and interest, such as more coordination and better scheduling. What college football decision makers will do is get caught up debating minor tweaks to their already terrible method of permitting teams to play for a national championship.