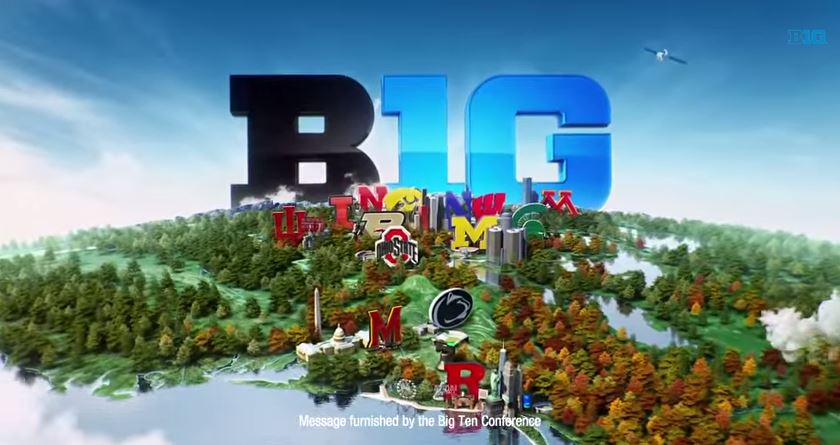 The Big Ten’s new rights deals (which will kick in for the 2023-24 season) will not include ESPN.  On Monday night, John Ourand of Sports Business Journal reported that CBS and NBC had “emerged as clear front-runners” to land Big Ten packages alongside Fox, and Brett McMurphy of The Action Network added that the conference was “finalizing” deals with those three networks, but kept open the possibility of a last-minute change that could see ESPN still involved. On Tuesday morning, though, Ourand reported that ESPN is now out of the running, and relayed financial details of the offer they turned down:

ESPN has pulled out of Big Ten media rights negotiations, ending one of the longest sports media relationships in the business. ESPN said no to the conference’s final offer of a 7-year/$380 million per-year package, sources tell SBJ.

Story to be filed soon.

Ross Dellenger of Sports Illustrated added more on what was in that package:

ESPN turned down an opportunity to bid on the Big Ten’s No. 2 game – the 3:30 p.m. kickoff package – that ultimately is expected to go to CBS, sources tell @SINow.

But that is double what ESPN is currently paying, and for a lot less. So there’s maybe some logic to them turning it down, especially considering their numerous other expensive rights deals. But this does set up an unusual world where the Big Ten won’t be on ESPN platforms. In fact, the very first college football game to air live on ESPN was the 1982 Independence Bowl, featuring the Big Ten’s Wisconsin Badgers against the Kansas State Wildcats (then in the Big Eight, now in the Big 12).

This change will have notable impacts for both football and basketball. In both of those sports, there are now a lot of games that used to air on ESPN networks that will now be on Fox, CBS, or NBC platforms. And this may impact some out-of-conference scheduling, too: for example, in basketball, Andy Katz noted that this may make it difficult to continue with the Big Ten-ACC Challenge:

Beyond that, it’s not completely clear yet if the Big Ten’s new deals will be exclusively with Fox/CBS/NBC and with the latter two networks’ streaming platforms (Paramount+ and Peacock, respectively), or if another streamer like Amazon or Apple might get involved as well. Nicole Auerbach of The Athletic had this to say on that front in a piece Tuesday:

The Big Ten is also expected to add a streaming package, a source told The Athletic, though it is not yet clear how it will be structured and whether or not Amazon or Apple will be involved. Both companies have significantly increased their investment in live sports programming in the past year. Another streaming candidate under consideration is Peacock, which is already part of NBC’s offerings, a different source said.

We’ll see where the Big Ten’s rights wind up. But it now looks clear that the conference will no longer air games on ESPN networks.