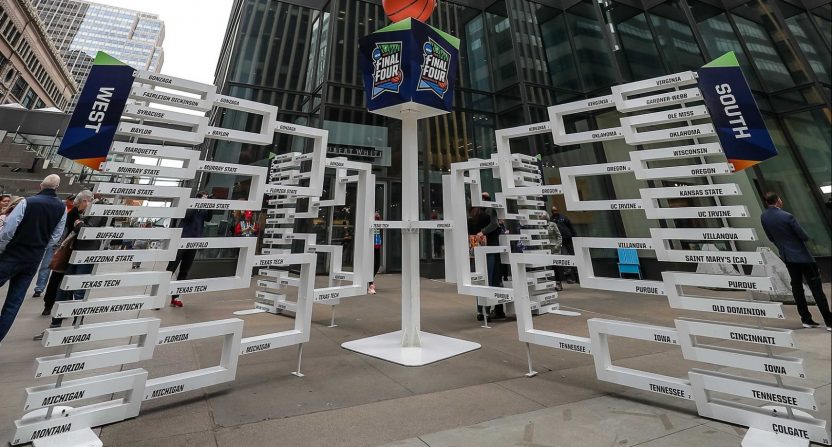 In the era of no live games, networks need to get creative with their content. ESPN is going with a tried and true method this March – they’re rolling out a 64 player “Greatest College Basketball Players of All-Time” bracket on Tuesday, with the champion revealed on Sunday, March 29th.

The bracket itself will be revealed on Tuesday night, and each region (West, East, South, Midwest) will be open for voting for 24 hours from Tuesday to Friday, with results revealed for each region on Thursday through Sunday. You can vote on both Twitter and Instagram.

ESPN will air a SportsCenter special revealing the bracket tonight, with several analysts involved in the reveal (including Bill Walton, who will clearly be a top seed in the bracket).

Update: That special has been moved to Thursday, March 19, thanks to Tuesday’s SportsCenter being filled with talk about Tom Brady heading to the Buccaneers.

Here are some of ESPN’s plans for the bracket, which includes plenty of online content, and the rationale for the players chosen.

Regions will be discussed, analyzed and debated throughout the coming weeks. Results will be revealed beginning Thursday, March 19.

Players were chosen by ESPN based on their overall play as college basketball players, factoring in both regular season and NCAA Tournament performance, statistical achievements and awards.

ESPN.com will provide a written guide to all 64 players in the bracket once names are revealed Tuesday night, and will complement the initiative with daily roundtables and predictions articles powered by ESPN writers and commentators, as the bracket advances through March 29.

And here’s the full schedule of voting dates and when the results will be revealed. 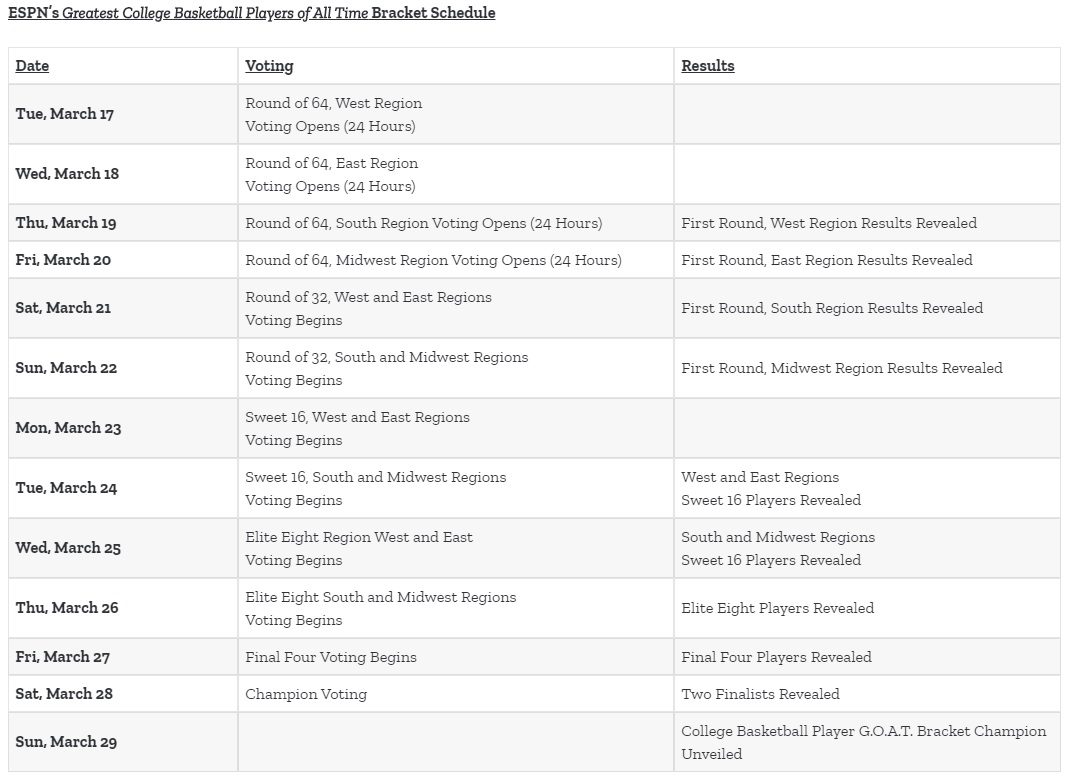 Because ESPN was general with their description of “best college basketball player,” you know there’s going to be some level of internet outrage regarding the amount of women in the bracket. There will either be not enough or too many. People will either be upset that there are zero, or that there are more than zero. The best option, in my opinion, would be to dedicate one full regional to women, just because it seems like the best compromise. Another option would be to have separate men’s and women’s brackets, but it doesn’t appear that’s going to happen.

It’s not the most original idea in the world, but hey, we’ll take whatever content we can get. Here’s hoping it doesn’t disintegrate into a farce, like the Face of MLB polling a few years ago that resulted in Eric Sogard finishing as the runner-up.