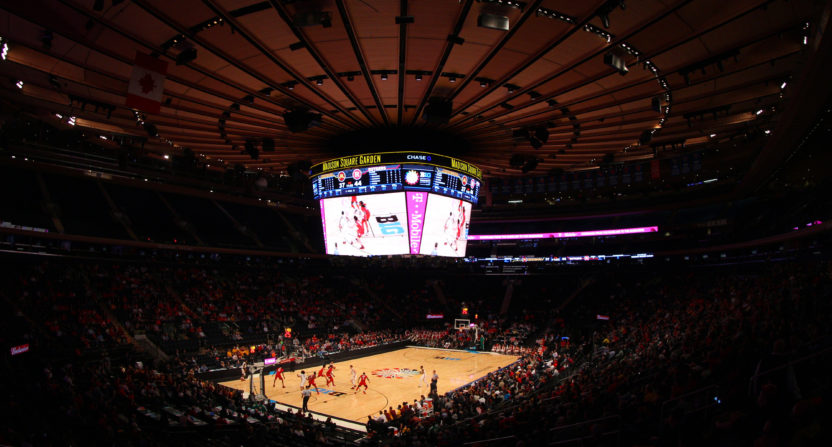 ESPN has been a guiding light in the sports documentary space for quite some time, a lodestar if you will. And although 30 for 30 seems to be going through something of a transition time, it doesn’t mean that ESPN is bringing its documentary operation to a halt. If anything, it’s only becoming bigger.

This week ESPN revealed what may be one of its biggest single projects to date – a 20 hour, 10 part documentary series entitled “Basketball: A Love Story” from director Dan Klores. To put the length of the series in perspective, Ken Burns’ Civil War documentary series on PBS had a run time of 9 parts and 11 hours, 30 minutes. Burns’ baseball series was also 9 parts and 18 hours, 30 minutes.

This series will span the college and the pro game and the format will be fascinating as it seeks to weave together 60 “interconnected short stories” from across the history of the sport.

“With ‘Basketball: A Love Story,’ Dan Klores weaves together the threads of many current and historical elements in a way that has never been done before, and it brings people inside the game in a fascinating manner,” said Connor Schell, EVP, Content, ESPN. “This is a special labor of love for Dan, and that comes through in the remarkable stories he chooses, the intricate way that he intertwines them, and how he tells them with care and humor – exploring the game of basketball, the cultural themes around it, and our own connection to it.”

The series boasts over 500 hours of interviews from some of the biggest luminaries in the pro and college game (and beyond) from Hubie Brown to Coach K to Nancy Lieberman and Allen Iverson to Dirk Nowitzki even much of the Inside the NBA crew. It covers the game’s past, present, and future. There might also be one certain media member who will catch your eye as making an appearance on ESPN airwaves.

Did you catch it? (And no, we’re not talking about Stephen A. Smith or Peter Vecsey.) Bill Simmons will apparently be featured in the project, which probably makes sense given he wrote the literal Book of Basketball. Simmons just re-signed a new contract with HBO so don’t jump to any conclusions that this appearance means a return to ESPN is imminent by any stretch of the imagination. However, it is interesting to see his name on any kind of ESPN platform. And as we’ve certainly learned from the likes of Keith Olbermann, etc…. never say never.

It remains to be seen whether or not this could truly be viewed as one cohesive film from start-to-finish or whether it will be more like 60 more distinct 30 for 30 short films tied together. The former would probably be a better viewing experience, but it would be fascinating to see what the selection will be and how it covers the entire history of the sport.

Making 20 hours of television is a monumental task but as we’ve seen with ESPN previously when they’ve swung for the fences in such a way it has led to fantastic results. Their OJ: Made in America series covered 5 parts and 8 hours. It has been widely considered to be one of the best pieces of programming the network has ever made. All it accomplished was becoming the first television series to win an Oscar, ESPN’s first Oscar win, and it became the longest film to ever win an Oscar.

Perhaps this is the way forward for ESPN – bigger and bolder. If this series is half as acclaimed as the O.J. documentary, it should open up a number of doors for ESPN to consider in its documentary film-making. Imagine the network making the definitive longform documentary on football or athletes breaking the color barrier or LeBron James or a million other different subjects. With all the stories to tell from the history of sports, there is no limit to what is possible.