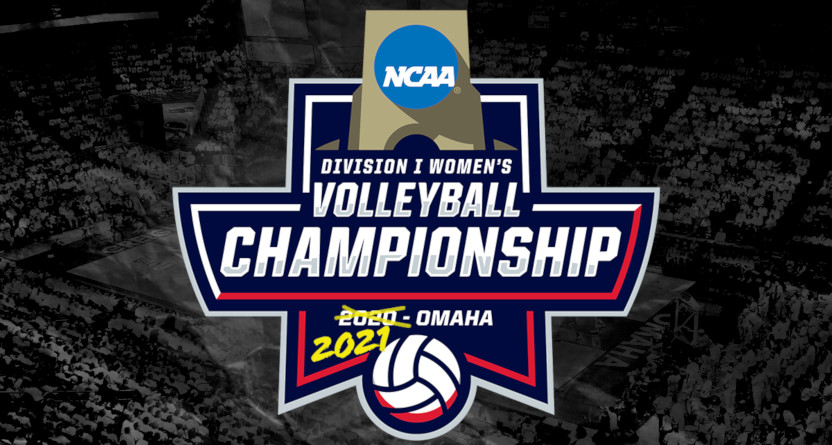 The NCAA women’s volleyball championship (which begins Wednesday on Omaha, Nebraska) will now feature commentators for all matches, with ESPN announcing that Friday afternoon. That came a day after reports, particularly from BTN’s Emily Ehman, indicated that ESPN was planning to show the first and second-round matches (on ESPN3, their subscriber-authenticated streaming service) without commentators, and after the NCAA indicated there was no requirement to have commentary on those early-round matches. Those reports drew a whole lot of criticism for the network and for the NCAA, especially in light of coaches’ other issues with this tournament setup and in the wider context of complaints about the inequity around the NCAA women’s basketball tournament. And that led to this change. Here’s more on that from Lincoln Arneal of The Omaha World-Herald, author of that last-linked piece:

BREAKING: ESPN has updated its coverage plans for the NCAA volleyball tournament and all matches in the first two rounds will be shown live on ESPN platforms and have commentators. pic.twitter.com/1qMVtea82S

There’s some important context here. As Arneal’s article from Thursday illustrates, the first- and second-round matches of this tournament usually haven’t been broadcast nationally; the rights have been turned over to schools, so many games have wound up on conference networks or on conference-linked streaming platforms like BTN Plus. So ESPN is taking on more and broadcasting more than they would have normally. And ESPN3 is not a bad venue in terms of access; yes, it’s digital rather than linear, which carries technical hurdles for some people, but it doesn’t come at an extra cost to those who already subscribe to linear ESPN via cable, satellite or streaming-TV packages (unlike ESPN’s other streaming service, ESPN+, which comes with an additional monthly fee).

But still, it seems very curious that the initial plans appear to have not included announcers. That’s really not an acceptable standard for a sports broadcasts, especially in 2021, where even countless high school games across sports have dedicated announcers. By contrast, even the Canadian university men’s and women’s volleyball championship streaming broadcasts (granted, much smaller tournaments, but also one with smaller audiences) have traditionally had announcers throughout. And it’s particularly bad when this is of a level of a national tournament that previously received regular coverage with announcers (albeit largely on conference networks and associated platforms with lower reach).  Once you have a certain level of quality for a particular level of an event, it’s hard to go backwards.

Of course, there’s a lot of “appear to” in there. ESPN never flat-out said that they weren’t going to have announcers for the first two rounds, and ESPN spokeperson Kimberly Elchlepp told Arneal only that the network was still finalizing its coverage plans “and will have more to share next week.” But it seems highly likely that Ehman’s initial report on the announcerless plan Thursday was accurate; if it was not, the NCAA would not have provided the “clarification” that they didn’t require announcers for the first two rounds (and really, that feels like a giant miss on their own part, especially at a time when their organization is being widely roasted for how it treats women’s sports):

Clarifications on the Division I Women’s Volleyball Championship: https://t.co/x6JtYOhnFQ#NCAAVB pic.twitter.com/PujgEjcxmF

And if that report was not accurate, ESPN would likely have issued a much stronger denial than “We’ll have more to share next week.” So this does seem like the initial plan here was to go without announcers for these early rounds, and that that only changed after ESPN and the NCAA got heavily dragged on social media. Here’s a small portion of that dragging:

The absence of media coverage for women’s volleyball is one of the biggest sports imbalances in our country. The lastest w @espn & @ncaa is a byproduct of it. What men’s sport is played at the level & popularity of women’s volleyball with the same lack of investment in coverage?

Hey @espn @NCAAVolleyball all I need is a remote feed and I'll GLADLY do this for free. Women's volleyball is growing more and more and the fact that there won't be broadcasters is ridiculous. https://t.co/YYW0cUoqmH

Just saw @espn won't have broadcasters for the first two rounds of the NCAA women's volleyball tournament. I'm legally blind. I'm gonna have to stand 6 inches in front of a 42" tv and try to figure out what's going on for any game I watch, and I will watch @UCF_Volleyball.i

@espn @NCAAVolleyball You aired marble racing with announcers…just wanted to remind you of that…marbles get announcers but not women’s volleyball? Cool choice pic.twitter.com/zScM504tny

This change doesn’t solve everything. The majority of the announcing is still going to be done remotely. And while there are some legitimate pandemic-related reasons for that and we’ve seen that across sports, remote announcing a. comes with some challenges for the announcers (and often, but not always, some diminished quality for viewers/listeners), and b. usually comes with significant cost savings for networks (which is worth keeping in mind whenever the “it’s about safety” arguments are made, as they often seem to find ways to get around that and have in-person announcers for high-profile events). And many of the coaches’ concerns about the venues (particularly localizing everything at the CHI Health Center arena and convention center rather than using other nearby arenas) have not really been addressed.

But it is positive to see that the backlash means the first- and second-round games will now come with announcers, as they should. The biggest remaining question here may be why the NCAA (which didn’t impose an announcer requirement) and ESPN (which came up with a no-announcer approach) thought it would be acceptable to air games without announcers in the first place. That was a bad decision, and while it’s now been remedied, it’s worth wondering why those organizations thought they could get away with that. And a ton of the blame here should fall on the NCAA; if you don’t require announcers for national championship broadcasts, which you absolutely should, that opens the door for broadcasters to try to get away without providing them.