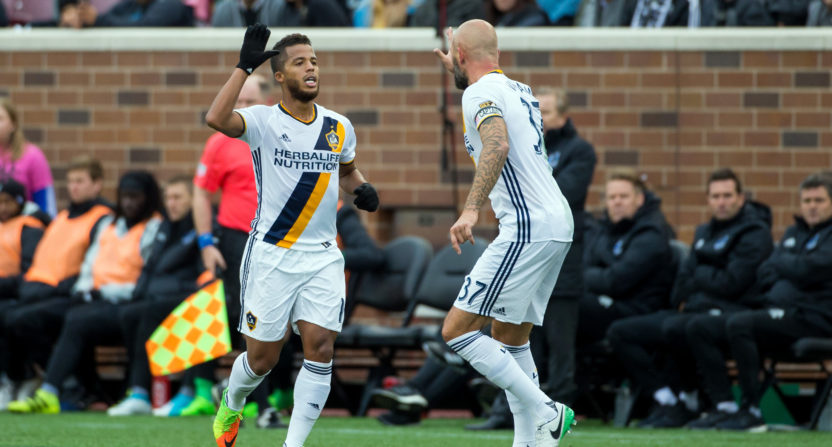 Six months after botching the rollout of its shoddy streams of NFL games in Canada, the British-based over-the-top sports service DAZN is back with a pair of prominent new agreements.

On Thursday, DAZN announced it had reached a multi-year agreement with Pac-12 Networks to stream Pac-12 events in Canada. Then, on Friday, DAZN and MLS announced a three-year deal that will have the service stream the league’s games north of the border. MLS LIVE, the league’s in-house streaming service, will move to DAZN.

“We are thrilled to move MLS LIVE to a great new platform in Canada while providing our Canadian fans a way to watch MLS action all season long,” MLS Canada general manager Diego Moratorio said in a release. “DAZN will expand the reach of MLS LIVE, providing supporters easier access to the games they love.”

DAZN subscribers in Canada will have live access to at least 262 regular season games, though games featuring Canada’s three teams (Vancouver Whitecaps, Montreal Impact, Toronto FC) will be available only on delay.

“Giving Canadian fans more access to the sports they love continues to be a priority for us, and today we are excited to be adding yet another great sport property to the growing DAZN platform in Canada,” DAZN executive Alex Rice, said in a statement. “The Pac-12 is full of high caliber student-athletes and competitions and Canadians will now have more access to that great content when, where and how they want to consume it.”

With these partnerships, DAZN will attempt to move past its NFL debacle last fall, when its first high-profile North American events were marked by slow streams, lag, and error messages. Those hiccups greatly frustrated Canadian NFL fans and inspired a DAZN Sucks Twitter account that is “dedicated to getting NFL Sunday ticket back onto cable in Canada.”

DAZN head of PR Paulo Senra told Awful Announcing in January that things have to run more smoothly on the service since its initial difficulties.

“Since our initial platform challenges in September 2017, we’ve seen a 43 percent increase in the number of our subscribers streaming NFL games in HD and more than 90 percent of our subscribers are now enjoying an HD-quality stream among all of our living room devices and web.