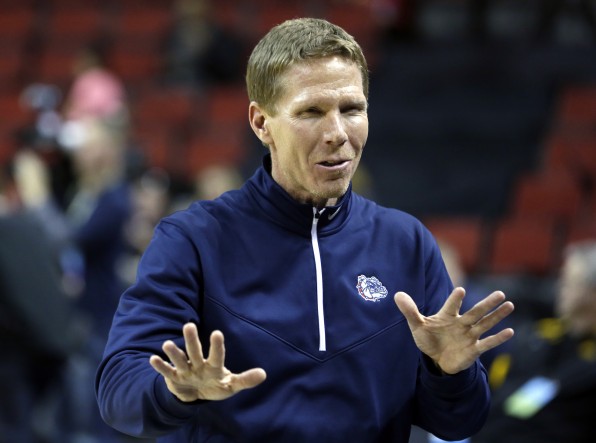 It’s that month again. It’s time to welcome some Madness into your life.

Which tournaments do you need to watch? You’ll find out soon enough.

Two brief notes before we get started: First, in many seasons, both the Missouri Valley and West Coast Conferences manage to get more than one team into the NCAA tournament. If you wanted to say that both conferences do not fit the typical definition of a “one-bid” conference, you would be entirely reasonable. However, the contours of this season are such that neither league can count on gaining an at-large NCAA tournament team. We’re therefore including those conference tournaments in this list.

Second, simply know that while this is the primary week for the one-bid tournaments, plenty of others will start in the second half of Championship Fortnight, coexisting with the power-conference tournaments. Highly successful teams such as Stephen F. Austin in the Southland, Arkansas-Little Rock in the Sun Belt, and Hawaii in the Big West all deserve national recognition and a click of your remote control. Yet, they all exist in tournaments whose brackets aren’t yet set. We are giving first priority to the one-bid tournaments which already have a bracket, and therefore a more concrete dramatic texture.

Last year, the No. 4 seed won the Patriot League Tournament. If that happens this year, the Army Black Knights will remove themselves from one of the saddest lists in sports. Army is one of only five Division I programs to miss all 77 NCAA tournaments. The Black Knights join The Citadel (Southern Conference), Saint Francis-Brooklyn (Northeast Conference), William and Mary (Colonial Athletic Association), and Northwestern (Big Ten) as part of the “forlorn five,” eligible for all 77 Dances but never able to crash the party.

The Patriot League is balanced and bunched up. Expect more chaos this year. We’ll see if Army can break through.

The conference in which a man named Stephen Curry played college basketball should produce a compelling tournament. Chattanooga is led by a 34-year-old first-year head coach named Matt McCall. The top-seeded Mocs — at one time a contender for an at-large bid — will try to fend off East Tennessee State, Furman, and defending champion Wofford.

Some conference tournaments have a more developed reputation as creators of chaos. The Colonial is one of them. Orderly, neat brackets rarely emerge in the Colonial, so you should be prepared for any outcome. William and Mary — one of the “forlorn five” mentioned above — is the No. 5 seed. Hofstra, once coached with distinction by current Villanova boss Jay Wright, is the top seed. Watching the semifinals and final should not disappoint — in much the same way that the Holiday Bowl is rarely a dullsville kind of game, the CAA rarely fails to excite the senses at tournament time.

One of the central dramas of Championship Week is created by the 50 schools (it was 53 last year, but Buffalo, UC Irvine, and North Florida removed themselves from this list) which have not yet made their first NCAA tournament. The High Point Panthers are the top seed in the Big South Tournament. However, star player John Brown suffered a foot injury this past week. If High Point can make its way into the final, the Panthers will be part of a must-see event. If they fail, the championship game will lose a lot of (but not all) of its appeal.

The NEC’s longstanding powerhouse, Robert Morris, has endured a rough season, which opens up the door for unpredictability in this tournament. Saint Francis-Brooklyn, seeded fourth, could benefit as a result. The Terriers want to turn the “forlorn five” into a list of four.

Another NEC school which has never tasted the NCAA tournament is Sacred Heart. The Pioneers are seeded third and have a very legitimate chance of making the final. A 4-versus-3 final — Saint Francis (NY) versus Sacred Heart — would be a magical event.

The New Jersey Institute of Technology was an independent school in recent years. Now in a conference, NJIT — which has never reached an NCAA tournament — had its chance to pursue a dream of Madness. The Atlantic Sun created a first-time Dancer a year ago (North Florida), and it could very do the same this year.

NJIT won’t be that team, however. The Highlanders’ opportunity came and went on Tuesday night.

Seventh-seeded Stetson — ineligible for the NCAA tournament yet strangely allowed to compete in the Atlantic Sun Tournament — knocked off NJIT. Yet, that doesn’t mean a first-time NCAA tournament entrant can’t emerge from this conference.

Lipscomb, seeded sixth, upset third-seeded Jacksonville in another A-Sun quarterfinal. The Bisons have never reached Bracketville, but if they beat Stetson in the rare 6-versus-7 tournament semifinal, they will play for their first NCAA tournament.

A first-time NCAA tournament participant could very easily emerge from this league in the coming days. Top-seeded Fort Wayne has never reached Bracketville. The 6-versus-3 quarterfinal pairs two schools — Denver and Omaha — which have never put on their Dancing shoes. The semifinals therefore become very interesting. If Fort Wayne and the Denver-Omaha quarterfinal winner both triumph in their respective semis, the Summit will guarantee a fresh face in March Madness.

If the top-seeded Wichita State Shockers win the Missouri Valley Tournament — the St. Louis-based event more commonly known as “Arch Madness” — the Valley will get only one team in the field of 68. If Wichita State makes the final and loses, the MVC could get a second team due to an at-large invite for the Shockers.

Northern Iowa — an erratic team which stacked up several losses outside the RPI Top 100, but defeated both North Carolina and Iowa State this season — will represent a more-than-formidable challenge for Wichita State. The Panthers, after all, won on Wichita’s home floor this season.

In Arch Madness, the defining feature of the event — year after year — is relentless defense. Tournament basketball is emotional and spirited in every corner of the country. Yet, few tournaments are as fiercely fought as the Missouri Valley’s Gateway City bash. Expect first-rate theater in St. Louis.

Monmouth has been one of the darlings of the 2015-2016 college basketball season. The Hawks, should they make the final and lose, will face a long wait on Selection Sunday. This is what conference tournaments are for, then: Removing the anxiety from the NCAA Tournament Selection Show.

Standing in the Hawks’ path is an Iona team which has experienced its fair share of heartbreak in this tournament over the years. The Gaels have come up short in a number of recent finals. Stung by those haunting losses, they’ll burn with fury in an attempt to chase away the demons of the past.

A Monmouth-Iona final, should it emerge, will be appointment television.

Usually (but not always), the Gonzaga Bulldogs enter the West Coast Conference Tournament with an at-large bid safely in their pocket. That’s not the case this year. Coach Mark Few reached his first-ever Elite Eight last season, but if he fails to win the WCC Tournament, he’ll have to coach in the NIT.

Gonzaga versus Saint Mary’s or BYU in a WCC final always produces an electric tip-time atmosphere. The WCC is and has been reliable in creating main-event finals, whereas other tournaments — besieged by bracket chaos — fail to offer the same box-office appeal.

Gonzaga-Saint Mary’s — if that’s the final throwdown in Vegas — will demand the attention of the college basketball world.