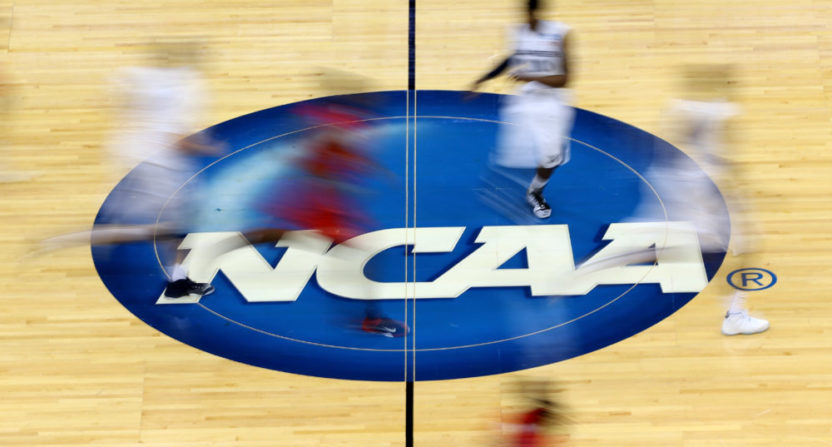 With the NCAA considering how to best proceed with the NCAA Tournament (men’s and women’s, obviously) as public health pressure increases in the wake of the Covid-19 coronavirus, there’s a chance that games will be held without fans in attendance.

We’ve already seen some conferences announce they’ll be doing that for conference tournaments, and it’s possible that’s where things are heading for some or all of the NCAA sites as well. Essential personnel only would mean a very different in-stadium atmosphere than we’re used to seeing, but according to executives from CBS and Turner, it might not hurt the ratings at all.

“That really is not something we’re really concerned about,” Zucker said on a conference call with reporters. “If it were to come to such a point, you would probably be in a situation where much of the country would be looking to watch the games, would be home, would be looking for that outlet and that relief.”

Sean McManus, chairman of CBS Sports, which is owned by ViacomCBS Inc., echoed that thought. Viewership would be determined by “the quality of the match-up, the closeness of the games and the various storylines that always develop during the tournament.”

McManus also said there would be no major changes to the telecasts if the games had no fans. There would be no crowd shots and a different atmosphere, but “the production would remain the same,” he said.

It’s a big-money question though, for all parties involved. That’s something that neither executive seemed inclined to discuss at this point, for obvious reasons.

More than 80% of the NCAA’s $1.1 billion in annual revenue comes from the basketball tournament. The vast majority of that is the organization’s broadcast deal with Turner and CBS, which was recently extended through 2032 and currently pays about $827 million a year.

McManus and Zucker declined to comment on whether their networks had insurance that might cover loss of business because of the virus. Donald Remy, the NCAA’s chief operating officer, said last week that the organization had business interruption insurance that it believed would cover some potential losses resulting from the outbreak.

Zucker’s point that the event of widespread concern severe enough to force NCAA Tournament games to be played without fans would mean a lot of America would be at home has some validity, at least on the surface. People need something to do, and even though the coronavirus has disrupted a lot already and will likely continue to do so, it’s hard to imagine most people not entering a bracket pool over it.

If it does happen, it’s going to make for a different television product, though, especially for bigger games. (There are some early round games every year that feature nearly empty stadiums, after all, with fans of other teams playing in that session not arriving or leaving early.) That’s certainly going to affect production, but if the games do get played, it’s probably not going to keep people from watching.